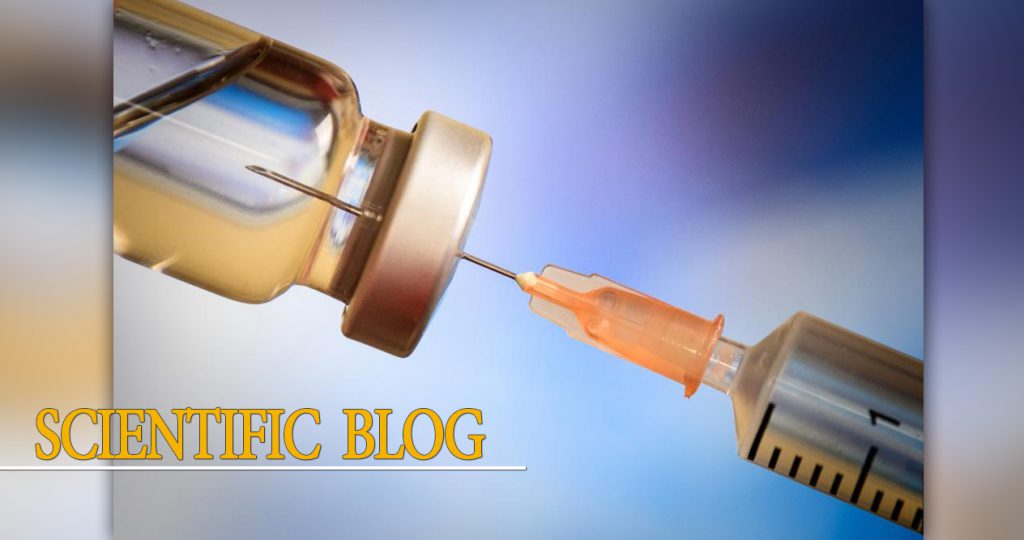 Mammals, including humans, after certain infectious diseases, develop immunity. This means that they are able to resist these particular diseases. Disease-causing agents are called antigens. When a person catches infection for the first time, organism uses a variety of defense strategies and, after victory, produces special Y-shaped proteins, antibodies (immunoglobulins). The antibody fits the antigen as if it were the key to the lock. Antibodies produced by our organisms, in case of recurrence of the same infection, recognize the disease-causing agents, recall the “rules of the fight” and easily defeat them. Such adaptive (acquired) immunity is called immunization.

What is the difference between natural and artificial immunization?

Immunization occurs in two ways: naturally, that is, as a result of direct, natural contact with the disease causing agent, and artificially, when a medical intervention takes place. In our country, natural contact is also called overcoming the Batonebi (or Masters in Georgian) and they tried to defeat the infection with various rituals. We can achieve artificial immunization by introducing a vaccine into the body, that is, by vaccination.

What types of vaccines are there?

There are prophylactic and therapeutic vaccines.

The prophylactic vaccine can be:

Therapeutic vaccines are used after catching infection to initiate and/or enhance the immune response. For example, there is no cure for rabies, it is a deadly disease, and the only way to protect ourselves is to use a rabies vaccine.

What infectious diseases have been eradicated by vaccines?

No one has been infected with the smallpox in the last 45 years. This disease has killed 500 million people in the last millennium. Worldwide vaccination of the population has led to the complete eradication of the smallpox-causing virus in nature, and it is kept only in the laboratories of Atlanta (USA) and Novosibirsk (Russia) in accordance with the strict rules of biosafety.

The vaccine is credited with eradicating cattle plague, which has caused significant economic damage to the world’s agricultural sector.

Poliomyelitis is considered almost completely defeated, with only about 500 cases reported annually in Afghanistan, Pakistan and some African countries together.

The World Health Organization plans to completely eradicate measles, rubella and mumps by 2025.

What are the risks if parents do not vaccinate children?

Parents try to create a safe environment for their children, pay special attention to food, carefully choose toys, take care of them, worry when they are ill and enjoy their success. Timely vaccination is one of the most important and unalterable ways to take care of children’s health.

It is believed that before the vaccines were introduced, the mortality rate at an early age was very high, and the average human lifespan did not exceed 35 years. According to current data, every year 2 million children die from diseases that can be prevented by timely vaccination.

Vaccination protects your children as well as those whose vaccination is not recommended. These include: newborns (due to age), people with chronic diseases, the elderly people.

It should be remembered that tuberculosis, diphtheria, pertussis, measles, rubella, mumps, poliomyelitis, hepatitis, tetanus and pneumococcal infections have not been eliminated, but we can manage them, reduce their harm and avoid complications caused by these diseases.

“Vaccinate and protect!” This is the call of the World Health Organization.

What is the purpose of anti-vax movements?

A certain group of people question the effectiveness and safety of vaccines, not believing in the need and reliability of vaccines. Some see immunization as a mass experiment in which children are “chipped” and “a god knows what else is introduced”. Some talk about serious diseases caused by vaccines, while others think that good vaccines are only available in rich countries.

It is difficult to determine exactly what such views are based on or what nourishes the various conspiracy theories. But what we can say for sure is that the anti-vax movement is not new. In the UK, at the end of the 19th century, with the introduction of the flower vaccine, people protested and even considered it unchristian because the vaccine was made from a cow with smallpox. Mass demonstrations against the smallpox vaccine continued in the United States, and moreover, the anti-vaccine organization was established.

In the mid-1970s controversy over the diphtheria, tetanus, and pertussis (DTP) immunization erupted in many European countries, the United States, and Australia.  Neurological conditions in 36 children in London were mistakenly linked to DTP immunization. Newspapers rapidly piqued public interest and anti-DTP-vax demonstrations began, leading to a whooping cough epidemic.

Large-scale anti-vax activities regarding measles, mumps and rubella (MMR) immunization began about 20 years ago when in 1998 Dr. Andrew Wakefield and his co-authors published an article in the highly acclaimed scientific journal The Lancet. The authors suggested that in 12 children tested, autism was linked to the MMR vaccine. Later, the editor stated that the article should not have been published, because it turned out that Andrew Wakefield, hoping to financially profit, falsified the data, there was a bias in patients’ selection, and bribed parents of children with autism. Because of this, Dr. Wakefield was struck from the medical register and banned from practicing medicine forever.

The anti-vax movement remains relatively consistent. To date, none of the studies have confirmed a causal link between vaccines and any disease. As there are no vaccination-related health problems, while there are serious consequences and even deaths caused by infectious diseases, healthcare professionals actively carry awareness raising campaigns. Moreover, vaccination is funded by the state budget in many countries and is available to the general population. Many media outlets refused to publish anti-vax publications. For instance, YouTube banned anti-vaccination videos and stated that these videos violate their policy.

Do vaccines have side effects like medications and what way do they go before being used?

Vaccines are safe to use. Before a vaccine is produced, it goes a long way of testing. It is tested for: immunogenicity – how effective it is; conservancy – how stable the components of the vaccine are and whether it can withstand transportation; nonspecific impurities – whether it contains antibiotics, proteins or other waste products used in the cultivation of the vaccine.

In clinically healthy people, vaccination is followed by complications in only a few cases. There may be redness of the injection area, swelling, fever, weakness. Despite the expected side effects, the risks of the diseases resulting from not-vaccinating are much more dangerous. Don’t make uninformed decisions, trust professionals, properly assess risks, and protect your loved ones.

The science blog was prepared by the Media Development Fund (MDF) with financial support from the Black Sea Trust (The German Marshall Fund). The views expressed in this material are those of the author and do not necessarily reflect the views of the Black Sea Trust.