What Was (Not) the Confession of Klaus Schwab? 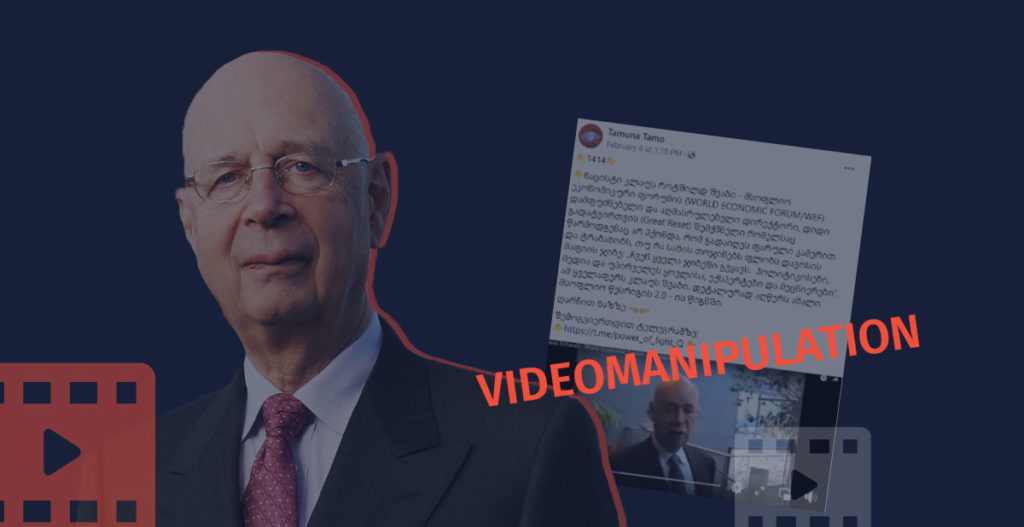 On February 8th, the Facebook account “Tamuna Tamo” posted a video of Klaus Schwab, the founder of the World Economic Forum, claiming that Schwab bragged about controlling “politicians, media, scientists, experts, etc..” The post also claims that Schwab was filmed with a hidden camera, and he did not know about the recording; however, according to the post, Schwab tells about the methods of controlling representatives of different fields of the world in the book “New World Order 2.0”. 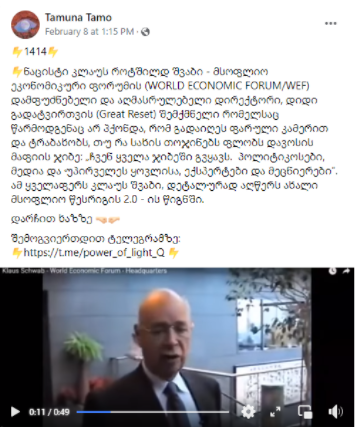 The disseminated information that Klaus Schwab was recorded using a hidden camera saying that he controls politicians, media, scientists and representatives of many other spheres is false. The footage is a small excerpt from a 2007 video where Schwab makes a list of who the World Economic Forum is collaborating with. The released video does not show what question is Schwab responding to.

The full version of the video was published on the official YouTube page of the World Economic Forum in 2007. The video is neither a secret recording nor a confession, as the organization’s founder Klaus Schwab offers viewers a short tour of the World Economic Forum headquarters and, at the same time, talks about the organization’s activities. From 3:40, Klaus Schwab is asked which stakeholders are involved in meetings with the organization, to which Schwab lists those stakeholders as businesses, governments, NGOs, trade unions, media, experts, scientists, and academia.

You even have religious leaders, right? – Asks the video recorder to Schwab. Schwab confirms that they also work with religious leaders and social entrepreneurs. Consequently, Schwab makes a list of the organization’s partners; hence, the claim that Schwab controls them is conspiratorial.

The 49-second-long clip of Klaus Schwab has been circulating on various social network platforms since December 2021, including YouTube, Twitter, and various blogs. It was also published in Indian and Spanish online publications on February 6th and 8th this year. The video was circulated with a similar description, according to which “Klaus Schwab admits that he controls everything,” and he was “filmed with a hidden camera.” 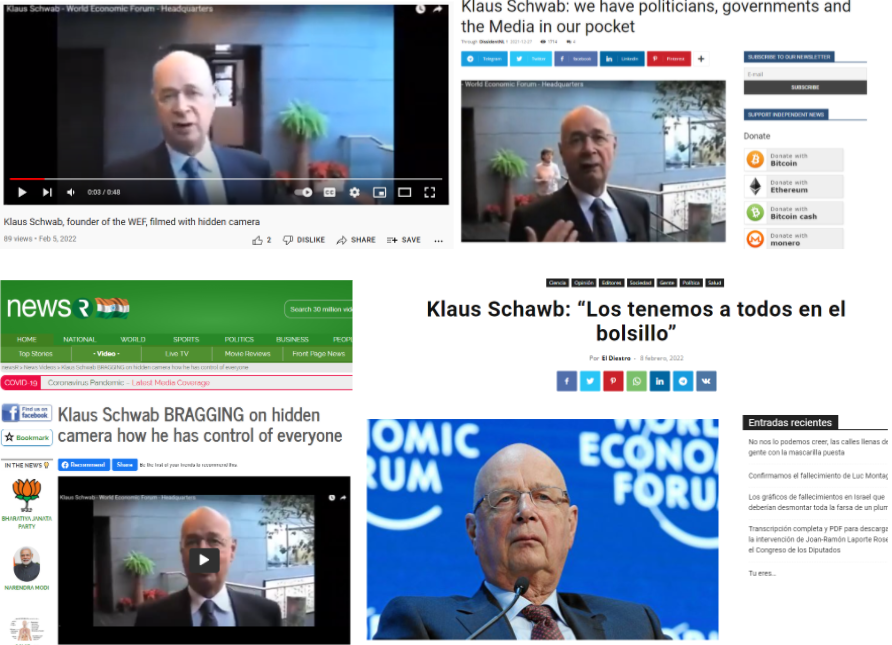 The World Economic Forum was founded in 1971 by German engineer and economist Klaus Schwab. The forum annually hosts various stakeholders, including politicians, economists and investors, in Davos, Switzerland, for a conference to discuss global issues. Schwab himself and his books have been the target of conspiracy theorists in the past as well. Schwab was linked to a “New World Order” conspiracy, as if his books were about banning religion and private property. Read more about the materials about Klaus Schwab fact-checked by “Myth Detector”:

Facebook user “Tamuna Tamo” has shared other disinformation and conspiracy theories in the past. One of the posts was about the alleged resemblance between Justin Trudeau and Fidel Castro. For more, see the article by “Myth Detector.”

Tamuna Tamo’s profile does not feature any personal photos, and the profile’s URL address indicates ‘giorgi.rurua.9,’ which hints that the account is fake. 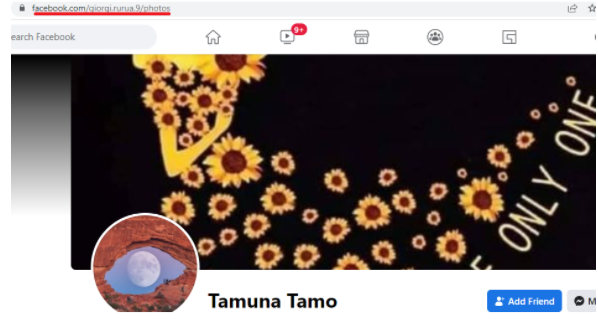