What Role Does the Kremlin Play in the Karabakh Conflict? 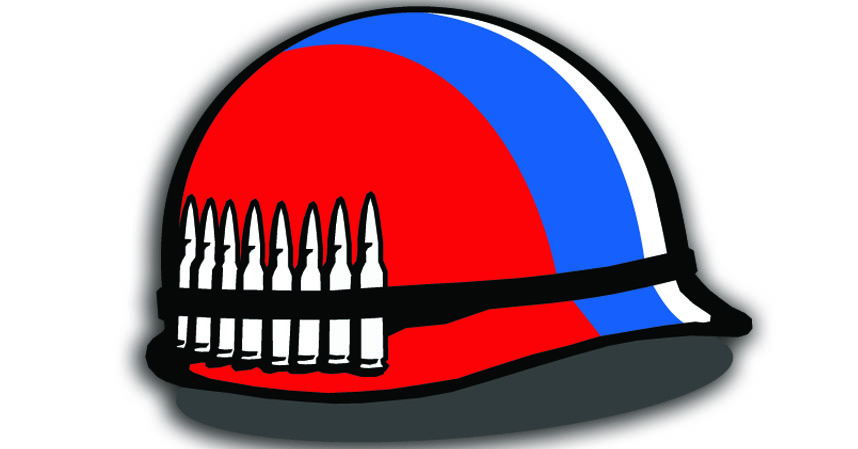 On June 23, an online edition Georgia and the World published an article titled “A Peaceful Caucasus is in the Interests of Russia”. The article aims to showcase Russia as the sole guarantor and stakeholder of the peace in the Caucasus region. The article mentions that Russia makes lots of effort to settle the Karabakh dispute, also within the framework of the OSCE Minsk Group. The author compares the situation with the conflict in Georgia and expresses an opinion that Russia tries to establish peace, while the West is a destructive force.

1. The Kremlin’s policy became one of the reasons behind the increase of the conflict intensity in the beginning of 1920s and the end of 1980s.

The present-day conflict between Armenia and Azerbaijan over the disputable territory of Nagorno-Karabakh has its root in the decisions made during the Sovietization of the South Caucasus countries in 1920s. On December 2, 1920, Stalin, who served then as the Commissar of Nationalities, made a decision, according to which Karabakh, Zangezur and Nakhchivan would fall under the control of Armenia. But this initiative was condemned by Nariman Narimanov, the head of Azerbaijani’s revolutionary committee. Four months later the Soviet Union and the Republic of Turkey signed the Treaty of Moscow or Treaty of Brotherhood. To further strengthen the partnership with Turkey, Stalin placed both Nakhchivan and Karabakh under the control of Soviet Socialist Republic of Azerbaijan.

Along with weakening the Soviet Union, the issue of Nagorno-Karabakh caused further tensions between Armenia and Azerbaijan.

By the end of 1980s, the Kremlin’s policy caused an escalation of the conflict. In January 1988, Arkady Volsky, widely known for his separatist opinions, was appointed as the Representative of the Nagorno-Karabakh Central Committee. In January 1989, he was appointed as the Head of the Nagorno-Karabakh Special Administrative Committee – something that clearly went against the interests of Azerbaijan. The Kremlin’s decision sparked outrage in Azerbaijan, while Armenia considered the Kremlin’s move as a “green light”. Minor skirmishes began in 1988 and turned into a war following the dissolution of the USSR.

2.  Russia was directly engaged in the armed conflict in Nagorno-Karabakh and was supplying both sides with arms.

According to a report by the Human Rights Watch, Russia was directly involved in the Nagorno-Karabakh conflict. In February 1992, Russia’s Motorized Rifled Regiment #366 was taking part in Khojaly events – which resulted in 487 deaths and more than 1,000 imprisonments – on Armenia’s side. In September 1992, Azerbaijan arrested six members of Russian Special Forces in Karabakh. Moreover, it is suspected that Russia was supporting Surat Huseynov, an Azerbaijani General, and was training Azerbaijani military units.

3. Russia remains the largest arms supplier to Armenia and Azerbaijan.

For years, Russia has been issuing large loans to Armenia for purchasing arms. In 2016, Russia placed Iskander mobile short-range ballistic missile systems in Armenia and stated that it would form joint military forces with Armenia which would encompass the 102nd Russian military base near Yerevan and the 4th corps of the Army of Armenia. In 2017, the President of Armenia noted that he would use missiles against Azerbaijan if the war broke out.

At the same time, Russia has been supplying arms to Azerbaijan as well. According to the 2012-2016 data by Stockholm International Peace Research Institute (SIPRI), Russia is Azerbaijan’s largest arms supplier, accounting for 69% of all its arms imports. Russia has initiated military cooperation with Azerbaijan, too. Dmitry Rogozin, the Deputy Prime Minister of Russia, often visits Baku concerning the issues of military cooperation and lobbies the arms sales and the development of bilateral cooperation. On September 8, 2017, Valery Gerasimov, the Chief of the General Staff of the Armed Forces of Russia, was in Baku as well to discuss further military-technical cooperation with Ilham Aliyev. In 2020, Azerbaijan has been in negotiations with Russia about the purchase of a last generation military helicopter.

The militarization of Azerbaijan and Armenia increases the risk of intensifying the conflict — something that already happened in 2016 as well, when a four-day war broke out between the two sides.

4. Russia has prevented the peaceful resolution of the conflict within the framework of the OSCE Minsk Group.

Russia, together with the United States and France, is one of the co-chairs of the Minsk Group, created in 1994 in the framework of the OSCE. The Minsk Group is the most important international format that aims to peacefully resolve the Nagorno-Karabakh conflict.

The main aim of the Minsk Group is the mediation between the conflicting parties. However, Azerbaijan is skeptical towards the mediation process, as Russia has been supporting Armenia in the conflict – its only strategic partner in the Caucasus region and a member of the Collective Security Treaty Organization, which obliges the signatory parties to defend each other.

Russia often brings confusion and prevents a coordinated functioning of the Minsk Group. It has held bilateral meetings with Armenian and Azerbaijani ministers and has been single-handedly creating conflict resolution plans, jeopardizing the OSCE mission and depriving the Minsk Group the possibility to bring the warring sides together based on the terms that it offered.

Russia has been using the Nagorno-Karabakh conflict as a foreign policy tool and a leverage to influence the neighbors — much like other conflicts (Georgia, Moldova) that emerged in the post-Soviet space following the dissolution of the Soviet Union. It has been trying to play the role of main mediator, ultimately becoming the reason behind the lack of trust towards the peace-making process and its inefficiency.