What Messages does “Patriot” Tarkhan-Mouravi Get from the Russian Satirical Edition Panorama.pub? 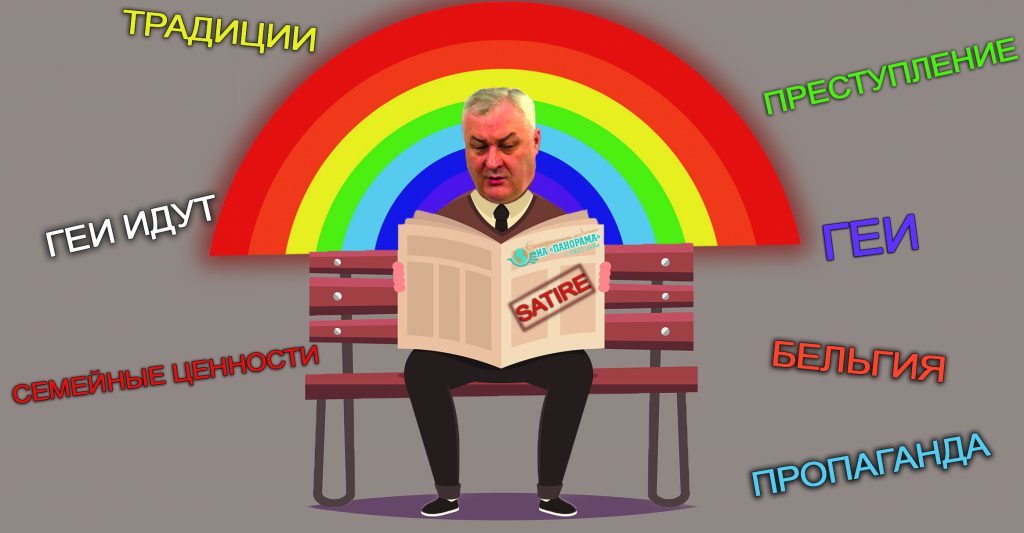 Disinformation often spreads from satirical-humorous platforms. Three days ago, a pro-Russian online edition Saqinform disseminated a story made up by a satirical edition about Belgians and traditional family values. This time, on February 18, one of the leaders of the Alliance of Patriots, Davit Tarkhan-Mouravi repeated an identical message on air at TV Obiektivi’s Russian program “Неделя“ (“Week”) and tried to showcase the information, that propagating family values became punishable in Belgium, as real.

From a satirical edition panorama.pub to the leader of Alliance of Patriots

The satirical edition panorama.pub published the information about introducing a criminal punishment for propagating family values in Belgium on February 14, 2020.

The story made up by the Russian tabloids moved to the Georgia media, too. On February 17, Saqinform disseminated this story as a real fact, while on February 18, the Leader of the Alliance of Patriots and a member of the Parliament of Georgia repeated the fake story.
Panorama.pub even has a disclaimer on its website about the humorous character of the edition.

The edition’s website includes a statement about its mission, which mentions that it is a humorous edition.

The edition’s satirical nature is also indicated on its logo.

Showcasing satirical-humorous made up stories as real news is one of the methods of propaganda. Using this method, tabloids and propagandist editions try to establish the opinion that Western society is characterized by phenomena such as ignorance towards traditions and values, zoophilia, necrophilia etc.

Myth Detector has written about made-up stories earlier as well: