What Judgement did the Lisbon Court make, and how do Anti-Vaxxers interpret it? 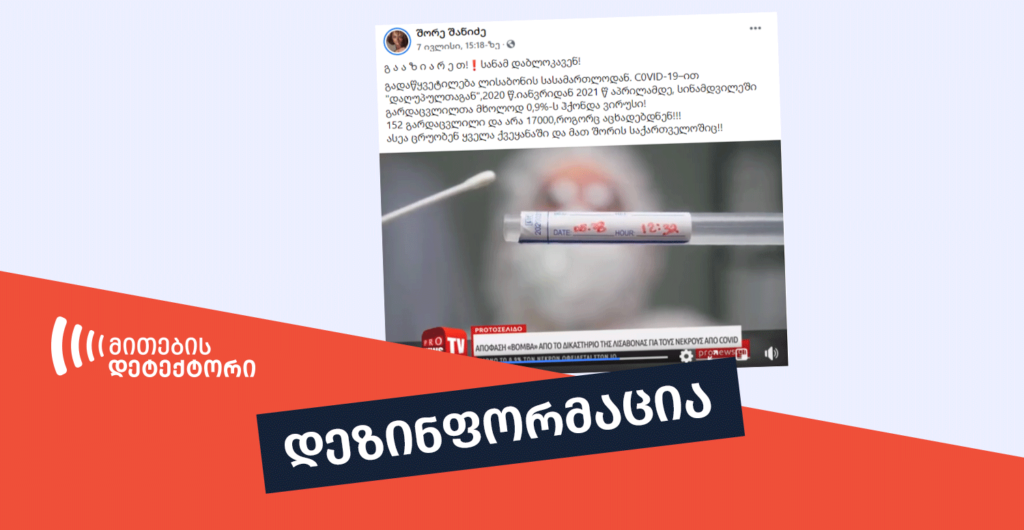 On July 7th, an anti-vaxxer Shore Shanidze published a post claiming that according to the ruling of the Lisbon Court, out of 17000 covid-related deaths in Portugal, only 152 (0.9%) were truly caused by the virus. Furthermore, Shanidze claims that almost every country (including Georgia) fabricates the COVID statistics. The post is accompanied by the video of the Greek media outlet pronews.gr, which voices a similar idea that of Shore Shanidze. 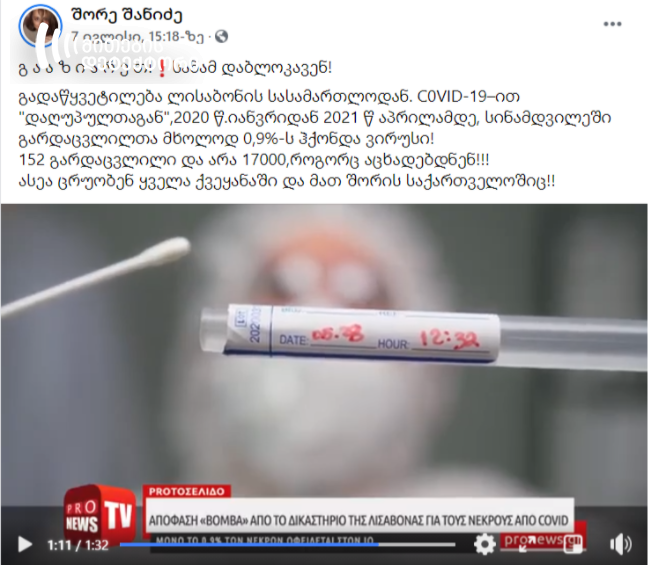 The information stating that out of 17 000 covid-related deaths in the country, only 152 (0.9%) were truly caused by the virus is false. The ruling of the Lisbon Court stresses that the death certificates mentioned in the article are issued by the Ministry of Justice, while all the rest are confirmed by the Ministry of Healthcare.

Greek media outlet pronews.gr has published an article, which uses the document issued by the Lisbon Court to support the claim that out of 17 000 covid-related deaths in the country, only 152 (0.9%) were truly caused by the virus, while the remaining deaths were caused by other causes. The post also includes a screenshot showing the document; nonetheless, no such information can be identified on the screenshot. The mentioned part confirms that the death certificates for those 152 cases were issued by the doctors working for the Ministry of Justice. 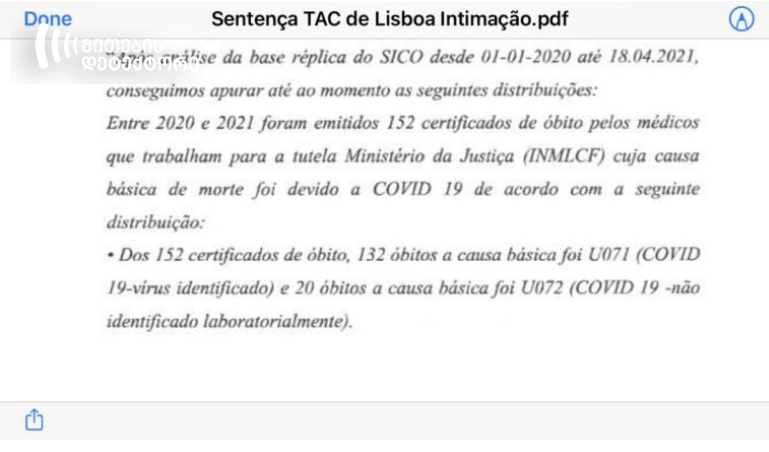 The information was assessed by the Portuguese and Polish fact-checking organizations. According to Fakenews.pl, the false information based on the ruling of the Lisbon Court was shared by the Canadian right-wing portal LifeSiteNews, which has been found spreading disinformation and anti-vax content regularly.

Death certificates in Portugal are usually issued by the Ministry of Healthcare. The involvement of the Ministry of Justice (i.e. the doctors of the National Institute of Judicial Examination) occurs only in case of an alleged cause of death by a crime. The above-mentioned 152 deaths represented similar cases, where the cause of death – coronavirus – was confirmed only after performing an autopsy. As for the remaining 17 017 cases (as of June 23rd), since they were not crime-related, the respective death certificates were issued by the Ministry of Health.