What is Vasadze’s problem with Ivanishvili and why are the anti-liberals going after a social worker? 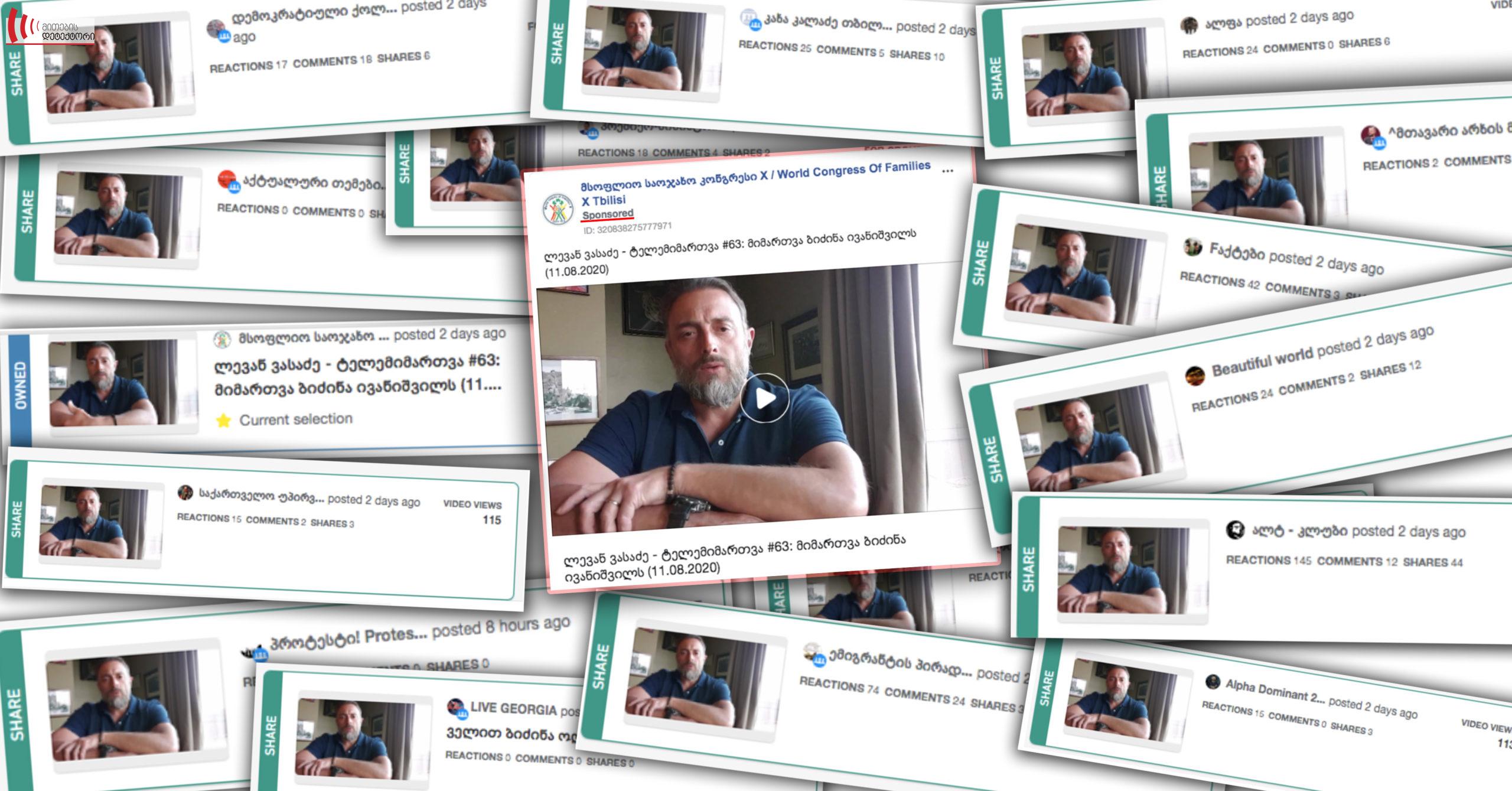 On August 11, 2020, Levan Vasadze posted a video-address to Bidzina Ivanishvili on Facebook. Together with other issues, he reviews the case of separating a three-year-old baby from a single mother by a social worker. Based on this specific incident, Vasadze discusses the negative consequences Child Rights’ Code in general and claims that the Code goes against the family institute and the nation.

In the beginning of August, three months after the incident, ultra-conservative and anti-liberal groups activated the issue. They held a protest in front of Vake-Saburtalo Service Center of Social Service Agency on August 6, demanding that the three-year-old be returned to the mother. They also actively started to speculate on the issue on social media and revived a Russian message-box about the family institute in the pre-election discourse. The given message-box identifies the juvenile legislation with fascism, proposes a thesis according to which the West is destroying the family institute, and specifically targets social workers institute.

Four messages have been disseminated by anti-liberal groups and media outlets:

ლVasadze’s video-address, which since then has been published by the Facebook page of the World Congress of Families, had 204,000 views and 4,700 shares as of August 14. The video has been shared in 34 groups and pages, including: 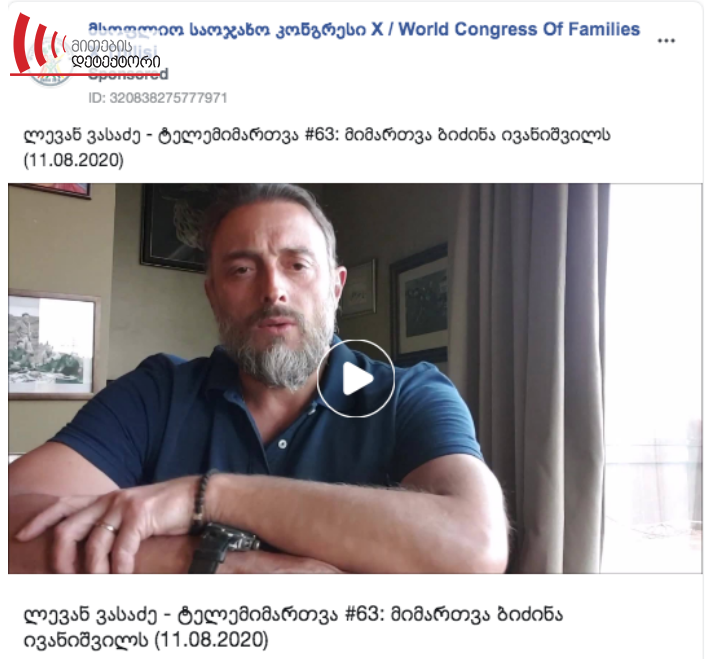 The leader of the political party Georgian Idea, Levan Chachua, published a post on Facebook on August 6 calling the social workers who decided to separate the three-year-old Nikoloz from his mother “sonder-social-workers”. Levan Chachua writes that Tsitso Gvenetadze, a social worker, refused to separate the three-year-old from his mother which resulted in her being fired and replaced with Nino Iobashvili and Mariam Tskhvediani. Chachua notes that they precisely fulfilled the task – “the baby, who was shouting “Mother! Mother” at that moment, was taken away from the shocked mother’s hands, seated into a patrol police car, and moved to another family!” 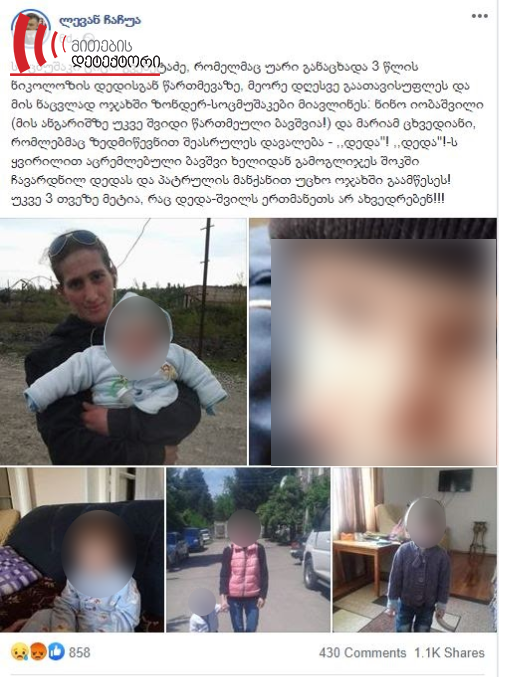 Often, the shared posts came with comments calling for attending the protest in front of the Vake-Saburtalo Service Center of the Social Service Agency.

A Facebook post by Alexandre Palavandishvili, an anti-LGBT activist, carried the same narrative. He tried to discredit Nino Iobashvili and Mariam Tskhvediani as well. Palavandishvili writes: “Do you understand?! A child has been taken from a mother in Georgia because she was poor!” Palavandishvili sees the blame of the Child Rights’ Code in this and refers to the Code as being “imposed by the UN”.

Russian message-box on juvenile justice and its Georgia sources

The topic of Juvenile justice has been an integral prat of Russian propaganda and has been actualizing from time to time. Together with various Russian sources, the associate of World Congress of Families, Levan Vasadze has been voicing the given message as well. 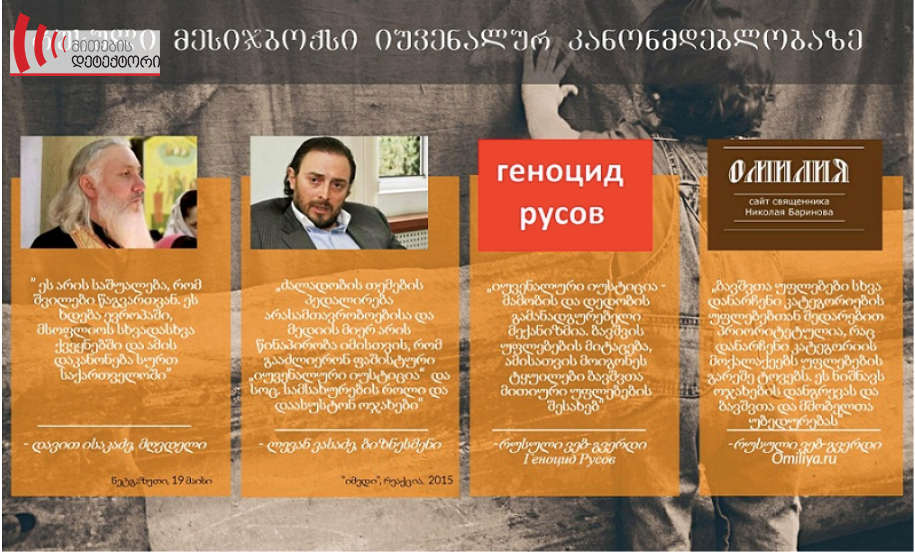 Numerous webpages involved in a targeted campaign against the juvenile legislation have been created in Russia («Геноцид русов»/Genocide of the Rus’ people, omiliya.ru, Ювенальная юстиция/Juvenile justice, Стоп Ювенальная Юстиция/Stop juvenile justice etc.) and their messages are identical with the Georgian sources.

Read other articles on this topic by Myth Detector:

The article has been written with the help of Crowdtangle, a Facebook analytical tool