What is the Purpose of a Papoose Board that was Attributed to Mandatory Vaccination? 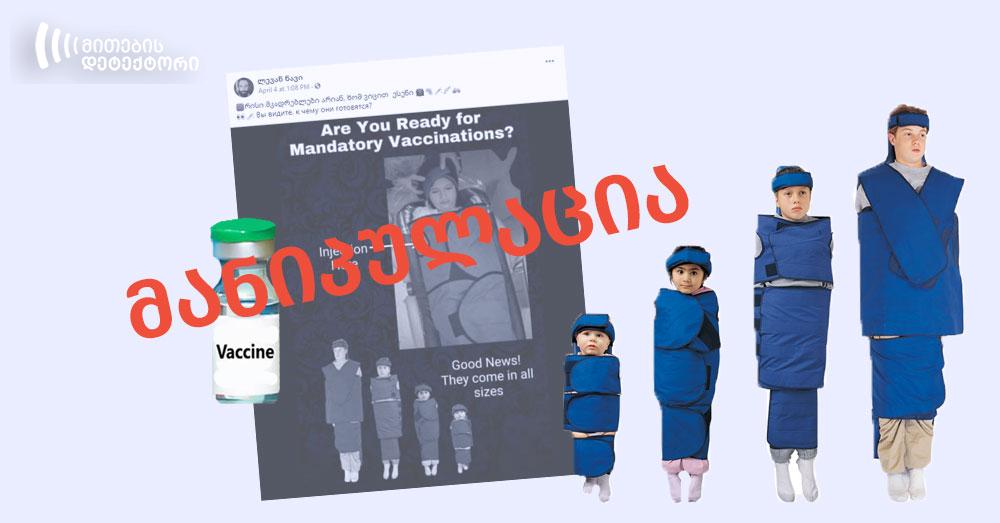 On April 4, Facebook profile Levan Navi shared a photo, where a young girl is wrapped up in a blue cloth, while the same blue cloth is tightly tied on her head. The photo has English inscriptions, including: “Are You Ready for Mandatory Vaccination?” The wrapped cloth is cut out near the shoulder, which, as an arrow indicates, is meant for an injection. The photo also says that the wrapping cloth is available in all sizes. The photo has Levan Navi’s comment attached: “We know what they are willing to do”.

Levan Navi’s post gives the impression that the wrapping cloth depicted in the photo will be used for mandatory vaccination, the same impression can be observed in the comments as well. 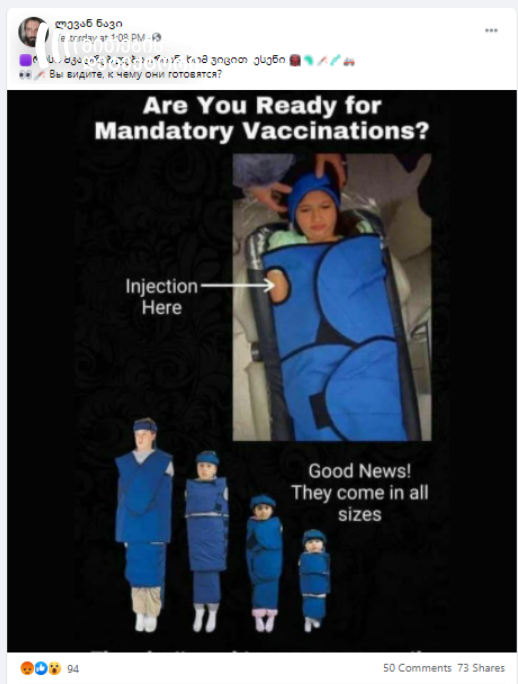 The photo shared by Levan Navi depicts the so-called papoose board, which is used to restrict movement and ensure immobilization of agitated patients. The board has existed for a few dozen years, used mainly in medical and dental clinics, therefore linking it to mandatory vaccination is a manipulation. The photo, where a girl is laying on the papoose board was taken in 2016 and displays the dentist’s demonstration on how to use the board, therefore there is no connection between vaccination and the photo either.

With the Yandex search system it became clear that the wrapping cloth displayed in the photo is actually a restraint board, which is manufactured by the brand Olympic Medical and it is called the papoose board. The board is used to safely immobilize agitated patients, meaning to restrict movement and fix in one place

The board manufacturing brand is Olympic Medical, which is one of the branches of the company Natus (Natus Medical Incorporated). Olympic Medical has been manufacturing professional medical equipment and inventory for more than 40 years, which is distributed in hospitals and clinics all over the world. The brand makes inventories, such as papoose boards, neonatal immobilizers, patient positioners and infant weighing solutions.

In the board brochure made by the company Natus, functions for every piece of the board is explained. In the photo shared by Levan Navi, the cut out part near the shoulder is linked to inserting injections, while the brochure states that this part of the board enables arm exposure, or keeping the arm inside. 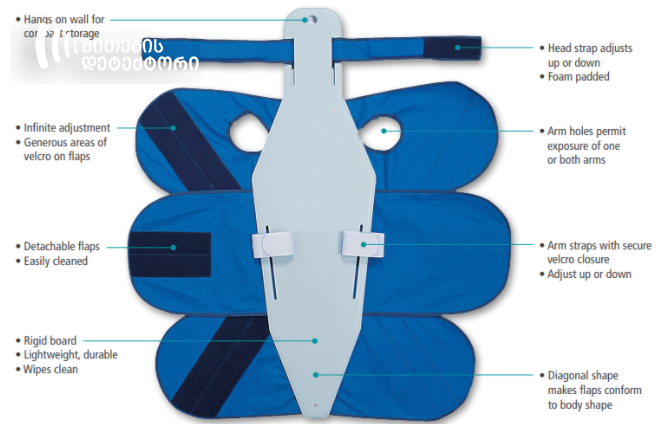 The papoose board has existed and been used for many years, which is evident by a research conducted in 1991, where the attitudes of mothers about the use of papoose boards on children in dental clinics were studied.

The earliest photo of the girl laying on the papoose board can be found in 2016, with the search engine Tineye and a CBS NEWS article is attached to it, talking about the ethical controversies surrounding the use of papoose boards on children in dentistry. Mark Burhenne displays on the photo how the papoose board can immobilize the patient. 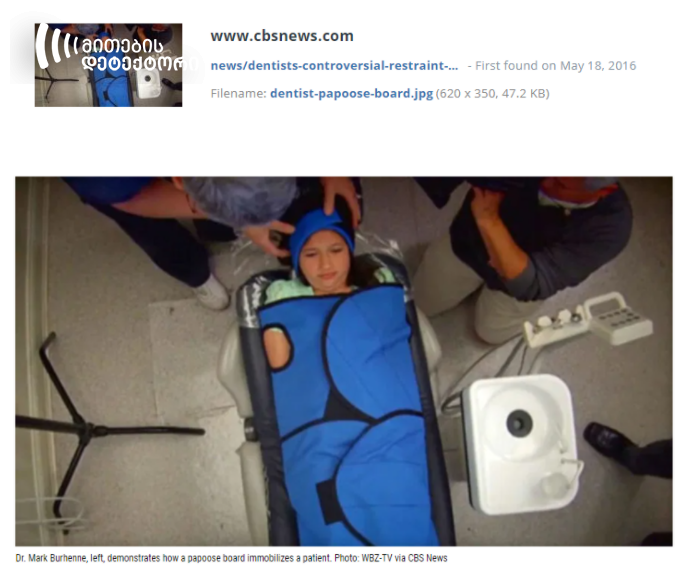 An identical visual of the photo shared by Levan Navi can be found on American and Moldovan Facebook pages around September/October of 2020. On March 13, 2021 the photo was shared on Twitter as well. 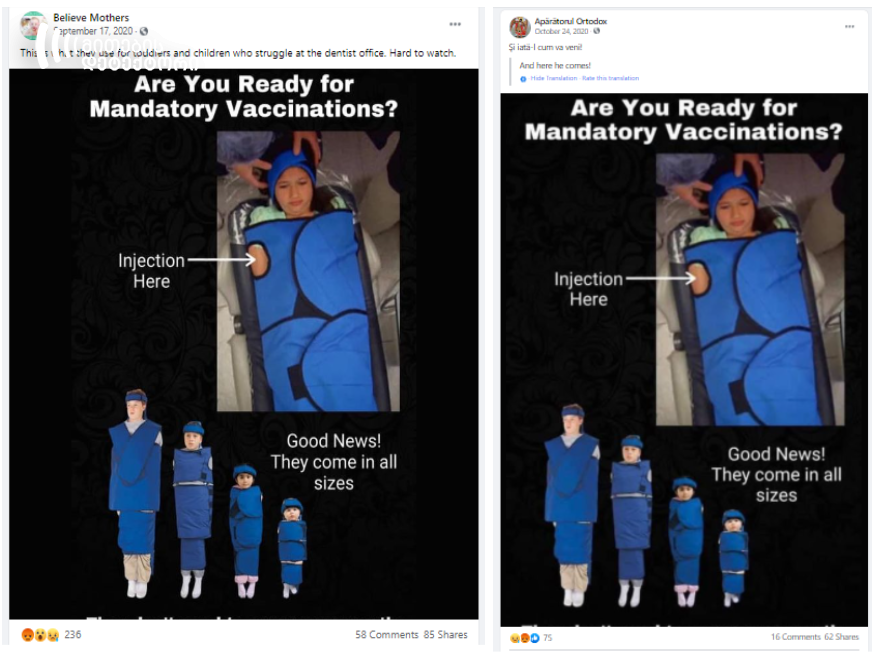