What is the Chemtrail Conspiracy and is the Spanish Sky Poisoned with Chemicals? 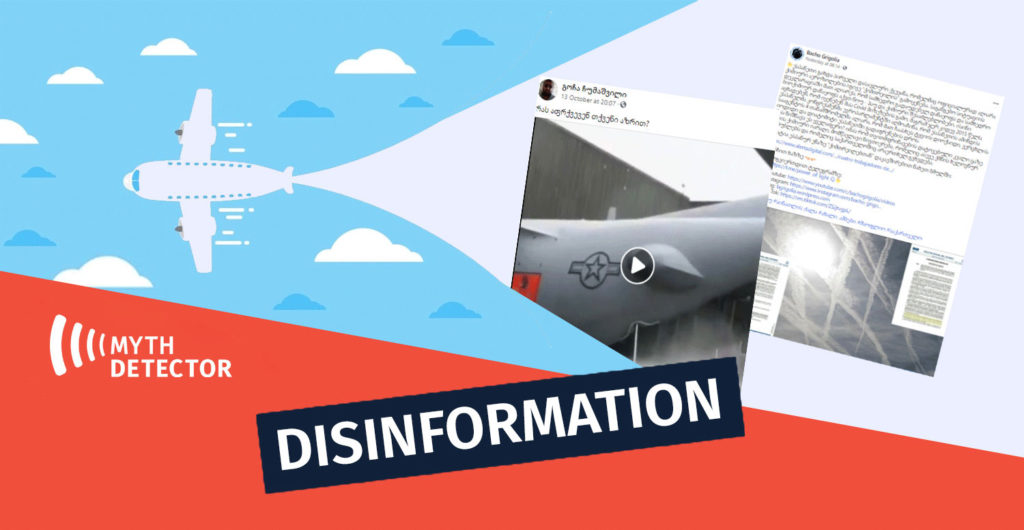 On October 13th, 2021, a Facebook user posted a video showing a close-up shot of a liquid cannon being released from a tube attached to the tail of an airplane. While the user does not specify what the video depicts, in the comments section, he claims that the planes are purposefully polluting the air using the so-called “Chemtrail.” Another Facebook post related to deliberate air pollution was published on October 14th. The post asserted that the Spanish Emergency Management Agency has officially acknowledged that the country’s military units have been poisoning the air with various poisonous chemical agents since 2015 and that traces left by planes in the sky are a sign of chemical pollution. 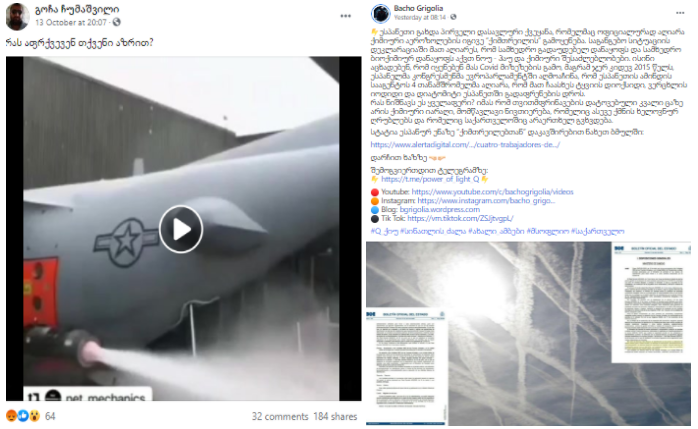 The disseminated video does not depict air poisoning but the fire model of the American military planes launching a powerful water cannon. The allegation about the confirmation by the Spanish government regarding deliberate air poisoning with “Chemtrail” is disinformation. Not to mention, the conspiracy theory that governments in various countries pollute the air with dangerous chemicals and microorganisms has been circulating for years. However, there is no factual evidence supporting it.

The above-mentioned video was first published on July 15th, 2021, by the Instagram account “engindustry.” The description of the Instagram post states that the video shows the US military aircraft Hercules C-130 which is mainly used for air transportation. However, based on the official website of the US Air Force, the aircraft is often utilized to fight large-scale fires by the US Forest Service. 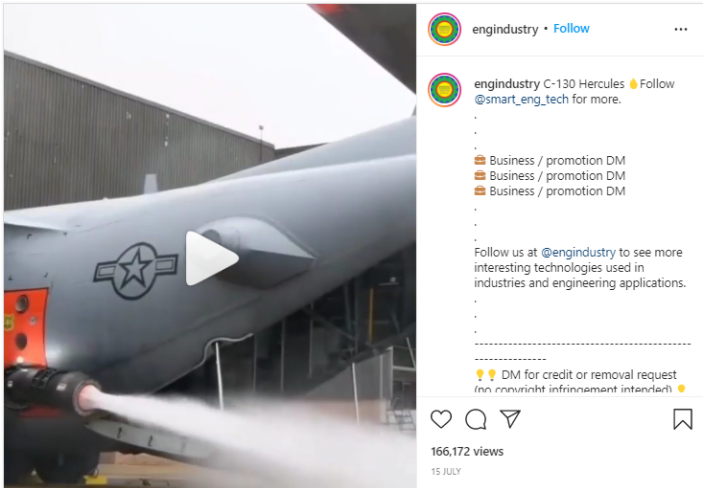 The original video includes a close-up shot that clearly shows a water cannon being fired from a tube attached to the plane. Importantly, it can no longer be found in a version shared by the Georgian Facebook user. Noteworthy, the Instagram post does not say anything about “Chemtrails” and poisoning by air chemicals. 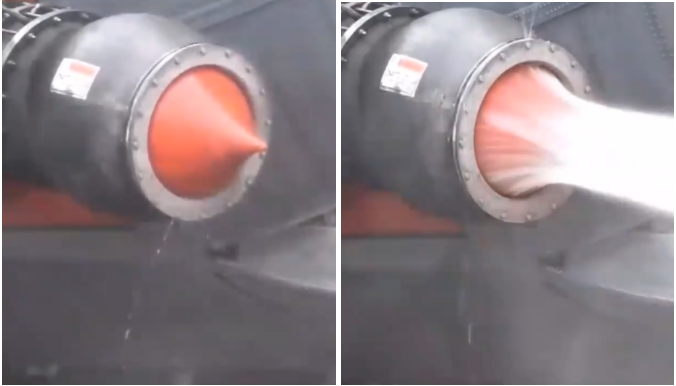 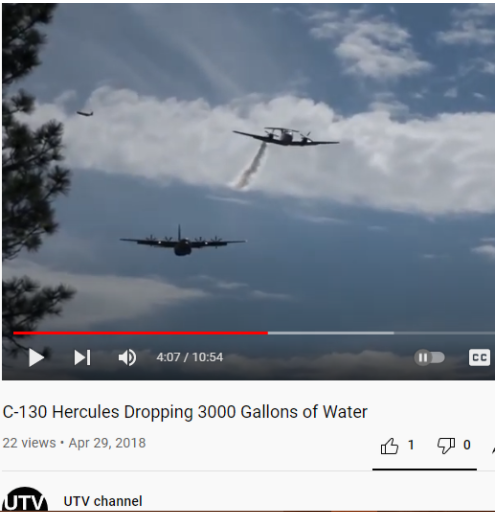 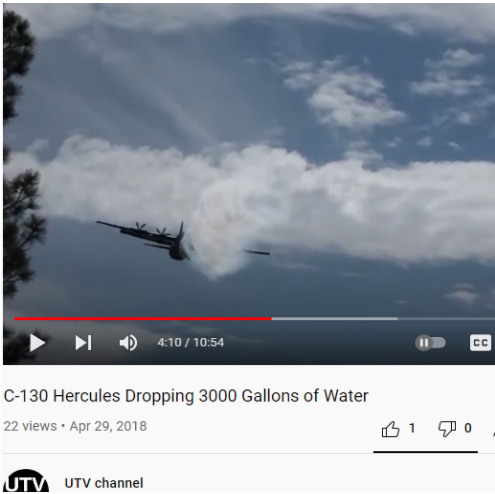 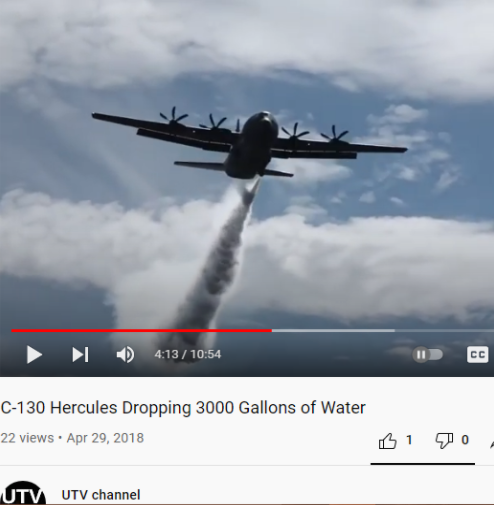 Noteworthy, YouTube unites several videos depicting the use of Hercules C-130 in firefighting activities and its distribution of thousands of litres of water through the air.

In order to ground the allegation that the Spanish authorities acknowledged the spread of “chemical aerosols,” the post cites an article published on the Spanish-language website on September 28th. The article states that four employees of the Spanish National Meteorological Agency confirmed the spread of aerosols saturated with various chemicals from aircraft by the government’s instructions. This information appeared on English-language conspiracy websites in September 2021 as well. Furthermore, according to Spanish fact-checking platforms, the Meteorological Agency employees’ confessions were spread on WhatsApp as spam.

According to Spanish fact-checking platforms Verificat and Maltida, disinformation about the confession made by a Spanish meteorological officer about the release of toxic aerosols has been circulating since 2014. In fact, no credible information can be found neither on the existence of such an interview nor the infamous “four employees” of the meteorological agency. A spokesman for the Spanish Meteorological Agency told Verificat that neither the agency nor its staff had ever “acknowledged” the deliberate air poisoning.

The conspiracy theory claiming that the government and other powerful groups are using airplanes to release chemicals and disease-causing microorganisms into the atmosphere has been circulating on the Internet for many years. Proponents of the theory use the marks left by airplanes in the air (contrail) to support their argument, claiming that these marks are polluted by a number of poisonous substances. “Myth Detector” has previously written about the conspiracy theory around “Chemtrail,” read more here: