What is Equality Corner and Does It Have to Do Anything with Holding an LGBT Pride in Georgian Schools? 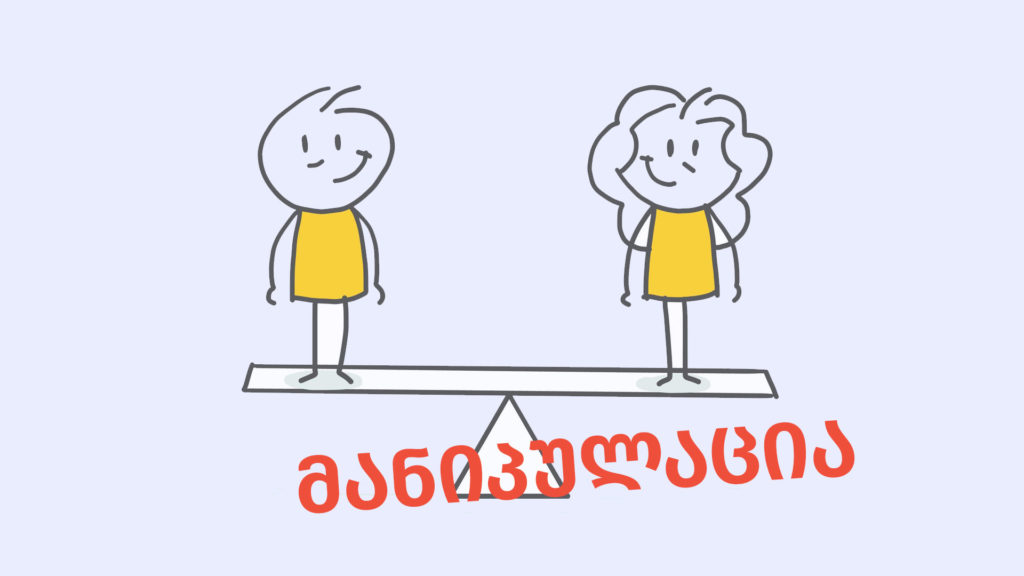 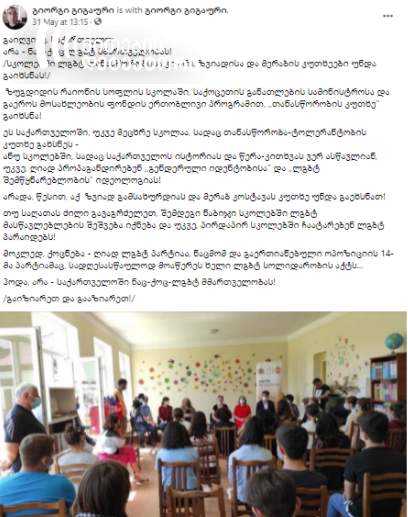 Gigauri’s post is manipulative. Equality Corner was indeed opened in Koki village, Zugdidi Municipality, but it was related to empowering women and girls, not propagating LGBT issues. The opening of Equality Corners in schools and libraries of Georgian regions is an initiative by the UN Population Fund aiming to allow school-age children to read contemporary literature on equality.

On May 21, 2021, a series of events on empowering women and girls was held in Zugdidi Municipality, organized by the Human Rights Secretariat at the Government of Georgia, the UN Population Fund (UNFPA), and Intelekti publishing house. The Equality Corner was opened precisely under the framework of this series, and the opening was not an event about the rights of the LGBT community. Therefore, Gigauri’s claim, that the opening of the Equality Corner in Georgian schools is a prerequisite of holding an LGBT pride there, is manipulative and does not match the substance of the event.

The Equality Corner in the Koki public school of Zugdidi Municipality was opened by a Georgian writer Nino Kharatishvili. This is the ninth Equality Corner, created in Georgia, and offers recent literature on gender equality, including books written by contemporary female Georgian writers.

According to the official page of the UNFPA, apart from the opening of the Equality Corner, several other events were held in Zugdidi on May 21, including a public meeting with Nino Kharatishvili and an exhibition of photo-stories created under the framework of a UN program Gender Equality, which tells stories of girls aged 10-16, living in various cities or villages in Georgia. The main topic of the Equality Corner as well as other events was the rights of women and girls and the importance of equal rights for all genders.

Equality Corners were opened in Rukhi, Ushguli, Chokhatauri, Ozurgeti, Lanchkhuti, Akhalkalaki, Khulo, and Zugdidi public schools since 2018 under the framework of the UNFPA initiative. However, the main focus of such events have always been women’s rights and raising awareness of adolescents about the importance of gender equality, in general. No events held under the framework of Equality Corner openings has been oriented towards LGBT pride issue, contrary to Gigauri’s claim.