What Does the Wall Street Journal Write About Zelenskyy and How Do Ria Novosti and Marshalpress Manipulate with it? 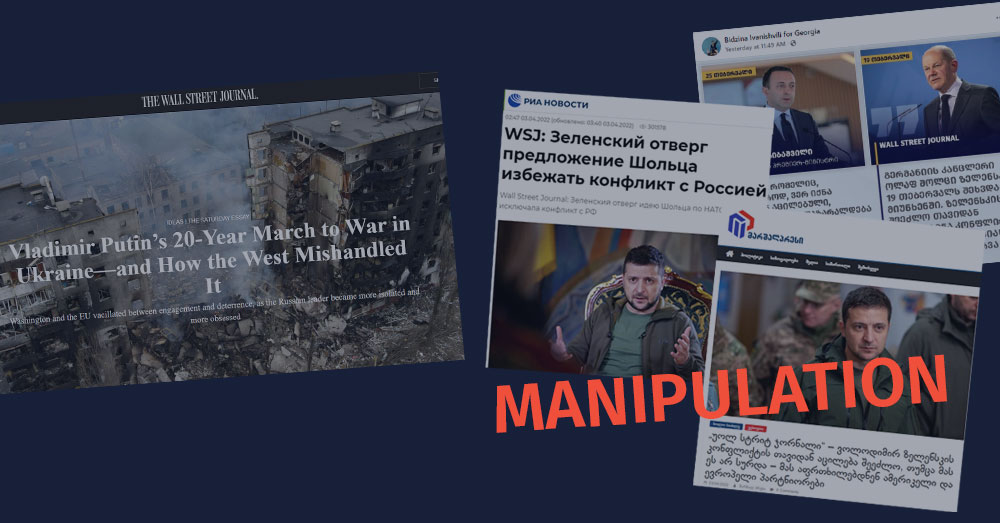 On April 2-3rd, citing the Wall Street Journal, Georgian and Russian-language media reported that Zelenskyy had the chance to avoid the war with Russia but refused to do so. Russian state media RIA Novosti published an article entitled “WSJ: Zelensky refuses Scholz’s offer to avoid war with Russia.” Georgian media outlet “Marshalpress,” characterized by pro-governmental editorial policy, published an article with the following headline: “WSJ – Zelenskyy could have avoided the war with Russia but did not want to – he was warned by American and European partners.”

The claim that, according to The Wall Street Journal, Zelensky could have avoided war with Russia, but was unwilling to do so, is false. The wording of Marshall Press and RIA Novosti articles does not match that of The Wall Street Journal. The Georgian and Russian outlets manipulated with the passage of the WSJ article that concerns the conversation between Scholz and Zelenskyy.

“Marshallpress” and RIA Novosti rely on an article published in The Wall Street Journal on April 1st, entitled “Vladimir Putin’s 20-Year March to war in Ukraine and how the West Mishandled it.” Nowhere in the English-language outlet one can find the assertion found in the headlines of the Marshallpress or RIA Novosti and which was on the card posted by the Facebook page “Bidzina Ivanishvili and Georgia.”

Both Georgian and Russian media outlets manipulate with the passage of the WSJ article that concerns the February 19th meeting between the German Chancellor Olaf Scholz and Volodymir Zelenskyy. The passage given below illustrates the meeting between the two and makes it clear that the headlines by Ria Novosti, Marshalpress and Bidzina Ivanishvili for Georgia are misleading.

The Wall Street Journal: “Mr. Scholz made one last push for a settlement between Moscow and Kyiv. He told Mr. Zelensky in Munich on Feb. 19 that Ukraine should renounce its NATO aspirations and declare neutrality as part of a wider European security deal between the West and Russia. The pact would be signed by Mr. Putin and Mr. Biden, who would jointly guarantee Ukraine’s security.

Mr. Zelensky said Mr. Putin couldn’t be trusted to uphold such an agreement and that most Ukrainians wanted to join NATO. His answer left German officials worried that the chances of peace were fading. Aides to Mr. Scholz believed Mr. Putin would maintain his military pressure on Ukraine’s borders to strangle its economy and then eventually move to occupy the country.”

As can be seen from the passage above, the claims voiced by the Russian Georgia media outlet “Marshalpress” do not accurately reflect the information provided by The Wall Street Journal.

As for the article published by RIA Novosti, its headline “WSJ: Zelensky refuses Scholz’s offer to avoid war with Russia” is also not found in The Wall Street Journal. In addition, RIA Novosti does not fully cite the passage in The Wall Street Journal in which the conversation between Scholz and Zelensky is described. RIA Novosti’s article omits the part of Zelensky’s response in which the President of Ukraine says that the President of Russia, Vladimir Putin, can not be trusted in the protection of the agreement on security guarantees of Ukraine. 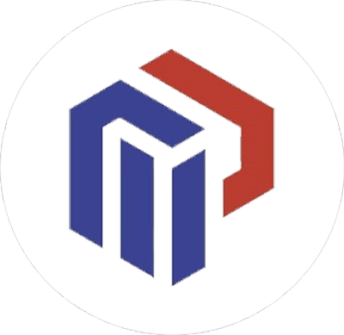