What does Putin Desire and what do Ukrainians Want? 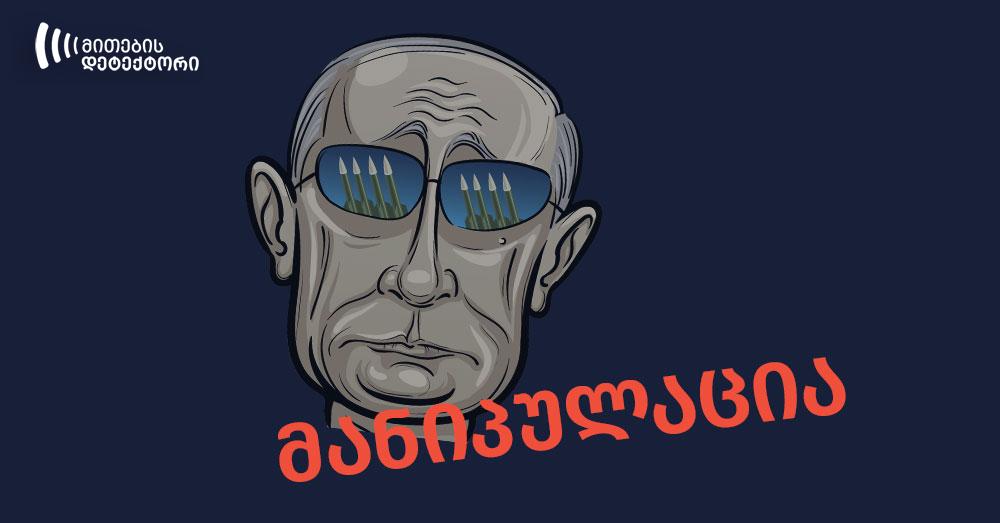 Vladimir Putin’s statement is a manipulation. In reality, the latest study shows that 48% of the population of Ukraine are in support of joining NATO, whereas only 28% are against it.

Russian President Vladimir Putin’s statement saying that at least 50% of citizens of Ukraine do not want to become a member of NATO is a manipulation. One of the latest studies on this issue was published by International Republican Institute in March 2021. To the question “If a referendum was held tomorrow on Ukraine joining NATO, how would you vote?”, answers were as follows:

Claim alleging that people in the last two categories, 23% of the people surveyed, don’t want to join NATO is a manipulation.

One more survey conducted by Ukrainian Institute for the Future (UIF) together with New Image Marketing Group in April 2021 attests to this.

The survey had following outcomes:

It’s noteworthy that before Russia’s illegal annexation of Crimea and support of separatism in Eastern Ukraine, the percentage of people opposed to accession to NATO, indeed, exceeded 50% in surveys conducted by various institutions.

For example, according to the survey conducted by Pew Research Center in 2009, 51% were opposed to joining NATO, while 28% were in support.

However, the number of people in support of joining NATO has increased since 2014. IRI study shows the percentage of answers to the same question in the previous years, depicting that the maximum percentage of people against accession to NATO in March 2014, a month after Russia started the annexation of Crimea, was at 43%, and hasn’t exceeded 40% since then. 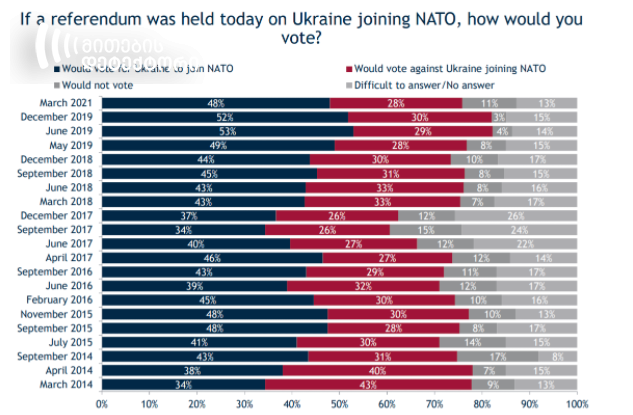