What Does a Troll Say About the Vaccine Replacing the “God Gene”? 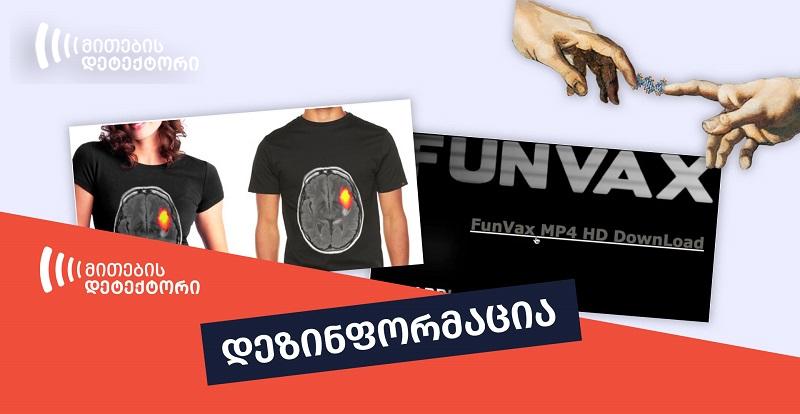 A Facebook user, which is most likely a fake account, posted a note on February 5, 2021 titled “’Vaccine’ Against COVID or COVID for the mass vaccination of the population?” According to the author, a lecture was held in Pentagon in 2005 about replacing the “God Gene” in humans through vaccination, aiming to subjugate religious and radical people. The article comes with a link to a Russian video on YouTube. The narrator of the 5-minute video claims that a scientist lectures Pentagon employees about how to replace the “God Gene” in the Middle East to finally end unrest in the region. The video also mentions that it was recorded on April 13, 2005, “approximately a year after the discovery of the God Gene”.

A Russian translation of an English video about the “God Gene” follows.

The claim that a lecture was held in Pentagon in 2005 on how to replace the “God Gene” in humans, is false. The video, shown as the evidence of the above, is fake. It has probably been recorded within the framework of an unfinished movie project, as there are actors taking part in it. Moreover, the brain scan photos in the alleged 2005 video are from a 2010 study and are photoshopped. The video has been disseminated on the Internet since 2011 – it has been linked to Bill Gates as well and several fact-checkers have verified it.

What is the “God Gene” replacement video about?

The 4-5-minute video shows a man presenting to the audience. He speaks of “VMAT2”, the “God Gene”, and a vaccine called “FunVax”, which aims to destroy the gene. FunVax stands for Fundamentalist Vaccine. The video indicates April 13, 2005 as the date. The video has been disseminated on the Internet since 2011, claiming that it shows a presentation held by the CIA. However, since May 2020, there have been claims on social media that Bill Gates can be seen on the video – presenting the project of vaccinating religious people to CIA.

Bill Gates was “identified” as the presenter following the renewed attention towards him in the light of the COVID-19 conspiracies. The higher quality version of the video allows to better identify the face of the presenter. It is obvious that the presenter is not Bill Gates. In addition, Bill and Melinda Gates Foundation confirmed with the Reuters that Bill Gates indeed is not in this video.

The video has been scrupulously studied by various fact-checkers since 2015, including Snopes, Reuters, Metabunk etc.

The video does not show a real presentation made in 2005 in Pentagon – it has most likely been recorded within an unfinished movie project and there are actors taking part in it.

According to the Snopes, the video is fake and is probably made under an unfinished movie project called “FunVax”. It appeared on the Internet in 2011 and is not searchable before that.

Snopes found out that a Kickstarter campaign called “FunVax – A Film About The Conspiracy” has been launched by Ryan Harper. A webpage FunVax.com, which also includes the given video, is also registered on Harper’s name. The campaign and the webpage aimed to increase the popularity of the video.

Some have pointed out the unusual lip sync and voice tone while studying the issue of the creation and the origin of the video. Other have presumed that the people taking part in the video could have been actors.

The brain scan photos in the alleged 2005 video are from a 2010 study and are photoshopped.

There are two images of the brain on the 45th second of the video. According to the presenter, the images show a “religious” and a “non-religious” brain. Metabunk found out that actually, this scan of the brain is from a 2010 study and belongs to a methamphetamine-dependent 43-year-old woman. The video adds yellow and red colors to the original scan, while the presenter claims that they reflect the difference between the brains of religious and non-religious people.

It is noteworthy that VMAT2, mentioned as the “God Gene” in the video, stands for Vesicular monoamine transporter 2 and is a protein. It helps transport neurotransmitters such as dopamine. The source of the information in this video could be the book titled “The God Gene: How Faith is Hardwired into Our Genes”. The book mentions the role of VMAT2 genes in how open an individual is to spiritual experience.