What do we mean by “European values” and how acceptable are they for Georgian national tradition? 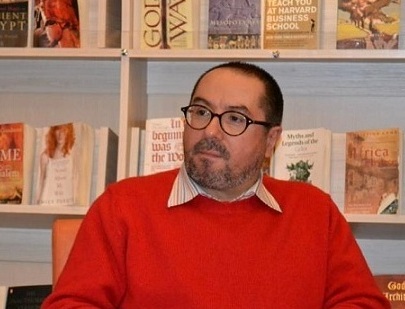 The European civilization, which has developed through centuries and continue to develop, is marked with several exceptional qualities. Firstly, one should stress this continuity and infiniteness: there is nothing in Europe that has not been changed or has not been reconsidered at an every stage. A constant and fearless strive towards renewal, restart of events in a new way underlies this civilization.

And still, the European civilization rests on values which, one may say,represent its cornerstone. Especially outstanding of them are three values: unique worth of a person, a sense of personal responsibility to society, and constant understanding of oneself through questioning, doubting, i.e. through critical approach and attitude.

First: an individual is considered superior to a society, a group, a community or a state in his/her importance and worth. In a clash between an individual and a group, the preference is given to an individual, not a group. There were exceptions to this rule: in circumstances when an individual had a moral obligation to set aside his/her personal, private desires in favor of interests of a group (for instance, at times of war, enemy’s attacks which threatened a country or next of kin) or historic events when interests of the state and society stood higher than those of separate individuals, especially,during the historic events of the first half of 20th century (for example, Hitler’s national socialism or Mussolini’s fascism, though, such totalitarian aspirations aroused as early as in times of French Revolution). A legal protection of exceptional value of every person,taking into consideration their difference and personal choice, has been ensured for centuries through the separation of powers, in general,and, in particular, the justice,i.e. a court system which defends interests of separate individuals against attacks of authority, even private authority. This justice stems from the Roman Law which,during the millennial history of Europe, has changed and transformed largely in terms and in the direction of ensuring human rights. The European court is that institution where a person can defend his/her personal dignity or property even when facing aggressive actions of the state; even in such situations individuals never lose a feeling that their personal inviolability is protected.

Second: Alongside the exceptional importance of an individual,and because of individual’s unique value, a distinguished one among European values is the sense of solidarity, the understanding of one’s responsibility and duty to society. This implies a vivid sense of people’s unity, i.e. active participation, engagement in a public or community life rather than alienating oneself from public interests. In this case, individuals protect themselves as members of community and, at the same time, protect the community because it is within the community that they can best express their personalities, own selves. Such attitude–in addition to clearly perceived public duties – became a source of what later formed into, first, charity and then,philanthropy in the European tradition.

Third: Europe has always been critical towards itself or its achievements and constantly judged the legacy of the past, present situation and future course. One can hardly find a period in the history of Europe which was deemed exemplary by contemporariesor when society was content with the achieved. This attitude – constant questioning of existing situation and constant search of better arrangement of the life of individuals or society – is manifested in daily perceptions of individual Europeans and the worldviews of great thinkers. Never has anyone ever been more outspoken and bitter in criticism of the European reality than the Europeans themselves. Consequently, this critical attitude,which is manifested in the tireless review and reevaluation of developments and reflected in various fields of knowledge or art, is an integral, fundamental element of European civilization and consciousness. Consequently, it is on this value that constant willingness of Europeans to start anew or create something new, and their ability to take risk towards that, rests upon.

One should take into account one circumstance too: although origins and qualities of European civilization take root in the classical era –the ancient Greece and the ancient Rome which, for its part, was saturated with outstanding achievements in culture or various fields of civilization of ancient Near East, the European values are still the fruit and result of Christian spirit as it represented before and continue to represent now.

It should also be noted that in general, Christianity is the teaching that came from the East, was nourished by a number of cultural and ideological sources of the East. Thus, the European civilization was fed by various world cultures and has never been confined to itself, especially, over the past few centuries when both borders and horizon of Europe extremely extended. And still, it was Christianity that determined the image and, consequently, the values of Europe over the past two millennia. No other religion, philosophy or worldview assigned such an immense value and importance to a separate individual as Christianity did; it was Christianity alone that considered serving, helping, supporting another person, sharing concerns of others to be not only a religious duty but a divine purpose of human beings, thereby virtually declaring the service to a person as the only form of worshiping, serving the God; it was Christianity that, taking into account finiteness, limitedness and weakness of a human being,introduced a constant, continuous judgment or assessment of one’s own actions and achievements, even more so,the search of flaws or vice in one’s own self and actions rather than of virtue or something boastful which may become a cause of self-complacence. At the same time, Christianity acknowledged self-admiration, feeling of superiority over others (Pride) as a gravest crime (sin) and a source of other crimes whilst judging a person on the ground of his/her belonging to a particular group as the attitude highly unacceptable and un-Christian.

As regards the Georgian culture and the relation between the European values and Georgian traditional values, to understand this issue it is necessary to first recall the pivotal text of Georgian national tradition – The Knight in the Panther’s Skin, created by Shota Rustaveli.

The entire text of the poem is permeated with limitless and unconditional respect to uniqueness of person: protagonists starkly differ from one another and it is precisely why they are valuable for one another; although the protagonists belong to nobility, they equally value representatives of lower stratum (say, Nestan’s attitude towards Patman, or Avtandil’strust in Shermadin). One can clearly feel in The Night in the Panther’s Skin that despite their differences, human beings deserve respect and that a mere fact of their existence is important in itself.

The key theme of The Night in the Panther’s Skin is the commitment of protagonists to other people regardless of whether they agree with one another or not. A stark difference of characters of Avtandil and Tariel does not prevent one of them to set aside his own interests to help another – to show solidarity. The sense of duty is felt even towards a stranger – it is this sense that Tinatin shows when she places the assistance to Tariel, person whom she has never met, above her personal happiness. At the same time, the ability to sacrifice oneself, the feeling of personal responsibility for a common cause is crystal clear when this becomes necessary for the country; the example of this is Tariel’s fight as he knows that the well being of his compatriots has been jeopardized by an aggressor and he spares no efforts to defeat enemies of his homeland.

A turning point in the poem occurs when protagonists start judging their behavior and become critical oftheir actions. Tariel and especially,Nestan come to understand the price of their inconsiderate decision, especially the decision which resulted in the death of a person. Only by understanding their own selves, judging their own past or present actions, the protagonists obtain a physical and personal freedom: one of them finds the way out of woods whilst another escapes captivity. One may say that Nestan’s regret is a decisive achievement of this character and in general, of The Knight in the Panther’s Skin.

The values that gradually, over centuries, developed as European values definitely prove to be clear and significant for Shota Rustaveli.

As regards a most recent past of the Georgian culture, when seeking national values it would be useful to consider and evaluate the creative works of Vazha Pshavela, namely, most outstanding pieces of his epic poetry.

Aluda Ketelauri, first and foremost, shows an exceptional importance of a person who is more valuable,should be respected more, deserves a higher degree of honor and support than the rules or customs established throughout centuries, long-standing habits and conventionalities of the majority or even a community. Aluda sees uniqueness of a person even in an alien, someone who is different, which becomes immensely valuable for him. A capacity to see like this, however, is the result of a fact that he is an independent person who treats his behavior responsibly. Much like Aluda Ketelauri, another poem, Host and Guest, portrays the unique value of a person regardless of the fact that this person is from a camp of opponent, enemy. Seeing and acknowledging this will cost Joqola dear, who is not afraid of the severe punishment of the community for this free acknowledgment because he puts a distinguished person above the group which he belongs to. It is noteworthy that Aghaza also stands by her husband and as she firmly defends her decision, is punished by her compatriots similarly to and together with her husband.

Bakhtrioni portrays a unity of people committed to common interests of their homeland, who set aside their personal interests and save their community from the danger posed by the enemy. These people make a firm and clearly moral choice in favor of the protection of universal values.

In The Snake-eater, the poet depicts a protagonist who is in pain dueto constant questioning of his own decisions. Reevaluation of personal and public life proves difficult for him. But Mindiais not suffice with drawn out conclusions, is not content with obtained answers. He repeatedly raises new questions about himself and about the world regardless of the fact that his path is a tragic one and has a tragic end.

Finally, one may say that European values primarily imply a personal choice and such an attitude towards this choice when a person fully assumes and understands his/her responsibility for this choice and its consequences. Christian moral requirements and judgments areprecisely of this type; protagonists of Shota Rustaveli and Vazha-Pshavela- Avtandil and Nestan, Aluda and Zviadauri, Kviria and Mindia – are precisely the characters of this type.