What Do We Know About the “Armia Krajowa” and the Forest Brothers? 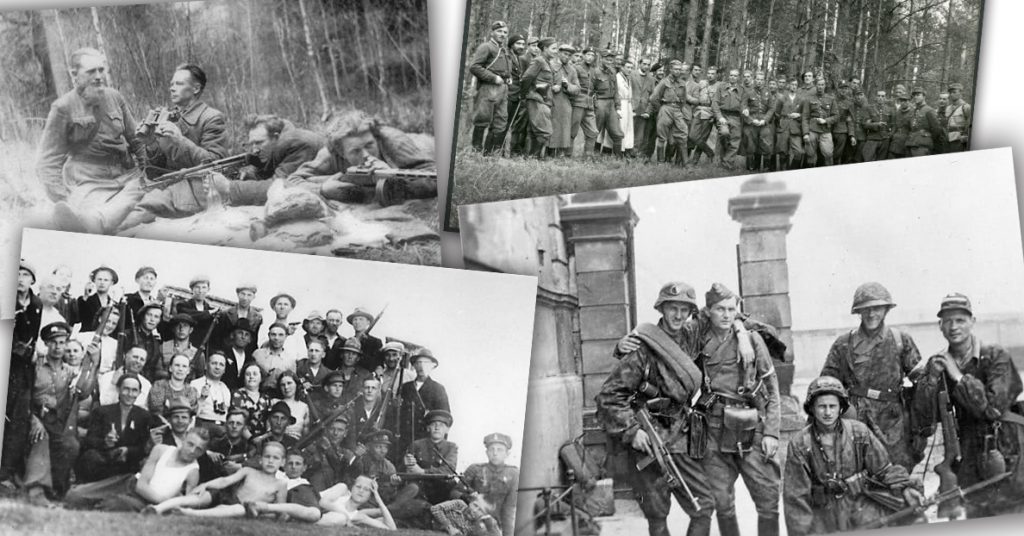 On May 6, Georgia and the World published an article titled “Yakov Kedmi: During the Second World War, the Polish Murdered More Jews Than Germans, or the Contours of Denazification.” The article relies on a Kremlin-associated political reviewer Yakov Kedmi, who says that partisan movements in the Eastern Europe were mainly fighting the USSR, murdering Jewish population and, in so doing, supporting the Nazi Germany.

Yakov Kedmi, Georgia and the World, May 6: “During the Second World War, the ‘heroic’ Polish ‘Armia Krajowa’ murdered more Soviet soldiers than Germans. Ukrainians and Baltic people were murdering Jews under the supervision of the Germans. The Polish were taking lives of their Jew neighbors short… The number of these Latvians (who fought for the Red Army) was 100 times larger than those in ‘the Forest Brothers’, who were murdering civilians.”

This article by Georgia and the World resonates with the Kremlin’s propaganda targeting countries of Eastern Europe and the attempts to rewrite the history of the Second World War. Myth Detector presents you information on two important partisan movements.

The largest partisan group in Poland – Armia Krajowa was created in February 1942 and included Polish partisan forces who fought against the Nazi Germany. During the Second World War, members of Armia Krajowa were countering the Nazi occupation by murdering, blowing up railways and bridges, as well as damaging and sabotaging the purveyance and equipment necessary for the soldiers. It is believed that the army carried out more than 100,000 acts of sabotage against the Nazis, with Operation Heads being the most prominent – it included assassinations of high-ranking Gestapo and SS officials who had been declared guilty by the Polish Partisan Court.

Armia Krajowa participated in the 1944 Warsaw Uprising as well, during which the Red Army, despite the initial promise, did not provide any assistance to the Polish side, resulting in the destruction of the city.

Soviet Union entered the Baltic states in 1940, however, USSR was replaced by Nazi Germany in 1941. In 1944-1945, Lithuania, Latvia and Estonia were once again annexed by the Soviet forces. The population of the Baltic states launched an insurgency against the Soviet occupation. “The Forest Brothers” are considered national heroes in all the three Baltic states. On the other hand, they are portrayed as Nazi collaborators, bandits and criminals by the Soviet and Russian propaganda.

In 1940, under the Soviet occupation, the Baltic population saw Germany as a liberator – the population hoped that the Baltic states could re-gain their independence and take back the property deprived during the Soviet rule. However, Germany created a new territorial entity from the Baltic states and Belarus, called Ostland, which resulted in a weakened support for Germany. Germany’s military organization, Waffen SS, was founded in Estonia and Latvia. In 1944, SS was also created in Lithuania, however, the Germans dismantled it soon afterwards, as Lithuanians were using SS for nationalistic means that directly threatened the occupational power of Germany in Lithuania.

In 1946, Nüremberg Trials acknowledged Waffen SS as a criminal organization, with the decision not affecting those who became members of the military organization involuntarily. This exclusion from the rule affected precisely the members of the Latvian and Estonian legions, who were guarding the Nazi prisoners during the Nüremberg Trials, as well as protecting the allies’ objects during the blockade of Berlin.

Referring to the partisan movements that fought for independence in the Eastern Europe as Nazis is a widespread method of the Kremlin’s strategy of historical revisionism. By equating European countries with Nazis/fascists, the Kremlin tries to legitimize the war. According to EU vs Disinfo, for the Kremlin, history is a tool for satisfying political ambitions, not a science.

In the course of the historical revisionism, the Kremlin uses the so-called 4D model of disinformation: (1) dismissing important facts that are damaging to the Kremlin, (2) distorting the history, (3) distracting, and (4) dismaying.

One of the main targets of this model are the Baltic countries and Poland. Russia tries to portray the occupation of these countries by the Soviet Union as their liberation from Nazism. The Kremlin also questions and distorts facts about the partisan groups in these countries, as these groups were in fact fighting for independence and against the occupation, therefore, for them, the occupation of their territories by the Soviet Union was not a liberation, but rather a replacement of one invader with another.

In 1992-1999, Yakov Kedmi headed Nativ, an organization that specialized in returning Jews, living in the Soviet Union, to their homeland. In the last years of its operation, the organization was involved in several corruption scandals, which resulted in its dissolution by the President Netanyahu.

Later, Kedmi became a frequent guest of political talk shows on Russian televisions. In his statements, he justifies Russia’s acts in Syria, regularly criticizes Ukraine and accuses it of anti-Semitism. Moreover, he calls on Russia to cease tolerance and counter Russophobia in a timely manner. In 2018, Kedmi was calling on Putin to start war on the United States.