What do We Know about HPV Vaccine? 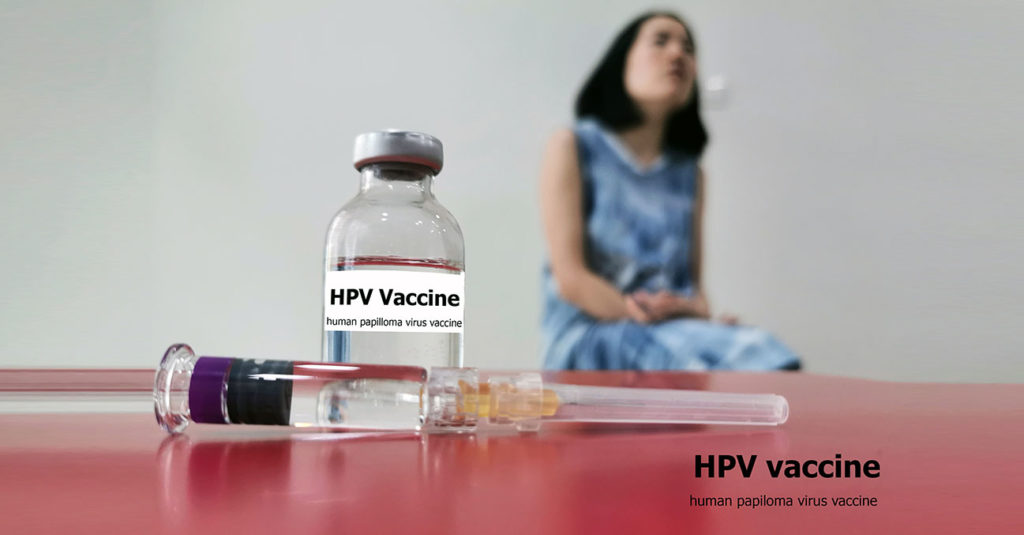 On January 13, Nona Agdgomelashvili, a general practitioner, published a post sharing the statement spread by Tina Topuria, a Georgian homeopath. The latter calls on vaccine supporters to assume personal liability for its safety and demands the government to set up a foundation for the victims of vaccination.

On her part, Nona Agdgomelashvili notes in the same post that governments, not vaccine manufacturers, have officially assumed liability for vaccine safety in Europe and the United States. She says that in 2014, the British government paid out 60 million to 60 victims of the flu vaccine and that compensations were also paid to 800 Norwegians. According to the post, it appeared in 2018 that number of cervical cancers increased 1.5-fold among the girls who got the Merck-manufactured HPV vaccine in 2006-2007. 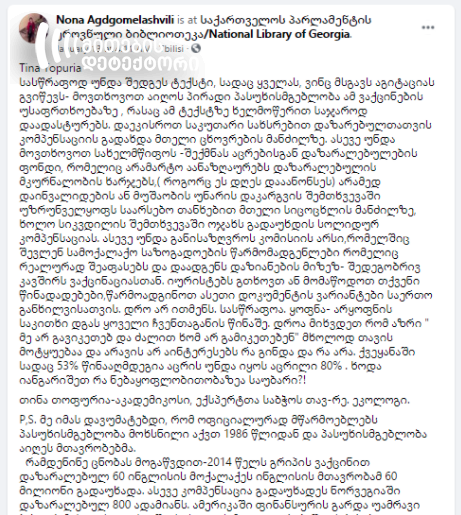 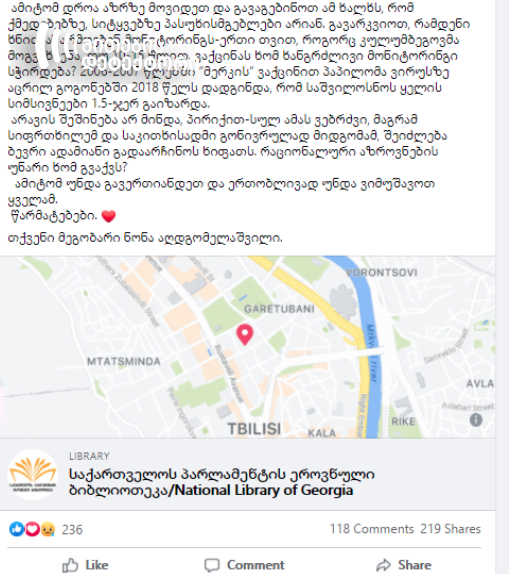 The claim as if number of cervical cancers increased 1.5-fold among the women who got the HPV vaccine manufactured by Merck is disinformation. In fact, over 12 years of monitoring has shown that among vaccinated women, the percentage of cervical precancers caused by the HPV types most often linked to cervical cancer has dropped by 40 percent. Agdgomelashvili is right when she claims that the governments assume liability for side effects caused by vaccination, because if the government does not insure risks, problems will emerge in terms of vaccine supplies.

Disinformation: According to the data for 2018, number of cervical cancers increased 1.5-fold among girls who got Merck’s HPV vaccine

Merck’s human papillomavirus (HPV) vaccine does not cause cervical cancer; just on the contrary, it reduces the risk of its development. Over 12 years of monitoring and research have shown that HPV vaccination is very safe and each HPV vaccine is licensed by the U.S. Food and Drug Administration (FDA). Since late 2016, Gardasil® 9 has been the only HPV vaccine available for use in the United States and over 120 million doses have been distributed since the vaccine was licensed.

The HPV vaccine is made from tiny proteins meaning that it does not contain any live virus, or even killed virus or DNA from the virus, so it cannot cause cancer or other HPV-related illnesses.

Common side effects from the HPV shot include: pain, redness, or swelling in the arm where the shot was given, fever, dizziness or fainting (fainting after any vaccine, including the HPV vaccine, is more common among adolescents), nausea, headache or feeling tired, muscle or joint pain.

Among teen girls, infections with HPV types that cause most HPV cancers and genital warts have dropped 86 percent since the vaccine has been in use. Among young adult women, the same infections have dropped 71 percent. Among vaccinated women, the percentage of cervical precancers caused by the HPV types most often linked to cervical cancer has dropped by 40 percent.

Slight increase in cervical cancer incidence was reported in Finland and the UK largely due to female population’s refusal to get vaccinated at a younger age (when it is most effective) as well as refusal to accept the invitation to be screened that helps detect the disease at an earlier stage and reduce the risks of cancer development.

Who is liable for side effects from the vaccine and why?

In case of most drugs, a private manufacturer is liable for any medical complications. However, in case of a vaccine, the same issue is regulated differently. For example, vaccine manufacturers have a unique arrangement with the U.S. government, according to which when a person reports harm that could feasibly be related to a vaccine, a government program—not a pharmaceutical company—pays compensation.

The drug-development process is costly and time-consuming. Developing a novel vaccine that could prevent hundreds of thousands of cases of a deadly disease—but cause a much smaller number of side effects that could lead to multimillion-dollar lawsuits—made a useful product an unappealing business proposition.

Just therefore, in 1986, the U.S. Congress approved the National Childhood Vaccine Injury Act (also known as the Vaccine Act), providing that compensation for damages arising from a vaccine-related injury or death shall be paid not by a manufacturer but by the State. 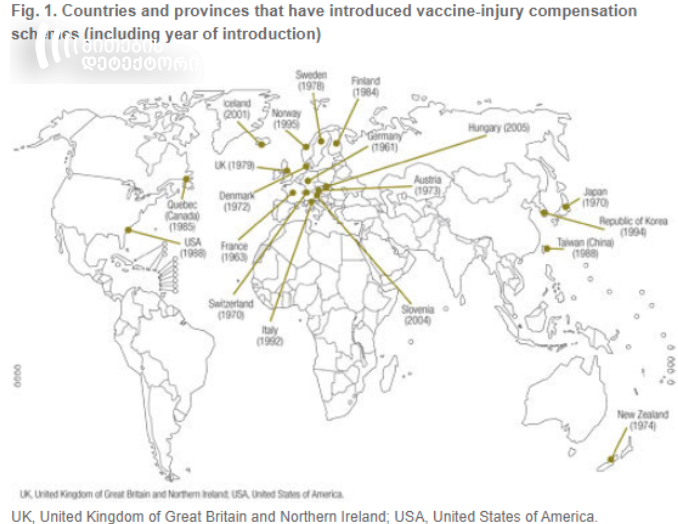 Truth: Compensations paid to victims of swine flu vaccine in Norway and the UK

Following the swine flu outbreak of 2009 in the UK, about 60 million people, most of them children, received the vaccine. 60 people suffered brain damage as a result of taking the vaccine. The UK government paid approximately £60 million, with each of the 60 victims receiving about £1 million each. The vaccine caused narcolepsy and cataplexy among the majority of victims. Narcolepsy is a chronic sleep disorder characterized by overwhelming daytime drowsiness and cataplexy causes a person to lose consciousness when they are experiencing heightened emotion.

1.9 million people received the swine flu vaccine in Norway with 801 people applying for compensation of damages caused by the vaccine; however, only 151 applications were satisfied. A total of NOK 350 million (approximately USD 40.5 million) was paid as compensation. The majority of cases involved chronic fatigue syndrome (ME) and narcolepsy.