What do We Know about Finnish Concentration Camps and what does Sputnik Claim? 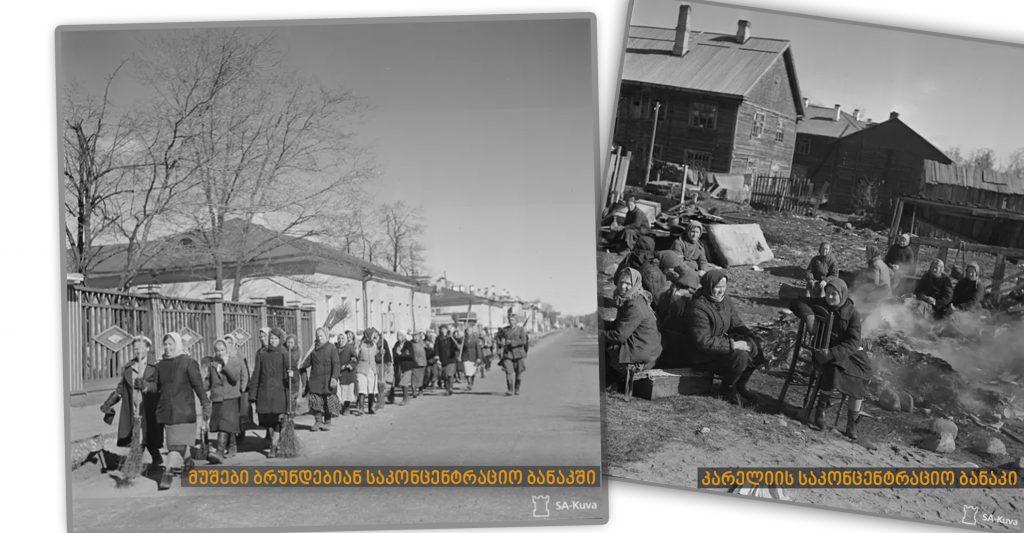 On April 24, 2020, an online edition Sputnik-Georgia published an article headlined “Former prisoners of concentration camps demand investigation into the case of Finnish criminals.” The article quotes Russian news agency RIA Novosti as saying that former prisoners of Finnish concentration camps asked Alexander Bastrykin, chairman of the Russian Investigative Committee, to probe into the Finnish government’s actions during the Great Patriotic War. According to the article, Finland should be charged with ethnic cleansing and genocide of peaceful population in 1941-1943.

The authors of the appeal claim that the Finnish invaders “established their own rules for the civilian population, dividing them by ethnicity, subjecting them to violence and extermination” that according to them “contains all signs of genocide.”

The 1941-1944 war between Finland and the Soviet Union began with a successful Finnish offensive that led to the capture of large areas of eastern Karelia. Concentration camps were really established in the region for Soviet prisoners. In total, Finnish units took approximately 64,000 Soviet soldiers as prisoners during the war. The large number of prisoners led to a rapid rise in the death rate among the Finnish prisoners of war. All-in-all, the death rate for Soviet prisoners of war rose to around thirty percent.

According to the research, most of those who died in Karelian concentration camps succumbed to diseases or starvation, as at the time, Finland was suffering from immense food shortages. Information about 4,279 people also involves the examples of cruel treatment and violence; however, number of such cases is much lower. It is worth noting that respiratory infections accounted for about one tenth of the deaths. Other infections and diseases were the cause of death in nearly a fifth of the cases. Information is provided by age groups.

As seen from the table, only 42 people died as a result of violence in that period. Most of them were either shot (18) or poisoned (11). Other victims mainly succumbed to various diseases.

The article spread by Sputnik Georgia involves information, which is covered by Russian media outlets annually. Antti Laine, an academic specializing in the occupation of eastern Karelia, says it is not surprising or new that Russia is investigating what it calls ‘genocide’.

“It’s an age-old story, which bubbles up in a similar way from one year to the next,” said Laine. “It is about the Soviet Union’s fight against fascism, in which Finland was the fascist enemy… During the Boris Yeltsin era historical research was open and there was cooperation with Finnish researchers too. Now the starting point is that the red army didn’t do anything wrong in the Great Patriotic War,” Laine noted, adding that Putin’s regime is trying to rewrite history.

Jussi Nuorteva, head of the Finnish National Archives, admits that the Finnish had segregated prisoners of war on ethnic grounds largely due to the fact that they did not consider Russian, Ukrainian and Belarus people reliable. In addition, he also noted that these actions cannot be considered ethnic cleansing, because the Finnish had not deported or exterminated a large number of people in that period.