What did Zhirinovsky Say about Saakashvili’s Arrest? 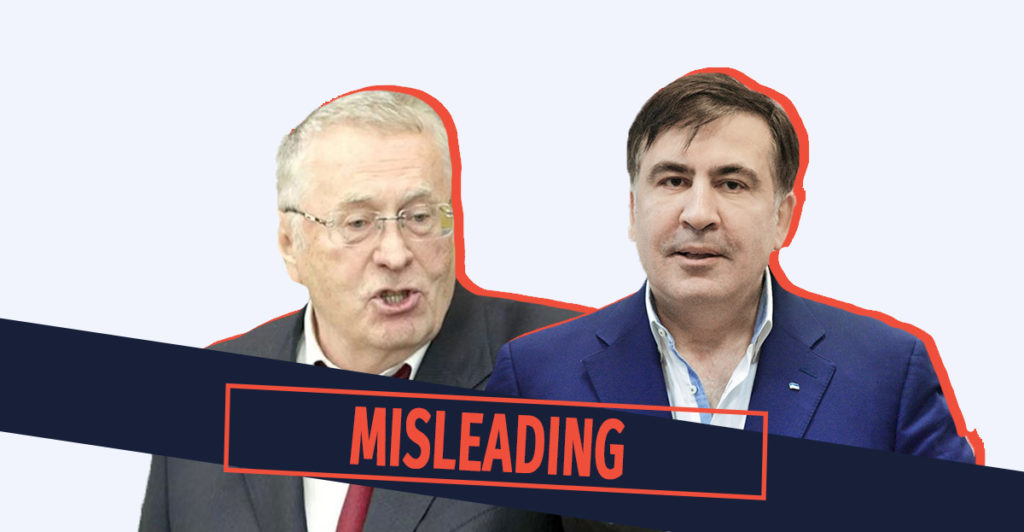 On October 1st, the news agency kvira.ge published an article with the headline: “Zhirinovsky to Saakashvili: We will take all measures to release you.” On October 2nd, the article was shared by the Georgian Dream supporter page “Leader 41,” adding that Mikheil Saakashvili is a Russian agent, while Vladimir Zhirinovsky, the leader of the Russian Liberal Democratic Party, was voicing Vladimir Putin. 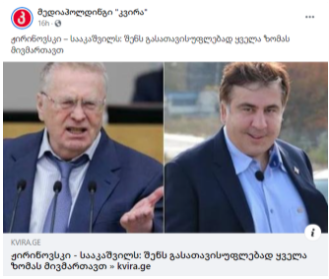 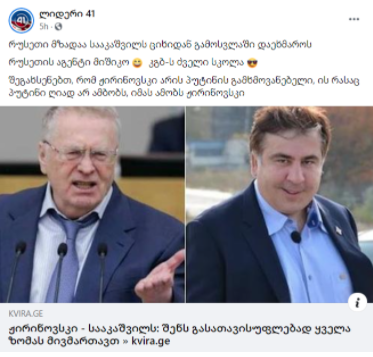 The post of kvira.ge has been circulating without comment on various public Facebook groups, which created the impression that Zhirinovsky supports Saakashvili and intends to help him. One of the sharers was pro-governmental expert Gia Abashidze, who started distributing kvira.ge material soon after it was published. According to Crowdtangle, the article of kvira.ge was shared to 5 Facebook groups and 2 Facebook pages. 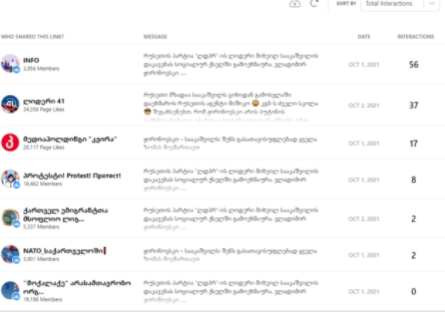 On October 2nd, the election day, Davit Razmadze, the chairman of Gori Municipality City Assembly in 2017-2021 and the current number one on the Georgian Dream list for the recent elections, shared an article of kvira.ge without comments, which was perceived differently by the public. The article was also circulated among other supporters of the “Georgian Dream.” 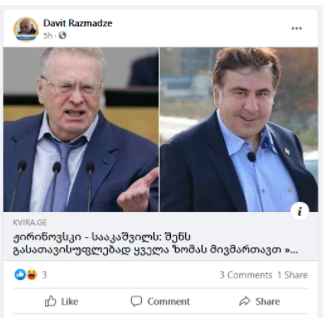 Zhirinovsky’s statement was also published on gtmedia.ge, which was later shared on the Facebook group “Georgians.” The comments show that, because of this statement, Mikheil Saakashvili is perceived to be a Russian ally.

On October 1st, 2021, Vladimir Zhirinovsky published a post on his Telegram channel regarding the arrest of Mikheil Saakashvili. Zhirinovsky published the post with irony, which Interpressnews also covered in the Georgian media. Interpressnews’ article reported that Zhirinovsky wrote the post sarcastically. The materials of kvira.ge and gtmedia.ge do not say anything about the sarcastic nature of Zhirinovsky’s post, and the dissemination of this information by members and supporters of the “Georgian Dream” created the impression that Zhirinovsky and Saakashvili are allies. 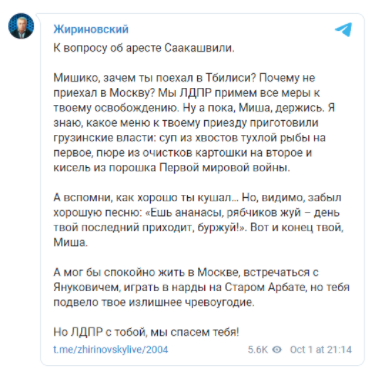 “On the issue of the arrest of Saakashvili.
Mishiko, why did you go to Tbilisi? Why didn’t you come to Moscow? We LDPR will take all measures for your release. Until then, Misha, hold on. I know what menu the Georgian authorities have prepared for your arrival: soup from rotten fishtails for the first, mashed potatoes for the second, and jelly from the powder of the First World War.

And remember how well you ate … But, apparently, you forgot a good song: “Eat pineapples, chew hazel grouses – your last day is coming, bourgeois!” This is your end, Misha.

You could have lived quietly in Moscow, met with Yanukovych, played backgammon on the Old Arbat, but your excessive gluttony let you down.

But the Liberal Democratic Party is with you, we will save you!”

Zhirinovsky’s comment was also spread in the Russian media, noting that the Russian politician was jokingly responding to Saakashvili’s arrest. On October 1st, the articles were published in the following editions: 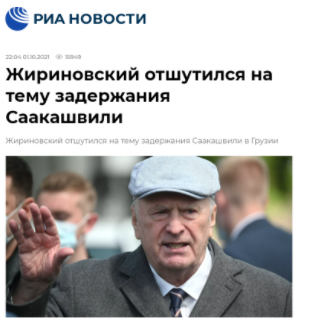 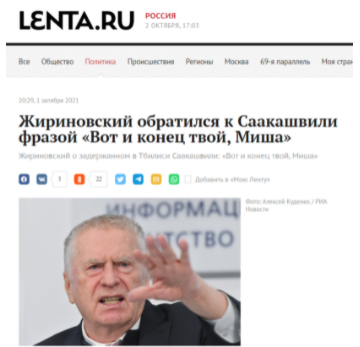 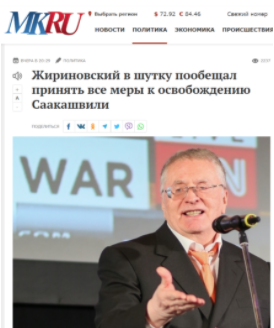