What Did USSR Give and What Did It Take from Poland? 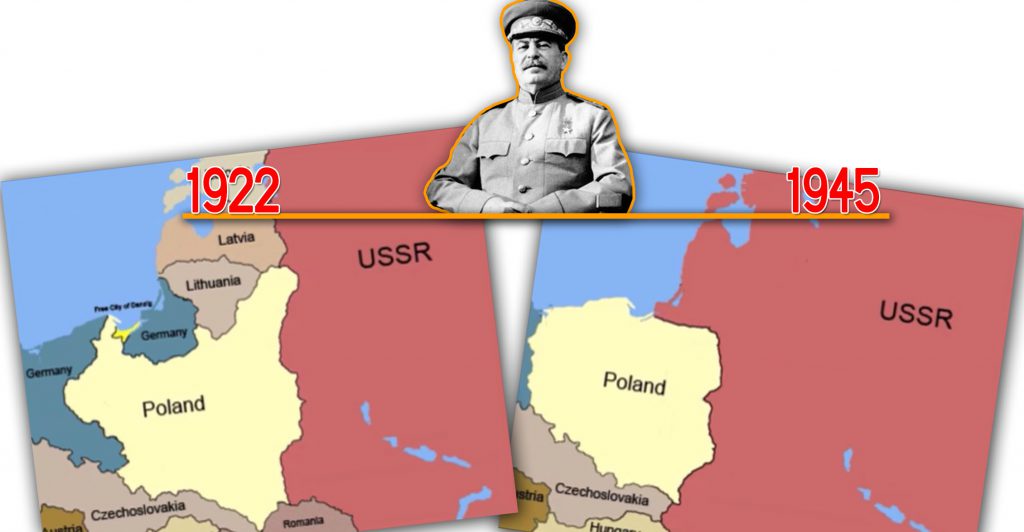 On July 21, 2020, an online edition Georgia and the World published an article titled “When Days Last Longer than a Century”, touching upon the events that took place at the end of the World War II. The author of the article claimed that Poland should be thankful for its modern borders and a third of its territory to Russia.

The article published by Georgia and the World is manipulative and is not true. Poland was given various lands after the end of the War, but it lost the eastern part of its territory due to an annexation by the Soviet Union – something that decreased the territory of Poland instead of increasing.

Defeat of the Nazi Germany in the World War II caused serious geographic changes in Poland. Prior to the War, the Soviet Union and the Nazi Germany split Poland based on a secret protocol of the Molotov-Ribbentrop Pact on non-aggression – something that created a necessity of reshaping borders after the end of the War. The victory in the War allowed the USSR to more actively engage in the process of establishing borders and use its influence in the Eastern Europe more efficiently.

After defeating the Nazi Germany in 1945, the USSR occupied most of the Eastern Europe, including Poland, which it later retained following at the Yalta Conference. Territories were delimitated at three key conferences – Tehran, Yalta, and Potsdam. At the Tehran Conference, Stalin tried to allocate to the allies that territory of Poland which Lord Curzon, the Secretary of State for Foreign Affairs of the United Kingdom, determined in 1920. Two allies (the United Kingdom and the United States) agreed, however, the decision was only ratified at the Potsdam Conference in 1945. Poland was losing more than 20% of its pre-war territory by this plan.

In case of Poland, the USSR retained its territories that it had occupied based on the 1939 Molotov-Ribbentrop Pact. As a result, Poland lost 181,299 sq.km. of land to the Soviet Union. These territories were mainly inhabited by Ukrainians and Belarussians, while the Poles who lived on those territories were deported. As a compensation, Poland only received slightly more than 40,000 square miles of land from Germany.

The issue of Poland had its own chapter in the document of the Yalta Conference, where its territorial changes were described.

Green color on the map indicates those territories annexed by the USSR in 1945 and 1951, while orange color shows those German territories that Poland received in 1945 (as a compensation). These territories included German territories, the Free City of Danzig, and other minor lands. Nevertheless, the USSR managed processes in Poland so that it became a satellite state and the idea of free elections was not implemented there in that period. 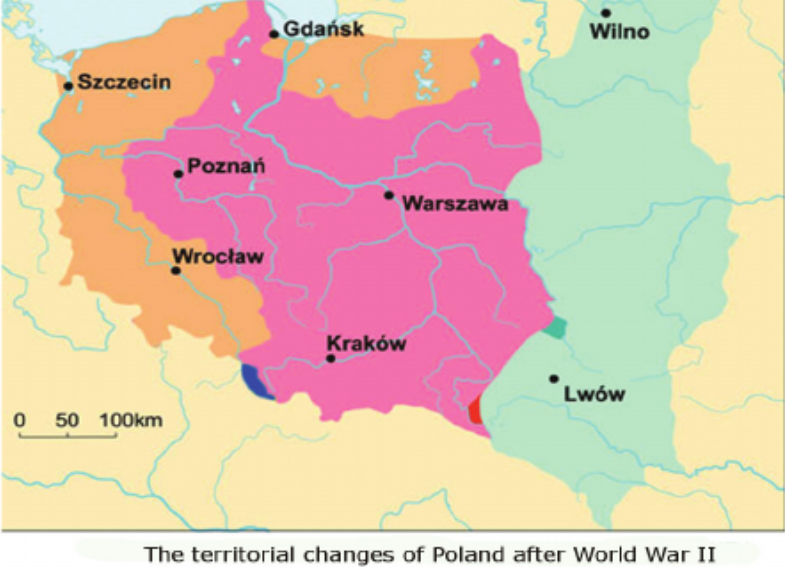 In the process of determining the borders, Stalin considered numerous factors and tried to modify them so that ethnic, nationalist, and international factors were accounted for and certain borders or bordering regions gained significant importance later. He also successfully utilized the fears of bordering countries and converted them to specific political gains or new territories. In case of Poland, he actively showcased Poland as a country with imperialist ambitions to weaken the United Kingdom’s sympathy towards it – Western countries were not tolerant towards strongly marked nationalism. A statement made by Joseph Stalin on February 27, 1944 to Clark Kerr, the Ambassador of the United Kingdom to the USSR captures this perfectly:

“Then there is the question of the border. We want to get back what was taken from us by force, namely Belorussian and Ukrainian lands. If there will be people in the Polish government who are without imperialist ambitions then they will understand the need to return these lands to the Ukrainian and Belorussian peoples. We will not tolerate any demands by Ukrainians or Belorussians for territory to which they do not have any right.”

Stalin blamed Belarussian and Ukrainian “nationalism” for the fact that he could not give Poland its eastern territories back. According to him, he would have to go into war with Ukraine and Belarus due to their nationalist inclinations.

By Irakli Iagorashvili
Regional Network of the Media Literacy Lab