What did Lavrov Demand from Saakashvili during August War and what does Condoleezza Rice Write about it? 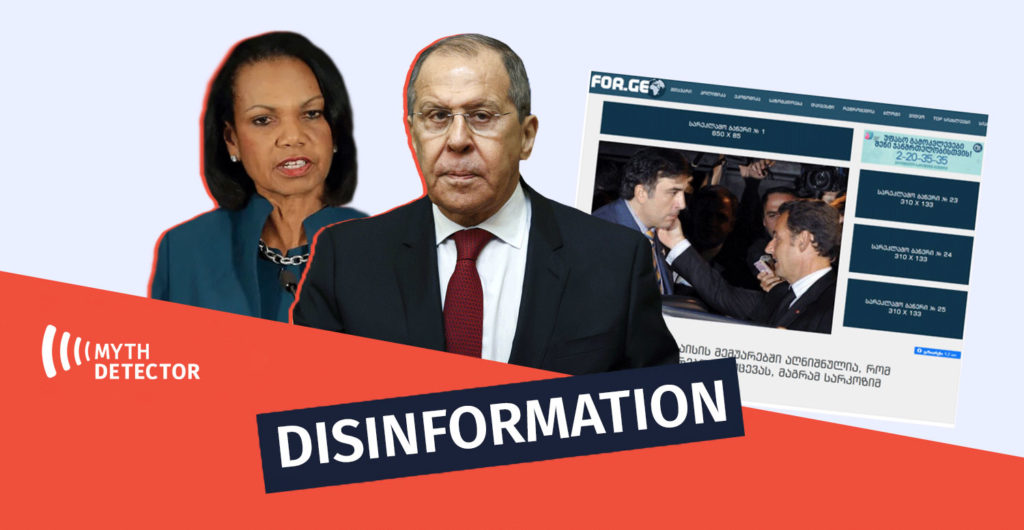 On November 30th, the online outlet for.ge published an article entitled “Condoleezza Rice’s memoirs state that Saakashvili intended to flee, but Sarkozy changed his mind.” The article noted that Mikheil Saakashvili recalled several details from the 2008 war, most of them concerning the issue of the president allegedly leaving Georgia. According to Saakashvili, there were threats from the Russian side, forcing him and his family to leave Tbilisi, but he did not do so. While commenting on the statement by Saakashvili, Vakhtang Maisaia, a security expert, said that Saakashvili was lying and that the U.S. Secretary of State Condoleezza Rice had written in her memoirs that Saakashvili was, in fact, planning to flee but the French President Nicolas Sarkozy has changed his mind. 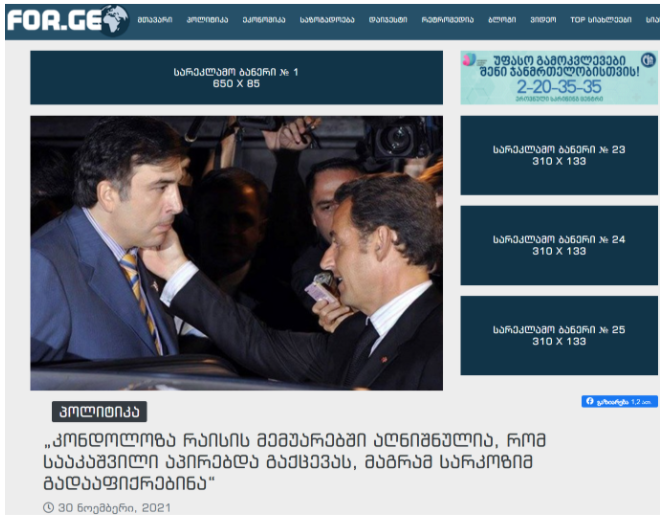 Condoleezza Rice, the U.S. Secretary of State in 2005-2009, dedicated a separate chapter to the August 2008 war in her 2011 publication entitled “No Higher Honor: A Memoir of My Years in Washington.” Rice recalls a telephone conversation with the Russian Foreign Minister Sergei Lavrov, stating that Lavrov made three demands. According to one of Lavrov’s demands, which was not supposed to be revealed to the public, Saakashvili had to leave the country. In her memoirs, Condoleezza Rice notes that Saakashvili was a democratically elected president; hence Russia had no right to demand his removal.

As for Nicolas Sarkozy, Condoleezza Rice recalls asking Sarkozy how she could help him, to which Sarkozy replied that he wanted the Georgian side to sign a document he had drafted, to which Saakashvili refrained.

Rice’s memoirs do not contain any information about Nicolas Sarkozy convincing Mikheil Saakashvili not to flee the country. Noteworthy, Sarkozy himself does not write about such a fact in his memoir “Time of Storm”, which includes a section about the Russian-Georgian war.

The information included in the For.ge article was also published by the outlet “Marshalpress” and sezonitv.ge on November 30th and December 1st with similar headlines. In addition, according to Facebook analytics tool Crowdtangle, articles by for.ge, Marshalpress and sezonitv.ge were shared in 13 groups and 5 Facebook pages.