What Caused the Death of the Tanzanian President? 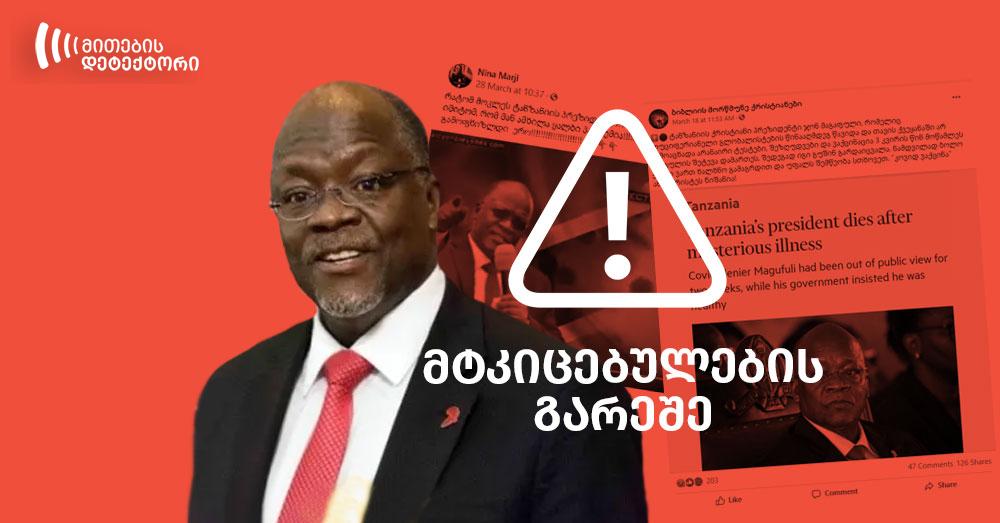 On March 28, Facebook user Nina Marji published the video of the Tanzanian President John Magufuli speaking about the malfunction of COVID-19 tests. According to the post description, the Tanzanian president was killed after he exposed the fake coronavirus pandemic. On March 25, the post with a similar content was published on the “Bible Believing Christians” page. It was said in the post that the Christian president of Tanzania, John Magufuli, who didn’t acknowledge the coronavirus pandemic, was poisoned a few weeks ago causing a heart attack that led to his death. 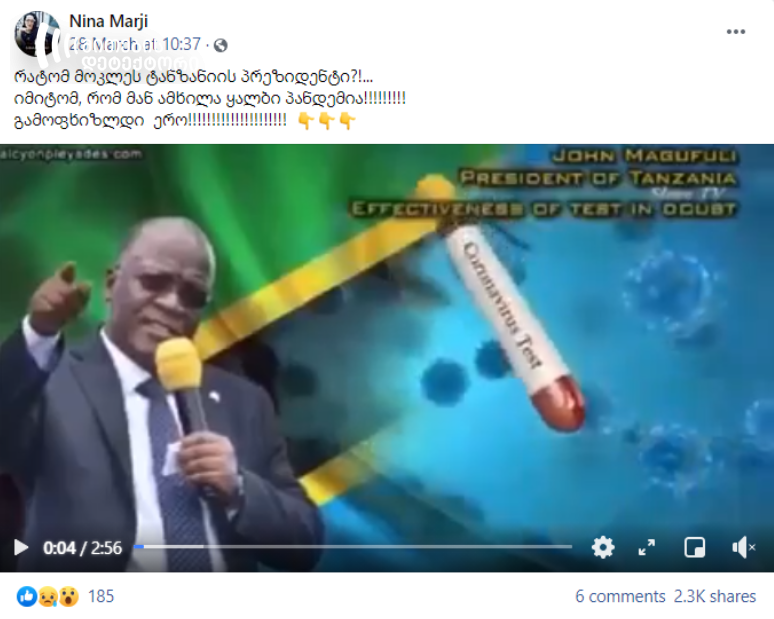 Information about the poisoning of the Tanzanian president has been disseminated without evidence. According to the official information, John Magufuli died of a heart attack on March 18, whereas, opposition says that the president fell victim to coronavirus.

John Magufuli, 61, nicknamed “Bulldozer” disappeared out of the public eye two weeks before his death. Officials name a heart attack as the cause of the president’s death. According to the Tanzanian vice-president Samia Suluhu Hassan, Magufuli had died of heart complications at the Hospital in Dar es Salaam. The vice-president noted that Magufuli had suffered from chronic arterial fibrillation for the last decade. The opposition leader, Tundu Lissu spoke to BBC and stated that President had coronavirus despite the fact that information hasn’t been officially confirmed.

Magufuli didn’t perceive the COVID-19 pandemic as a threat and advocated prayers and steam inhalation in the fight against COVID-19. President claimed that samples taken from a goat and pawpaw had tested positive for coronavirus, however, according to the Africa Centers for Disease Control and Prevention, claim on the malfunction of coronavirus tests was false. Jack Ma, the founder of Alibaba Group, has provided thousands of test kits, masks, and other protective gear to African states and this equipment is being used across the continent. No other countries have expressed complaints about the tests malfunctioning. According to fact-checking platform Snopes.com, given the fact that there’s no evidence, apart from the President’s statement, to prove the faulty nature of COVID-19 tests, Magufuli’s statement was rated as “unproven”.

It’s worth mentioning that Austrian MP conducted an experiment on Coca-cola in December and received positive test results. According to the test-manufacturing company Dialab, even pregnancy tests would be positive in such experiments since the test was taken incorrectly.

Read more on this topic in the old article of “Myth Detector”:
Coca-cola was incorrectly tested for COVID-19 using a rapid test