What are the dangers of discretionary misuse of antibiotics? 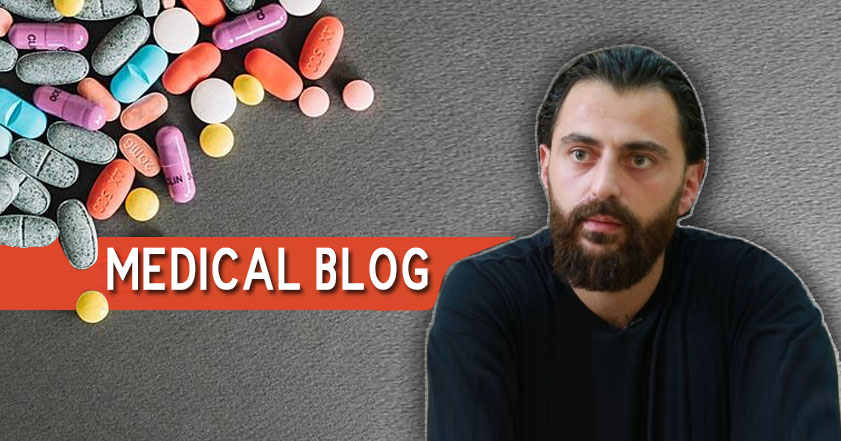 “Myth Detector” continues scientific and medical blog series that, in times of coronavirus pandemic, aims to provide society with scientifically proven facts about health-related issues and to dismiss anecdotal evidence spread by various sources.  The topic of today’s blog is antibiotics and discretionary use of it. The blog is presented by doctor anesthesiologist-intensivist Archil Marshania.

At the beginning of the 20th century, the average life expectancy worldwide was approximately 47 years. Medicine wasn’t greatly developed and moved forward very slowly, and one of the reasons for the slow development was the difficulty of fighting infectious diseases as well.

Albeit, one beautiful day in 1928 one of the Scottish scientists accidentally left Petri dish full of staphylococcus that he meant to to put in the incubator, on the table, and went on a two-week vacation. Once back, he noticed an abnormal membrane on the dish, around which bacterial culture did not grow. Of course, he still did not know what a brilliant and revolutionary discovery he made with this simple mistake and just had an idea to create a local topical antiseptic at an early stage. In a few years, he received a Nobel Prize and gave an invaluable gift to humanity with the discovery. The fact that afterward average life expectancy equaled 75 years instead of 45 was thanks to this discovery as well.

As you might’ve guessed, we’re talking about Alexander Fleming, who discovered penicillin by accident. This accident brought medicine to a whole new level and started an era of antibiotics in the history of mankind.

In the same year he received a Nobel Prize, he stated in an interview with the New York Times that we could’ve had fatal results if the discovery was utilized inappropriately and irresponsibly. Unfortunately, Fleming’s warning came true and mankind already faces the problem of resistant bacteria evolution, the rate of bacterial infection against which not a single (!) current antibiotic is effective, has already increased.

What is an antibiotic?

There are organisms around us that cannot be seen with our eyes, albeit there is a great deal of them and we literally encounter them everywhere, on our skin, soil, water, hair, in our body, and so on. These organisms are called microorganisms. Bacteria is a microorganism as well. It’s one of the first forms of life that was created on earth. Bacteria are part of our everyday lives, trillion bacteria live in and on our body, albeit it doesn’t mean that the word bacteria is a term with a negative undertone in itself. The majority of it is so-called good bacteria that are necessary for our routine, they help us digest the food, form immunity, and so on.

Albeit, some bacteria can cause small infections as well as acute epidemics. Mankind has a weapon to fight against them and this invaluable weapon is an antibiotic.

An antibiotic is a substance that is used to treat bacterial infections, it either directly kills bacteria or prevents the growth, which eventually results in the defeat of the infection.

After the antibiotic was discovered, numerous bacterial infections became very easy to manage and their treatment wasn’t difficult, but in current reality, more and more types of antibiotics cannot be as effective against bacteria as they were before.

Why did antibiotics lose their effectiveness?

The problem isn’t only in antibiotics, it’s in the misusage of it.

The root of the problem is diverse and we can highlight several causes:

Given the mentioned, more and more types of bacteria become resistant i.e., antibiotic-resistant every day.  Even though bacteria is a unicellular microorganism, it adapts well to environmental irritators and mutates. i.e., “learns” to prevent the effect of antibiotics, then multiplies and transmits this characteristic to its’ posterity. If we consider the fact that bacteria can multiply in minutes, it’s easy to imagine the scale of the problem as well.

To delve deeper into the process, there are three fundamental mechanisms of changes in antibiotic resistance of bacteria:

Irresponsible use of antibiotics- self-treatment, unnecessary intake of antibiotics, insufficient dose, and prolonged consumption of it contributes more to the rapid and effective changes in bacteria.

Statistics also indicate the relevance of the problem. Only in the U.S., 35 thousand people die because of antibiotic-resistant infections annually. In Europe, only in 2015 more than 30 thousand people died of the same cause, whereas worldwide this number reaches 700 thousand.

How to handle this challenge and what responsibility do doctors and patients have?

Antibiotic-resistant infections are one of the essential challenges to the modern world and the fight against it comprises improving the level of education in doctors and implementing international recommendations in antibiotic therapy. Moreover, great attention is paid to the education of patients and generally, society to prevent self-treatment and spread of myths. Monitoring of bacterial evolution proceeds constantly and scientific society tries to create new types of antibiotics and annually, more and more countries implement regulations to reduce the practice of adding antibiotics in animal/bird food.

As unfortunate as it might be, we often encounter mistakes and misprescribed antibiotics even in people with medical education (for example, in the U.S. one of the studies in 2016 showed that there was no need for antibiotic therapy in at least 30% of the cases of prescribed antibiotics ), that’s why alongside numerous other technical and scientific work,  it’s important to implement international standards in antibiotics usage that will derive from evidence-based medicine

In the fight against antibiotic-resistance, an educated patient together with an educated doctor is also very important, because each one of us plays a significant role in this process. Hence, a question is asked – what can we do?

For this reason, I’ll provide 8 advice on how to help eradicate the problem of antibiotic resistance evolution:

Remember, an antibiotic is an invaluable friend of mankind, hundreds of millions of lives were saved thanks to it and this process still continues. This invaluable medication needs the care to remain our friend. This is determined by several factors: An antibiotic should be selected properly with proper dosage and at the right time with the proper duration of treatment. Avoid self-treatment and see a professional. Otherwise, this friend will turn into an enemy, and with irresponsible usage, we will increase the number of super-bacteria against which we won’t have a weapon.

Scientific blog was prepared by Media Development Foundation (MDF) with the financial support of Back Sea Trust (German Marshall Fund). Opinions expressed in the article belongs to the author and might not reflect the opinions of Black Sea Trust.