Was the name of Volodymyr Zelenskyy printed on the cover of TIME without the forbidden V and Z symbols? 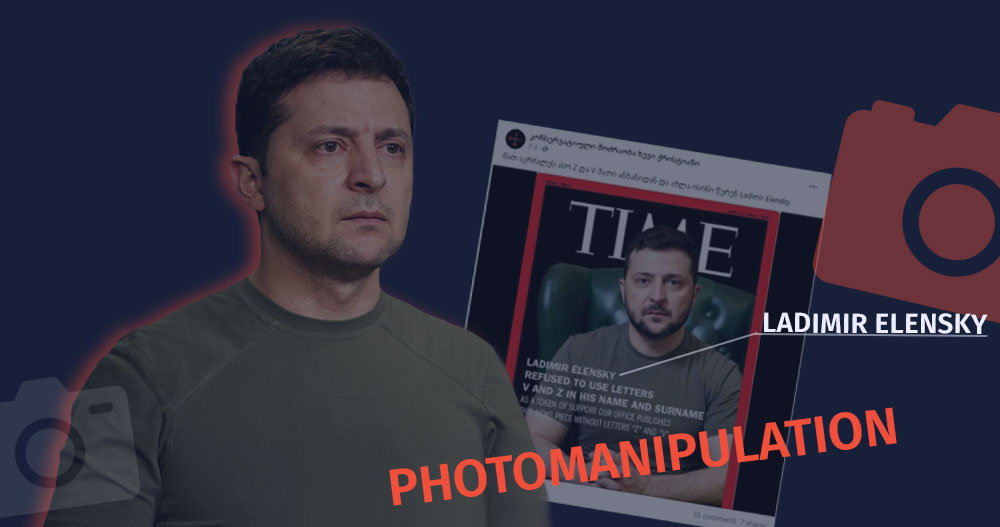 On April 16th, the Facebook user “Conservative Movement Khevi Kristiani” published a photo of the cover of TIME magazine. The cover depicts the President of Ukraine, Volodymyr Zelenskyy. According to the caption, “Ladimir Elensky” refused to use the letters V and Z in his first and last name, and TIME referred to him as “Ladimir Elensky” as a sign of respect. The cover photo is dated April 25th/May 2nd. 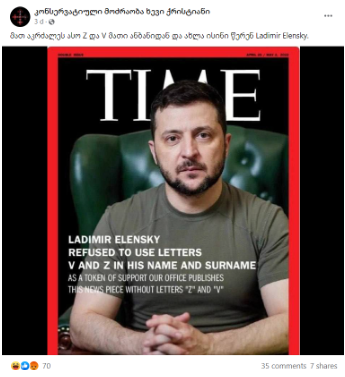 The cover photo of TIME is altered. In fact, the cover photo of the magazine for the indicated dates was dedicated to baseball in the US and to climate change in other editions of TIME. A law passed by the Ukrainian Rada on April 14th prohibits the use of Russian militaristic symbols Z and V in public for propaganda purposes and does not entail removing these letters from first and last names.

The disseminated photo indicates April 25th/May 2nd as the dates of the issue of the magazine. In fact, the cover of the American edition of TIME on these dates was dedicated to baseball player Shohei Ohtani. The cover photos of the editions of Europe, the Middle East and Africa, as well as Asia and South Oceania are identical and instead of Volodymyr Zelenskyy, they feature an illustration on climate change. 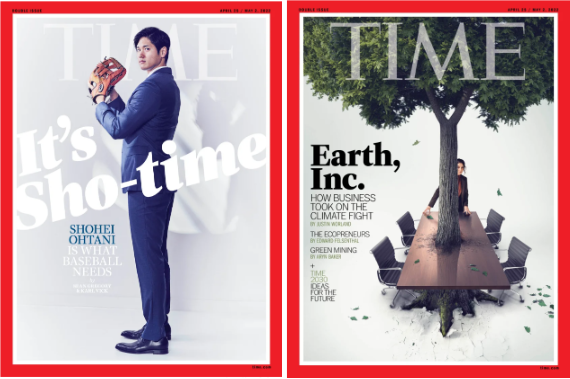 Volodymyr Zelenskyy appeared on the cover of TIME in December 2019 with an entirely different photo and caption. 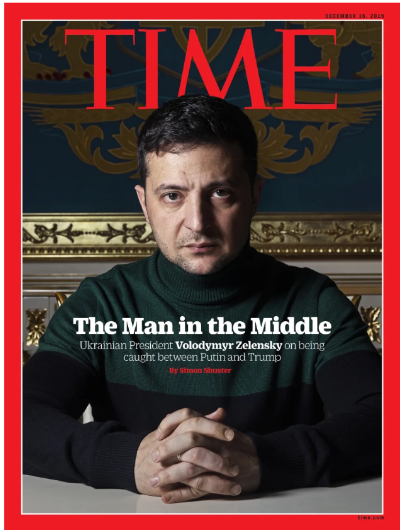 Zelenskyy apparated on the cover of TIME on December 16th, 2019, with regards to the impeachment of then-President Donald Trump. The publication called him ‘The Man in the Middle’ because part of the investigation was being carried out in Ukraine.

As for the ban on the Z and V symbols, the ruling party in the Ukrainian Rada initiated a bill banning the “propaganda of Russia’s neo-Nazi totalitarian regime” on April 1st, and the Rada passed the law on April 14th. The law prohibits the use of the symbols Z and V in the Ukrainian information and public space, although it does not imply the removal of these symbols from names and surnames. The law also recognizes Russia as a terrorist state and clarifies that the symbols Z and V have become symbols of the Russian military invasion of Ukraine, although the law does not prohibit the use of letters in words. The bill was preceded by a similar decision by the Latvian Parliament regarding the symbol Z. 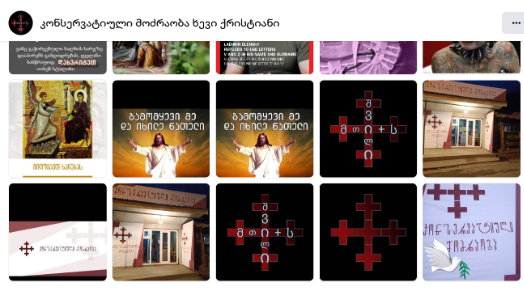 No personal photos can be found on the account’s profile. Posts with anti-Western content are often published by the profile.