Was the Director-General of the WHO Spotted Dancing in a Bar in Brazil? 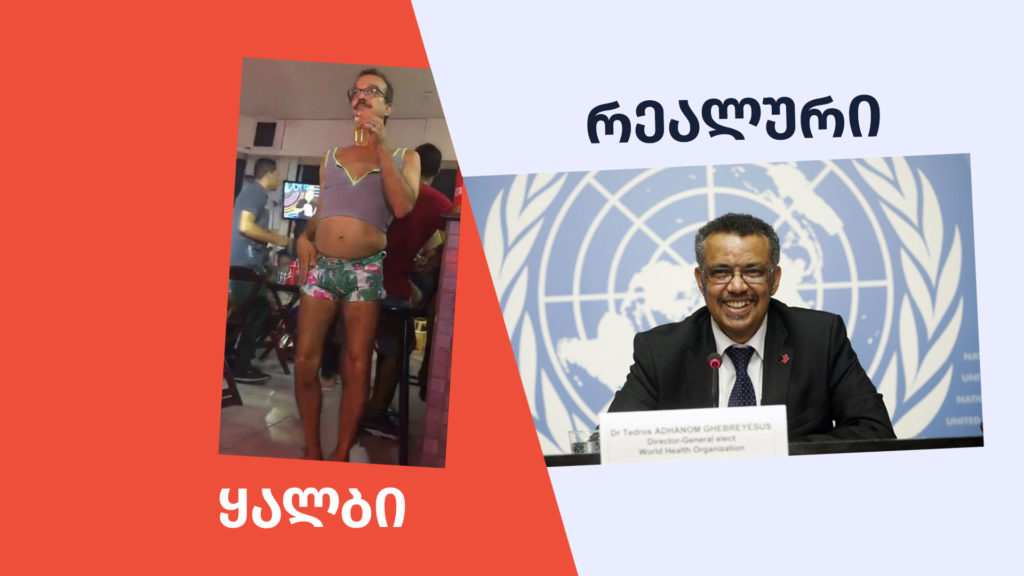 On August 10th, the Facebook user Papuna Chikovani shared a video collage, showcasing the director of the National Center for Disease Control, Amiran Gamkrelidze, discussing the challenges of vaccination and stressing that Georgia awaits the official recommendations of the World Health Organization, which represents the primary regulator. The scene is then followed by the picture of Tedros Adhanom Ghebreyesus, the director-general of the WHO and a video of a moustached man wearing shorts and a t-shirt and dancing while holding a glass. The video collage creates the impression as if the portrayed man is the director-general of the WHO.

As of August 27th, the video has accumulated more than 1800 shares. 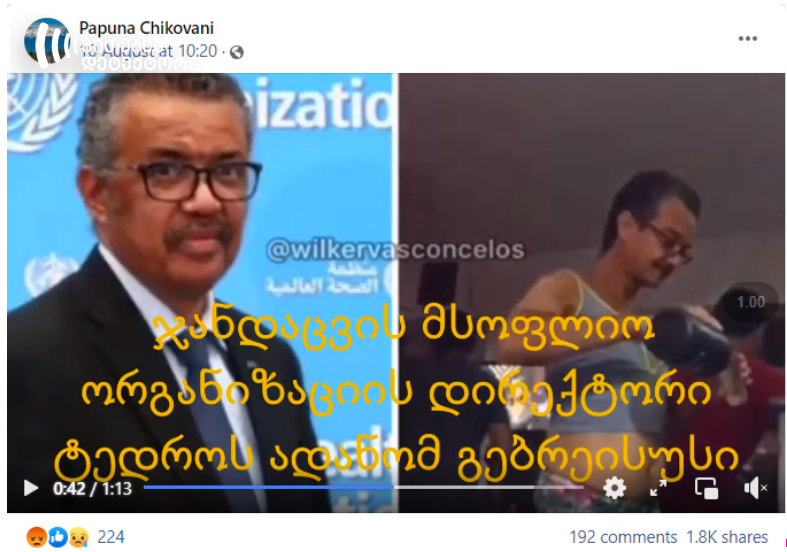 The video spreads disinformation since the man portrayed in the video is not the director-general of the WHO. The video disseminated on social media was recorded on February 16th, 2020, in a local bar in Brazil. In the same period, Tedros Adhanom Ghebreyesus was in Europe, attending conferences in Munich and Geneva.

The video was recorded on February 16th, before the outbreak of the coronavirus pandemic in a local bar in Brazil. The video includes footages from the TV Globo program “Domingão do Faustão.” The mentioned program aired on Sunday, February 16th, 2020. In a musical competition, celebrity couples were competing against each other. One of the participants can be observed in the video spread on social media. 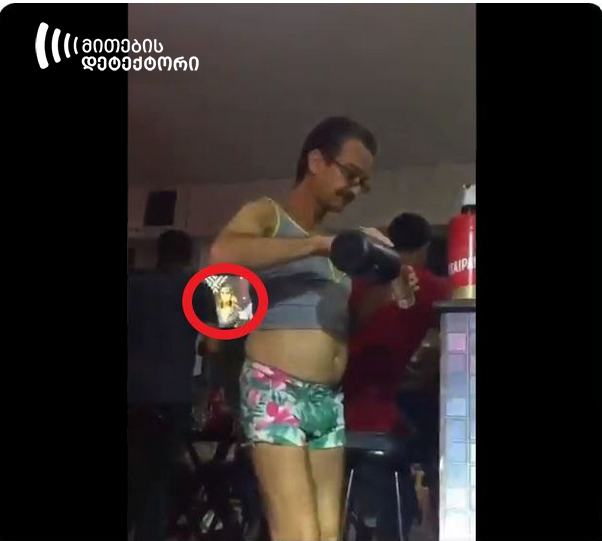 The scene from the bar

The scene from the program

In addition, watching the video in a better quality allows us to read the number on the waiter’s shirt. A Brazilian agency, Extra.globo.com, revealed that the number on the waiter’s shirt belonged to the owner of a bar in Sao Paulo. The bar is located in Santos, on the coast of San Paulo. The bar owner confirmed that the video was shot in February 2020 at his bar.

“I saw the video. I do not know who posted it [on the internet]. The bar is now closed. No doubt this happened months ago. Live music was playing. “Now the bar is closed,” said the owner.

On February 16th, 2020, the director-general of WHO could not physically be in Brazil, as he was attending a security conference in Munich at the time. The conference lasted from February 14th to 16th, with Tedros Ghebreyesus delivering a speech on February 15th. A video of the speech I can also be found on the official website of the Munich Security Conference. 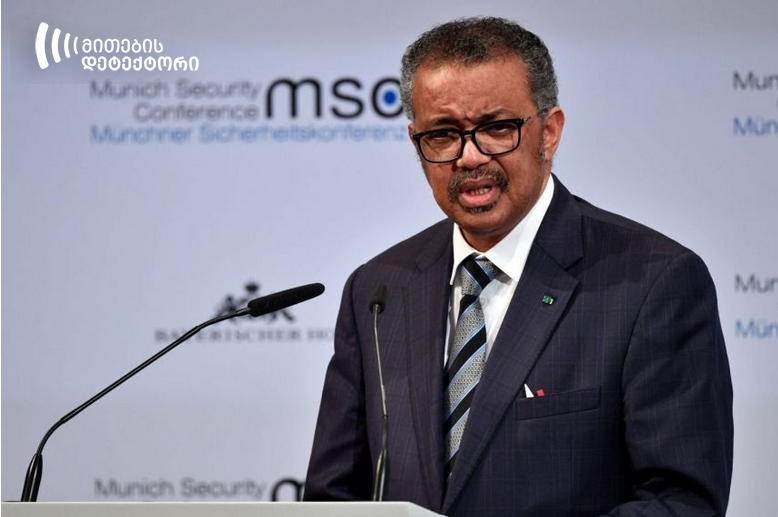 On February 17th, 2020, in Geneva, Ghebreyesus participated in a press conference related to the coronavirus.

The spread of the video

Apart from Papuna Chikovani, on August 25th, 2021, the same photo was shared by Facebook user Ramin Abuladze. The following description accompanies the photo: “A man who will obey the recommendations of this f*g is worse than him.”

The video showing a man dancing in the bar was shared by an anti-oppositional Facebook page “Sekta” and added the following question: “WHO President?” 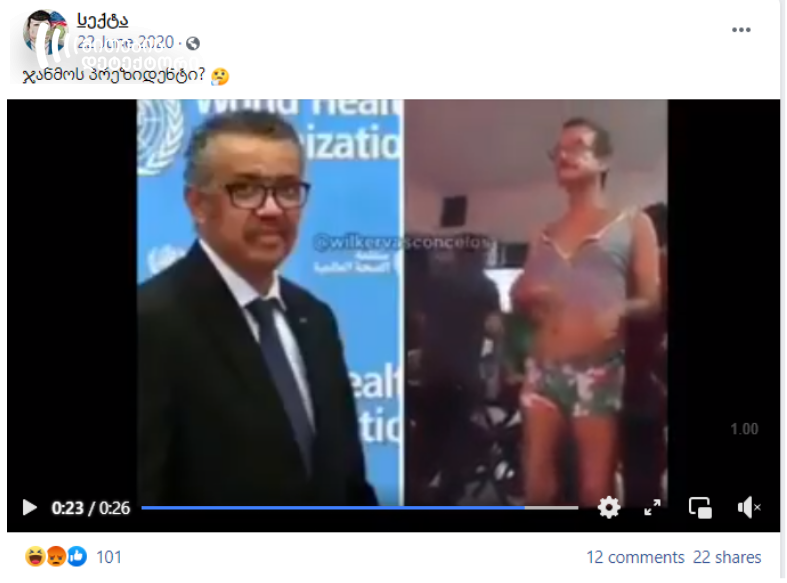 Facebook user Papuna Chikovani does not publish personal photos and information. However, according to the different name (mate.matee.923) indicated in the profile link, one can assume that the account is fake.

Facebook user Ramin Abuladze is a supporter of the political party ERI (Unity, Essence, Hope) and “Alternative for Georgia.”