Was Legalization of Illegal Migrants Demanded in Paris? 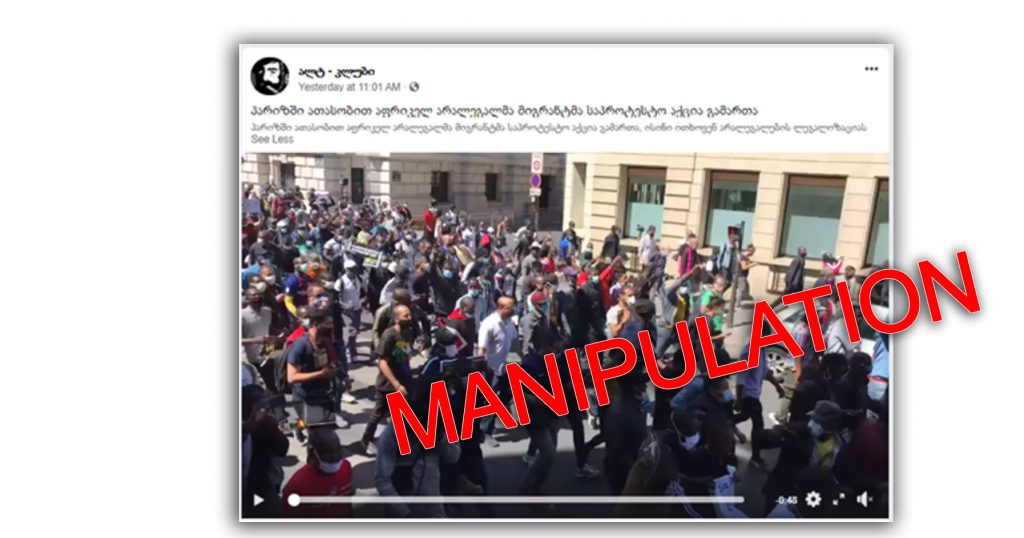 On June 4, 2020, Facebook page “Alt-Club” posted a video showing a protest rally in Paris. According to Alt-Club, thousands of African migrants rallied in Paris, demanding legalization of illegal migrants. The post does not indicate the date of the rally and other details. 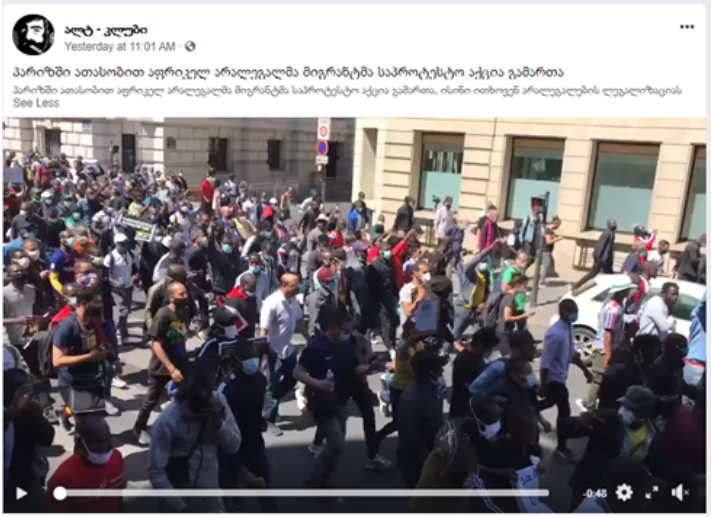 The video posted by Alt-Club is authentic, but the caption added by the Facebook page – “Thousands of illegal African migrants held a protest rally in Paris; they are demanding legalization of illegal migrants” – is manipulative. Demonstrators gathered in Paris on May 30 to defend the rights of undocumented migrants exposed to coronavirus in detention centers.

Video analysis has revealed that the footage was filmed in Paris on May 30, 2020. According to Google search results, the video was first uploaded on Twitter by user Charles Baudry. 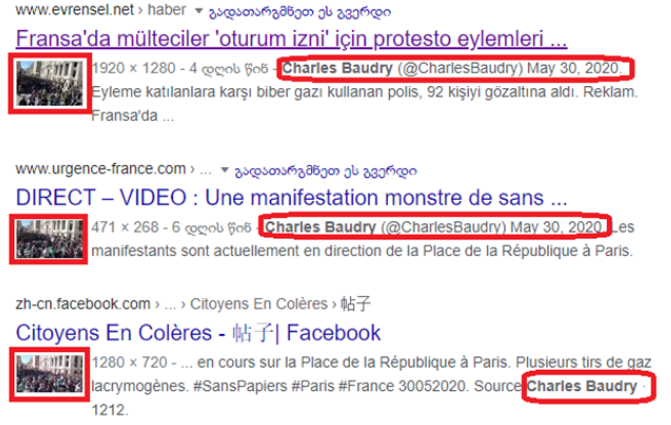 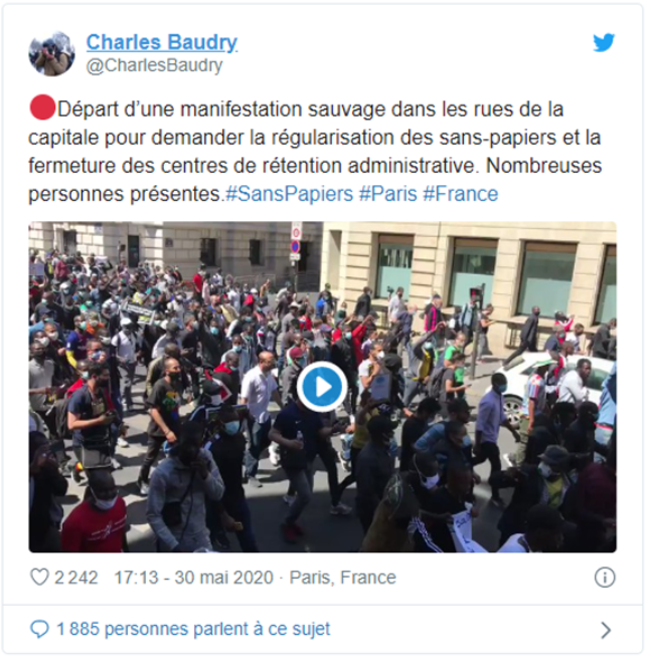 According to AFP News Agency, hundreds of demonstrators gathered in Paris on May 30 to defend the rights of undocumented migrants. The participants of the Solidarity March demanded abolition of detention centers, because they did not meet necessary standards to prevent the spread of COVID-19. Most of protesters were migrants, but it is worth noting that about 195 organizations and unions expressed support to the Solidarity March as well as to regulation of policy on illegal migrants.

The caption added by Alt-Club to the video is misleading and manipulative, because:

Noteworthy that Alt-Club has not indicated the date of the protest rally and the video was published in a period, when an absolutely different rally was being held in Paris. About 20,000 people gathered in Paris on June 2 to protest the death of Adama Traoré, a black man who died at the hands of police officers in 2016. The protests were sparked after an independent probe commissioned by Traoré’s family was finally released on June 2; it found that his death was caused by the violent arrest by police forces. Another protest rally is also planned for June 6.