Was a Young Man Arrested in London Underground for Not Wearing a Mask? 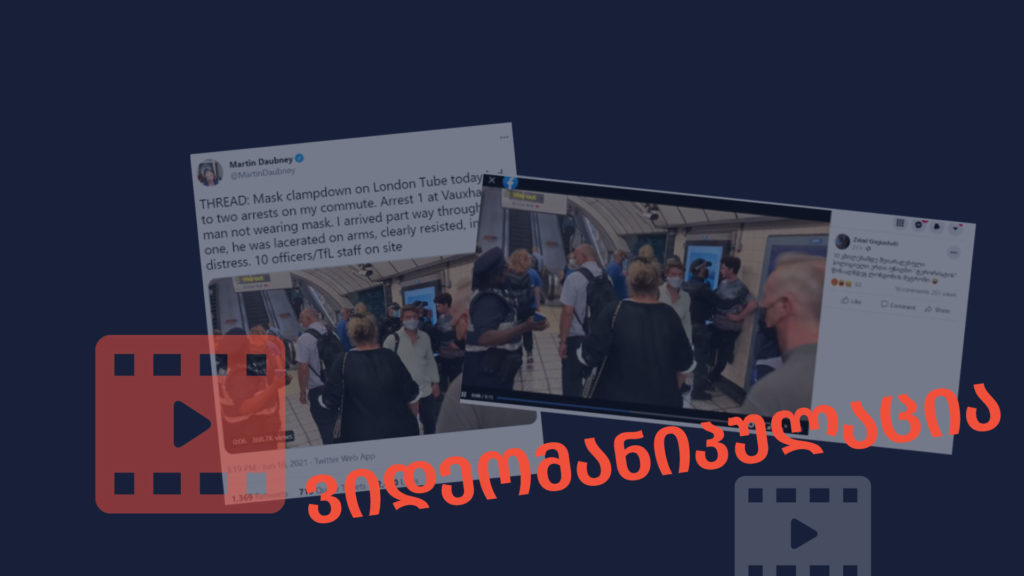 On June 10, a Facebook user Zviad Gogiashvili disseminated a video, showing an arrest of an individual by several police officers in London Underground. Gogiashvili shares the video with the following comment: “Ten fully armed police officers against one mask-less ‘terrorist’ in the London Underground”. The given comment creates a perception that the man was arrested for not wearing a mask.

The claim that the young man in the video was arrested for not wearing a mask is false. In fact, the police were called to the Underground station because the man was racially abusing and assaulting a transport company employee.

The said video was initially uploaded to Twitter by a former British European Parliament member and a member of the Brexit Party, Martin Daubney. He wrote that it was one of the two arrests he witnessed on that day and that both of them happened for not wearing a mask. 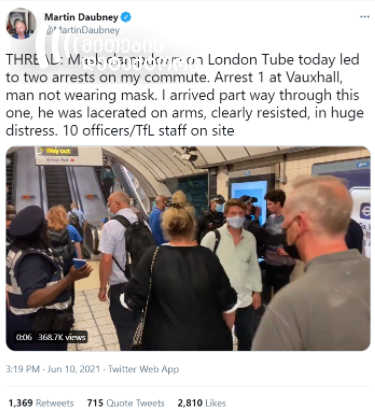 British Transport Police replied to Martin Daubney’s tweet and explained that the police were called to the Underground because the man was racially abusing and assaulting a transport company employee after being asked to fold his scooter on the escalator.

With the aim of retrieving additional information, a British edition, Express, contacted the British Transport Police. A spokesperson of the Police stated that the police were called to the Vauxhall Underground station for racial abuse. The suspect was arrested and taken to a police custody for questioning.

Myth Detector has already fact-checked disinformation about arrests due to not wearing a mask:
Is a Clash between Steaua and Dinamo Fans Linked to Face Masks?