Videos about US Elections Disseminated with False Description 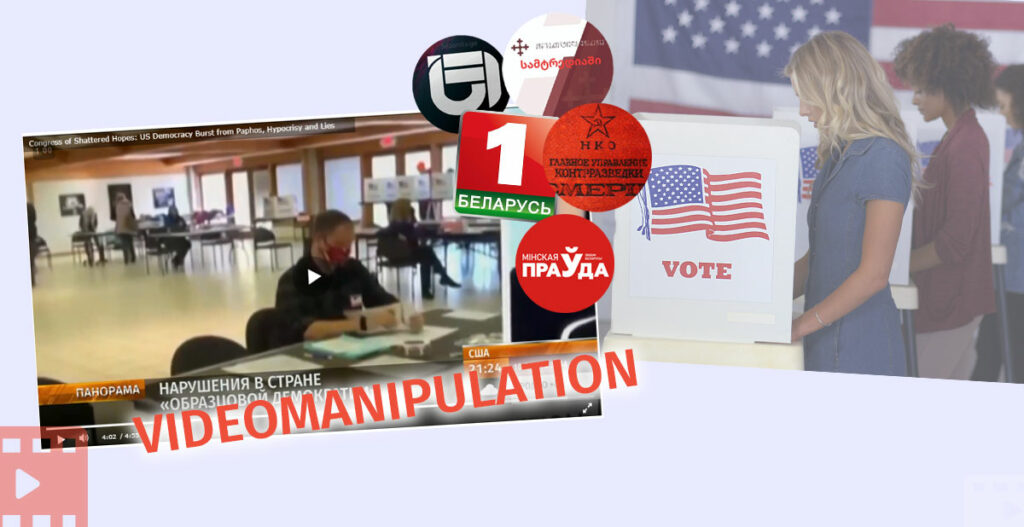 On November 9th, 2022, a Georgian language Facebook user shared a video depicting the 2022 midterm elections of the United States. The video shows a man wearing a face mask making notes on several pieces of paper one after the other. According to the attached description, the video was shot in Philadelphia, and the person is a poll worker falsifying the election results. The mentioned video was published on the Facebook page of “Sezoni TV” and shared by other Georgian-speaking Facebook users (1,2), including the Samtredia office of the “Conservative Movement”.

The video was used by Belarus’ First Channel and Minskaya Pravda as proof of election fraud in the materials prepared about the current elections in the US. The video was shared with identical descriptions by Russian-speaking Facebook users (1,2,3,4,5,6) and pages (1,2) including СМЕРШ.

On November 9th, Georgian-speaking Facebook users (1,2) shared another video related to the midterm elections, claiming that the video shows that citizens who came to the polling station were not allowed to vote, and then the elections were falsified electronically. 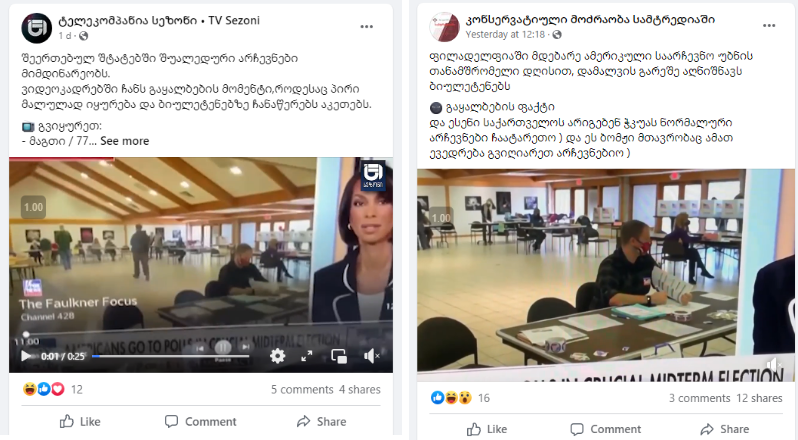 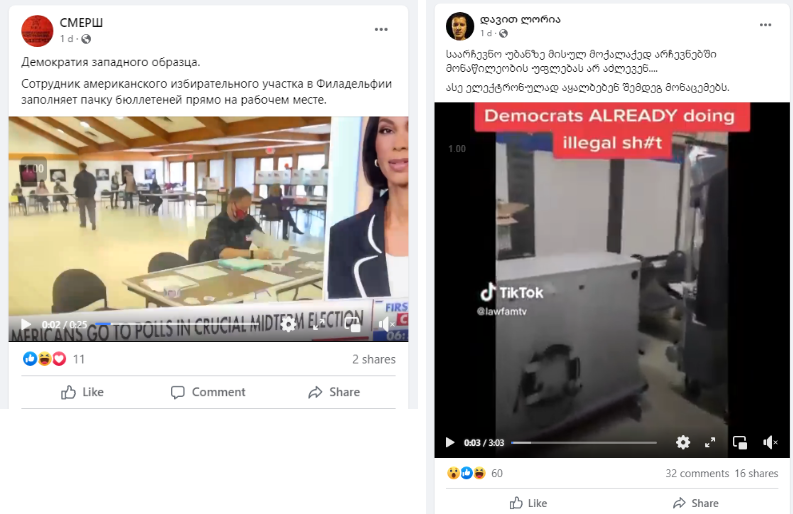 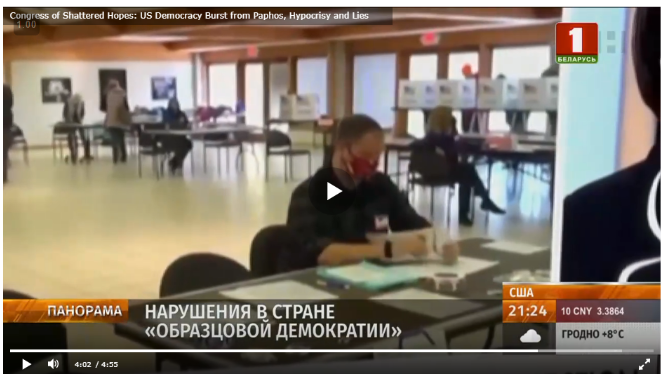 The videos depicting the election process are being circulated with false descriptions. The video of a poll worker signing ballots was filmed in Wisconsin and shows the process of initialling ballots, which is required by state law. The second video belongs to the candidate of the Republican Party, who protested the display of political flyers in one of the precincts, and it does not reflect an attempt to falsify the elections.

The first viral video was cut from the Fox News program “The Faulkner Focus“. In several parts of the program, along with the discussion of the presenter Harris Faulkner and the guests, the footage showing the election process in various state districts appeared in the background. One of them is a neighbourhood in Madison, Wisconsin, which was seen in parallel with the interview with Mike Pompeo, the 70th US Secretary of State:

The content of the circulated video was fact-checked by several US media outlets (1,2,3). According to their findings, the video shows a poll worker initialling the ballots, which is a mandatory procedure in the state of Wisconsin. The ballot is initialled by two employees, after which it is given to the voter who arrives at the precinct. Therefore, the video does not reflect an attempt to falsify the elections.

The fact that the video was not recorded in Philadelphia was confirmed by the city Commissioner Seth Bluestein on his Twitter page. 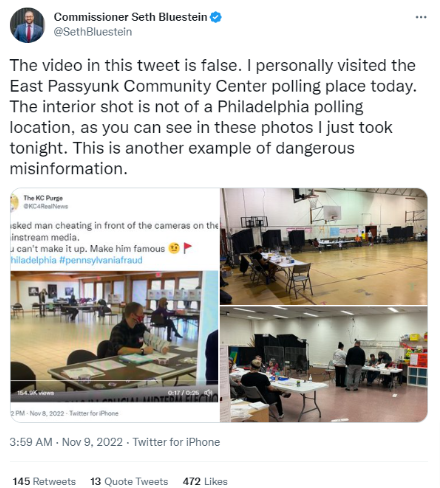 As for the second video, according to viral posts, it allegedly shows how voters who come to the polling stations are not allowed to vote, after which the results are falsified electronically.

In fact, the mentioned video belongs to a member of the Republican Party, Billy (William) Prempeh, who is running for the House of Representatives on behalf of the state of New Jersey in the current elections. 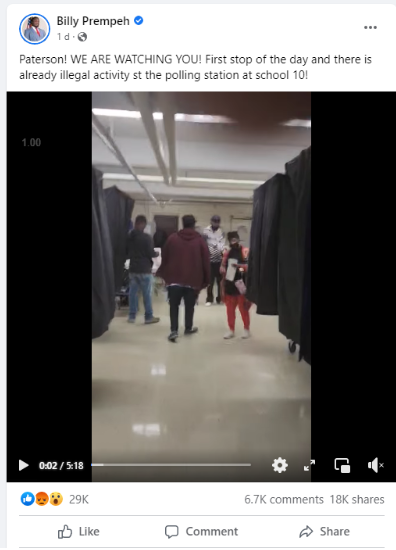 Prempeh published the video on his official Facebook page on November 8th, claiming that he found a violation in one of the polling stations. The video shows that the violation concerns political flyers. The candidate of the Republican Party noticed the flyers in the area and started protesting the fact. According to polling station employees, the said flyers were confiscated from the voters who came to vote. Therefore, the distributed video has nothing to do with voter restrictions or electronic election fraud.

Alleged evidence of US election fraud has been circulating in the past as well, with various actors claiming that the 2020 US presidential election was rigged. For more information, see “Myth Detector” articles: