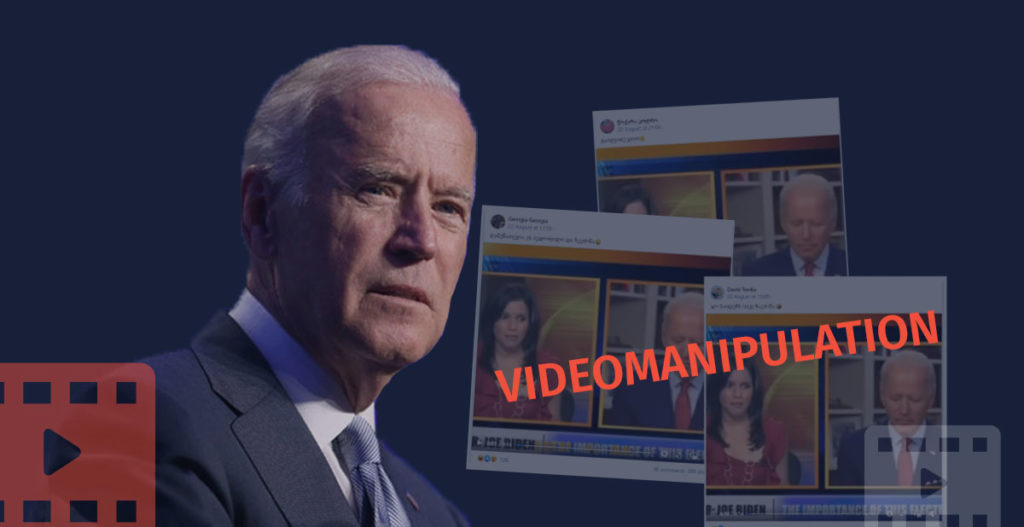 On August 22nd, Georgian-language Facebook accounts (1, 2, 3) circulated a video depicting the President of the United States of America, Joe Biden. The video allegedly shows Biden falling asleep during an interview, while the host urges him to wake up. In addition, the video is accompanied by the sound of snoring.

The left part of the video was recorded in California in 2011, during which news anchor Leyla Santiago chats with singer Harry Belafonte. Due to Harry Belafonte’s meditation and audio problems, he could not hear the anchor’s voice, which is why the journalist had to call the singer to wake up several times. Layla Santiago’s voice can also be heard a few seconds later, “This is your wake-up call, Harry.” 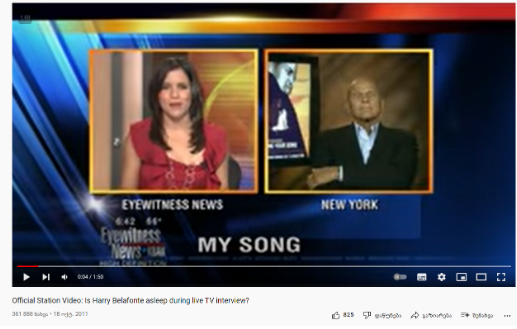 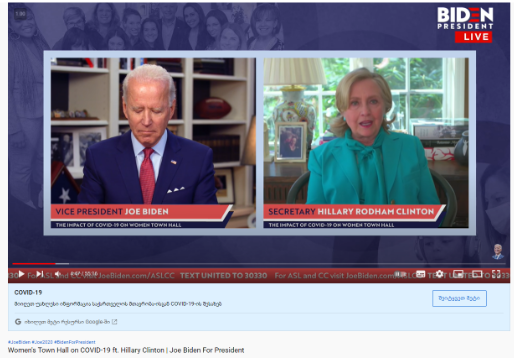 The above-mentioned video was also verified by foreign fact-checking platforms. According to Snopes, the fake video was initially shared by Twitter user @damonimani. Twitter later removed the video in response to a complaint filed by the copyright holder.

Notably, the video of Joe Biden was published by Dan Scavino, the then social media director of the White House.

Dan Scavino’s post was shared by CBS Sacramento anchor John Dabkovich who noted that the video was fake. The post also states that Dabkovich was in the studio during the interview with Harry Belafonte. 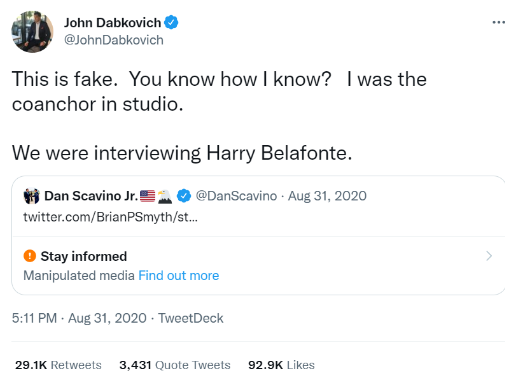 Fake photo and video materials about Joe Biden have been verified by “Myth Detector” in the past as well. For more, see: