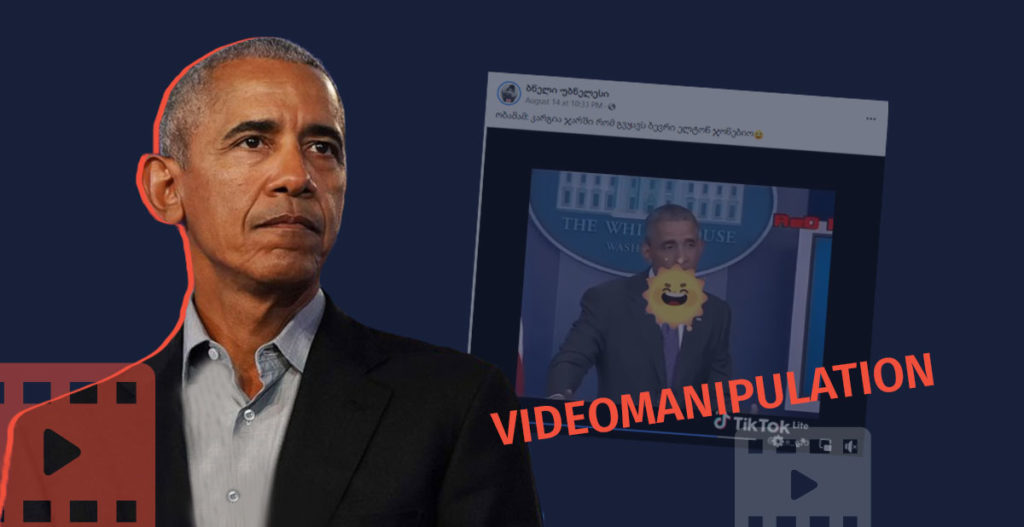 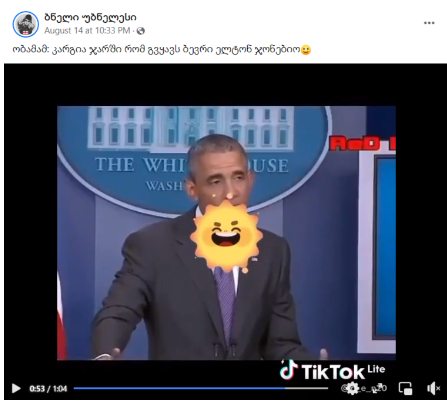 The Russian voiceover of the disseminated video does not match the original audio. In fact, Barack Obama didn’t mention Elton John or George Michael or homosexuality; he was talking about the importance of voting in elections.

On April 28th, 2016, the 44th President of the United States, Barack Obama, met with journalism students at the White House for a Q&A session on a variety of topics, including immigration, the water crisis, Syrian refugees and civic engagement. The video fragment distributed by the Facebook account is from this meeting. The video spread on Facebook includes different frames of the recording of the meeting with the students.

In the altered fragment of the video, Obama talks about civic engagement. In particular, he answers a question from one of the students about what possible plans the Obama administration has for revitalizing the faith in democracy. In the altered video, only a small part of Barack Obama’s answer is included, where Obama talks about cynicism and voting and notes that cynicism is important for people in power, and it is possible to overcome this by participating in elections. In addition, Obama also talks about the importance of reporting good news, telling reporters that in addition to writing about government mistakes, which makes the government more accountable and responsible, we should also focus on reporting what is actually working well.

The full version of the video of the meeting shows that Barack Obama does not talk about homosexuality and military service. He doesn’t even mention Elton John or George Michael.

Notably, in the comments section of the video, a Facebook user writes that Michelle Obama, the wife of Barack Obama was a man.

For more on this topic, see the article prepared by “Myth Detector:”