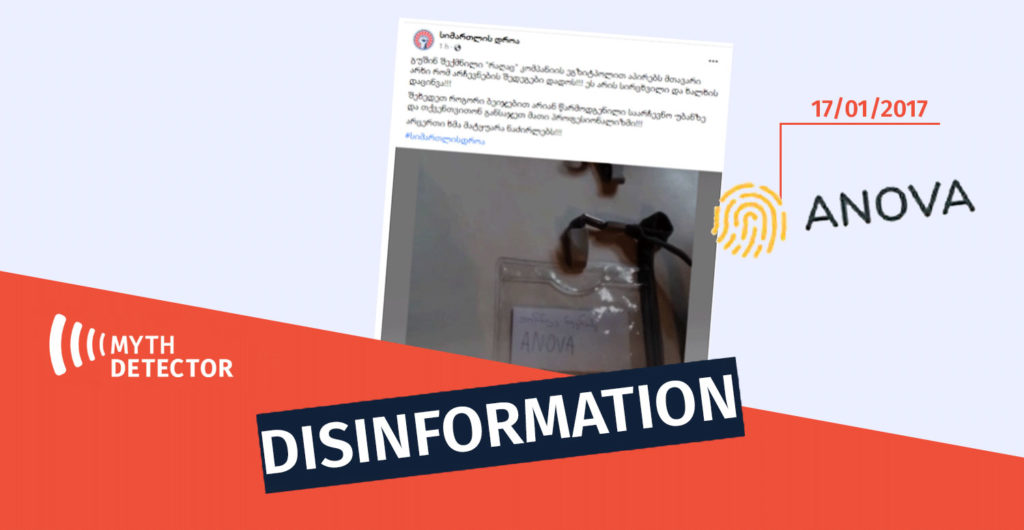 On October 30th, the day of the second round of local elections, the Facebook page “Simartlis Droa” [It’s Time for Truth] posted a photo claiming that the election exit polls are being conducted by an organization founded only yesterday. The published photo shows the badge of the representative of the research company “ANOVA” which is contracted by “Mtavari Arkhi.” 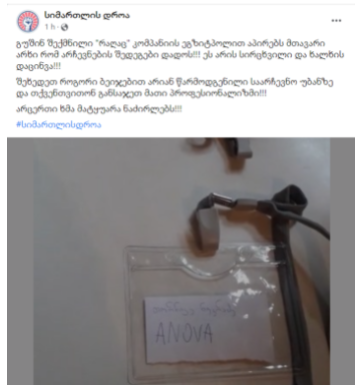 The claim that the research organization “ANOVA” was established only yesterday is false. “Anova” has been working in the field of market and sociological research for 4 years.

Research organization “ANOVA” has been operating for 4 years. It was registered in the legal form of a limited liability company in the National Agency of Public Registry on January 17th, 2017 and has been pursuing its activities in the field of market research, marketing services and sociological research. 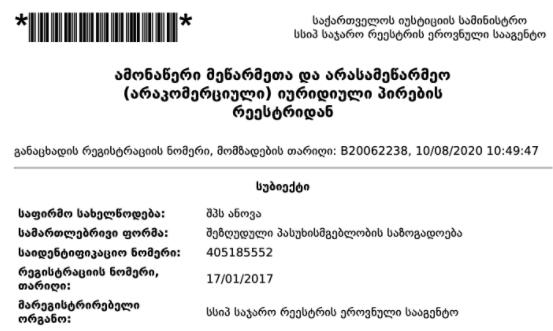 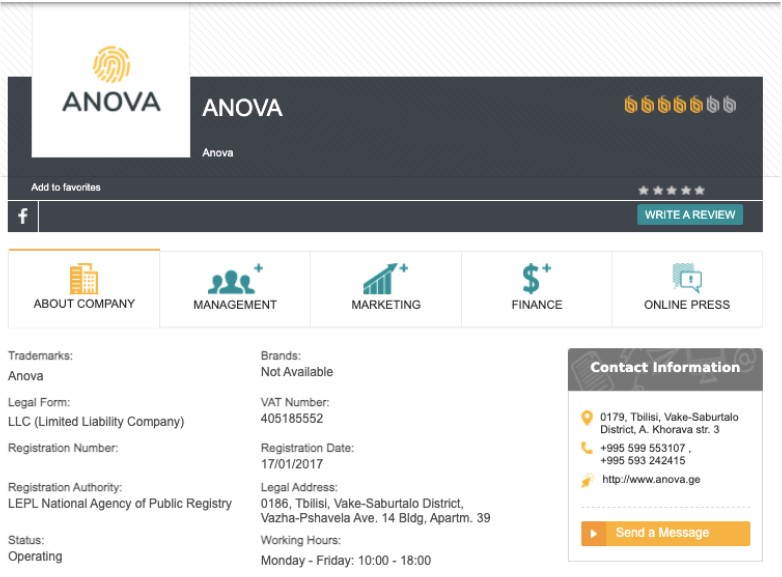 According to publicly available data, in recent years ANOVA has conducted surveys for various organizations, including UNICEF, the Georgian Chamber of Commerce and Industry, “Hera Twenty-one“. On its Facebook page ANOVA posted a research conducted by Ipsos on Covid-19, while Kristine Lortkipanidze, the founder of the company spoke on Forbes – 30under30 on TV Pirveli, noting that ANOVA was involved in the data collection phase and the research belongs to the international organization Ipsos.

Noteworthy, “Mtavari Arkhi” terminated its contract with the “Ipsos” on October 29 due to breach of contract conditions. The same day it was announced that the field research would be conducted by ANOVA, while invited experts would be taking over the data analysis part.