Vandalism in the name of the ‘Conservative Movement’ against the Public Defender, US Embassy and the EU 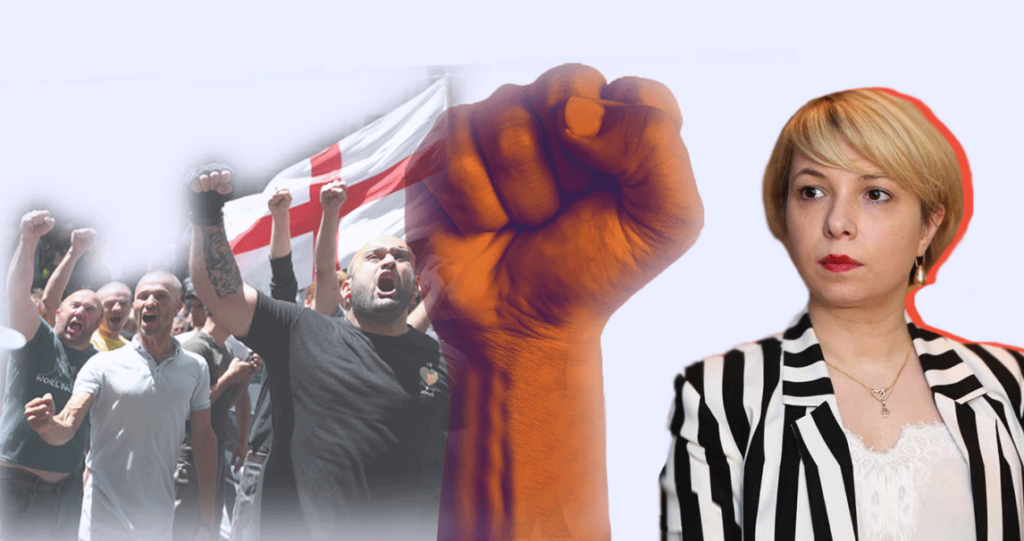 Public Defender Nino Lomjaria has become a target of violent groups this time. The newly-created political party “Conservative Movement,” whose leaders have incited violence against Tbilisi Pride on July 5th, resulting in the injury of 53 journalists, has announced a rally outside the Ombudsman’s office on December 24th. The organizers demand the release of the violent activists detained on July 5th. In the video addresses, party chairman Zurab Makharadze and one of the leaders, Koka Morgoshia, called on supporters to gather at the Ombudsman’s office, noting that the captives are the personal prisoners of the US and EU ambassadors and Nino Lomjaria. Party leaders have encouraged their supporters to write and disseminate protest calls.

Zurab Makharadze, Conservative Movement: “Our request to our loyal viewers is to record a short video and share it with your friends and relatives, and that you will come to the Marjanishvili metro station on the 24th,  we will gather there and march towards the Public Defender’s Office to demonstrate that the boys arrested on July 5th, are the personal prisoners of Lomjaria, Kelly Degnan and these collective blue-star EU adepts! The people who did not allow the debauchery parade in Tbilisi are unjustly imprisoned because they have not committed anything close to what they are being imprisoned for. So stand by us; we are waiting for our supporters…” 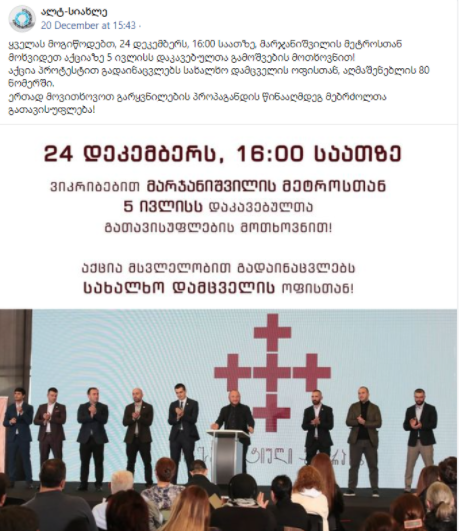 Video addresses supporting the rally of December 24th were recorded by the supporters of Alt-Info’s “Conservative Movement” and Levan Vasadze’s party “ERI”. Fourteen supporters burned EU and US flags in parallel with the call for action. Notably, their speeches had the same content. Each of them noted that the “detainees of the July 5-6th rally are the personal prisoners of the Public Defender, the US Ambassador and the EU Ambassador, so they are burning flags in protest.”

On December 21-22nd, a total of 14 videos containing a call for a rally at the Public Defender’s Office were published. Eleven supporters of the conservative movement have also uploaded videos to their personal accounts. Other Alt-Info supporters shared three of them on their personal pages and groups without indicating their identities.

3 videos, in which the identities of the participants are not mentioned, were uploaded by Giorgi Janashvili and Shako Kerelashvili. 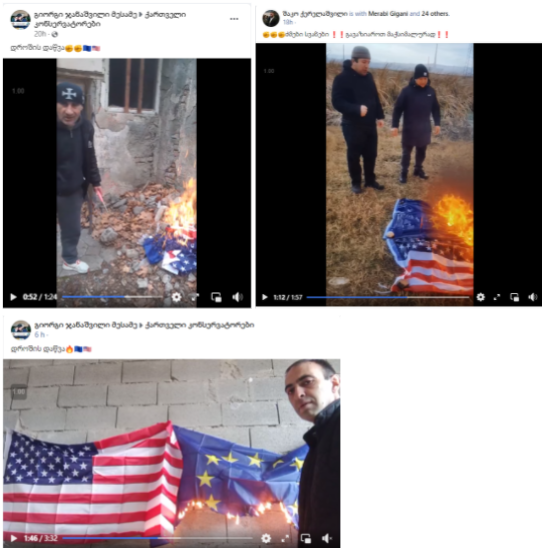 Which pages and groups were the videos shared to?

Videos recorded by Alt-Info supporters calling on their allies to gather in front of the Ombudsman’s office and, at the same time, feature the process of burning the EU and US flags as a sign of protest,  were posted on the Alt-Info-linked Facebook page “Traditionalist Platform”(1, 2, 3). On December 22, the same Facebook page” published a video titled “Liberalism is dead in Georgia”, in which photos of journalists Inga Grigolia, Vakho Sanaia, Nika Gvaramia and the members of Tbilisi Pride are burned along with EU and American flags.

Earlier, on December 17th, a Georgian emigrant living in Poland burned the EU flag. The video was published by the page “National Ideology has not Alternative,” which is also linked to Alt-Info. The video also contained a call to protest the arrests of July 5-6th. 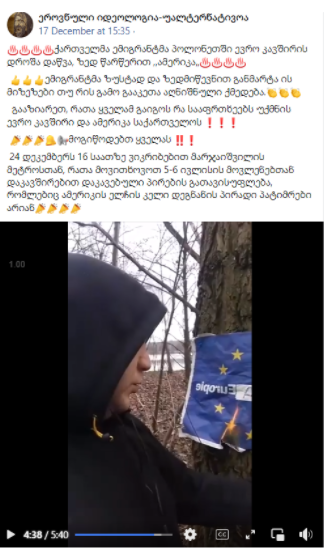 Alt-Info and its supporters have committed vandal acts in the past as well. After July 5th, Alt-Info hosts openly stated that aggression should become the standard of their political and ideological fight and that the burning of Western symbols (flags) should have been normalized. Alt-Info hosts openly called on their supporters to burn EU and US flags.

On July 5th, apart from forcing the cancellation of the “March for Dignity” and exerting violence against journalists, the representatives of the anti-Pride violent homophobic groups removed the EU flag from the Georgian Parliament. Two days later, on July 7th, following the “silent demonstration” against violence, the flag was once again removed and barbarously burned by the same groups. Alt-Info’s call for vandalism in July was responded by a supporter of Levan Vasadze, who burned the EU flag and called on the public to initiate the talks with Russia.

The founder of the Eurasianist movement and dar-right philosopher Alexander Dugin, who actively supported the events of July 5th on social media, expressed hisadmiration for the burning of EU flags in Georgia. 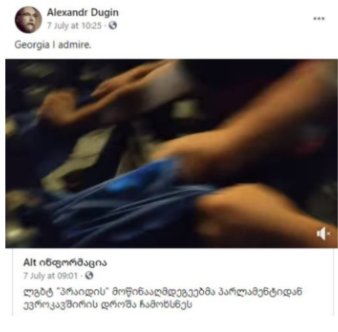 ​
53 journalists have become victims of violence at the rally against “Tbilisi Pride” on July 5th. According to the Ministry of Internal Affairs, 31 people have been arrested for using physical violence against journalists and illegally interfered in their professional activities.”