Vaccines or GMOs – How Old is Bill Gates’ Video Linked to COVID-19? 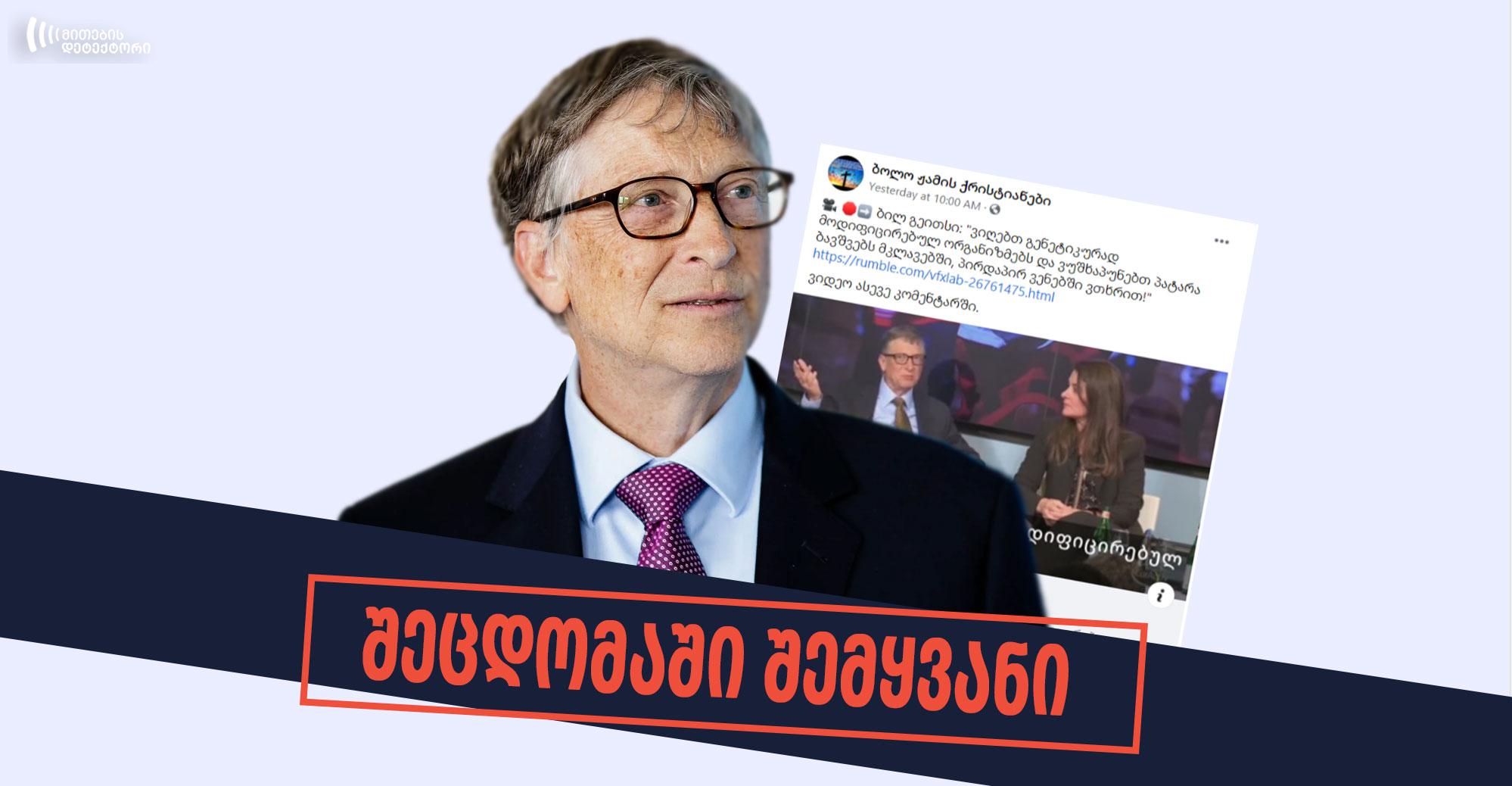 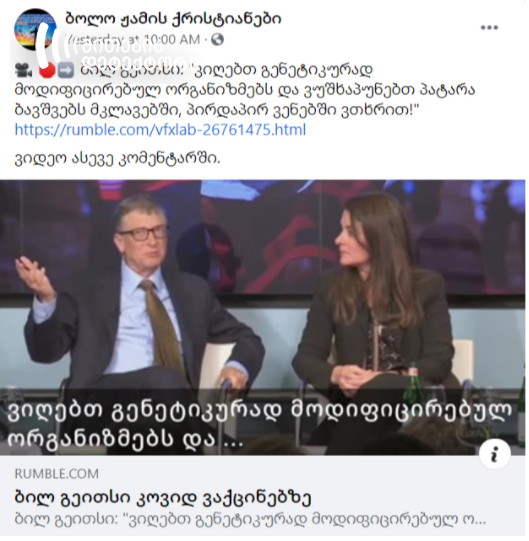 The video fragment featuring Bill Gates allegedly talking about COVID-19 vaccines was taken out of context and spread with a misleading caption. In fact, the video shows Gates and his wife Melinda speaking in Brussels in 2015 about their endorsement of genetically modified organisms (GMO), not vaccines. Gates said the strongest analogy when speaking about GMOs was with medicines, adding that safety system and relevant trials were important in both cases.

The video fragment involves the remarks made by Bill Gates and his wife Melinda, full version of which was uploaded on the pan-European media network EURACTIV’s YouTube channel on January 22, 2015. The upload date makes it clear that the video has nothing to do with COVID-19 vaccines, because it was uploaded long before the novel coronavirus emerged. As for the video content, Gates remarks have been distorted and taken out of context. Together with his wife Melinda, Bill Gates is advocating genetically modified crops and the event was just organized to discuss GMOs and it had nothing to do with vaccines.

Speaking to the audience, Bill Gates said that the strongest analogy when speaking about GMOs was with medicines, where people also worried about their side effects. He argued that medicines have trials and checks to ensure they are safe and the same logic should be applied to GMOs, rather than rejecting a technology ‘that promises to solve nutrition problems, solve productivity problems, solve crop disease problems for African farmers.’ His reference to injecting genetically modified organisms was shared without context, so it misleadingly appeared Gates was discussing the use of GMOs in vaccines for children. Reuters also fact checked the information.

“The strongest analogy is to medicines. Is there something to worry about with medicines that some of them might have side effects? Do we need safety testing? We’re taking things that are genetically modified organisms, and we’re injecting them into little kids’ arms; we just shoot them right into the vein. So, I think maybe we should have a safety system where we do trials and test things out,” says Bill Gates.

In his remarks, Gates mainly refers to the African continent, where food production is undermined by rapid population growth. Due to this, he offers such countries to use greenhouses and scientific techniques to ensure crop sustainability and increase their quality.

Melinda Gates said that the Gates family spends more than USD 400 million for the development of agriculture with only 5% going to the improvement of GMO technology. The Gates, however, believe that use of GMOs is the best solution to end total starvation and achieve economic growth.

GMO crops have their genetic material modified to give new properties – for instance to be resistant to disease or drought. GMOs are grown and sold under different regulations in various countries.