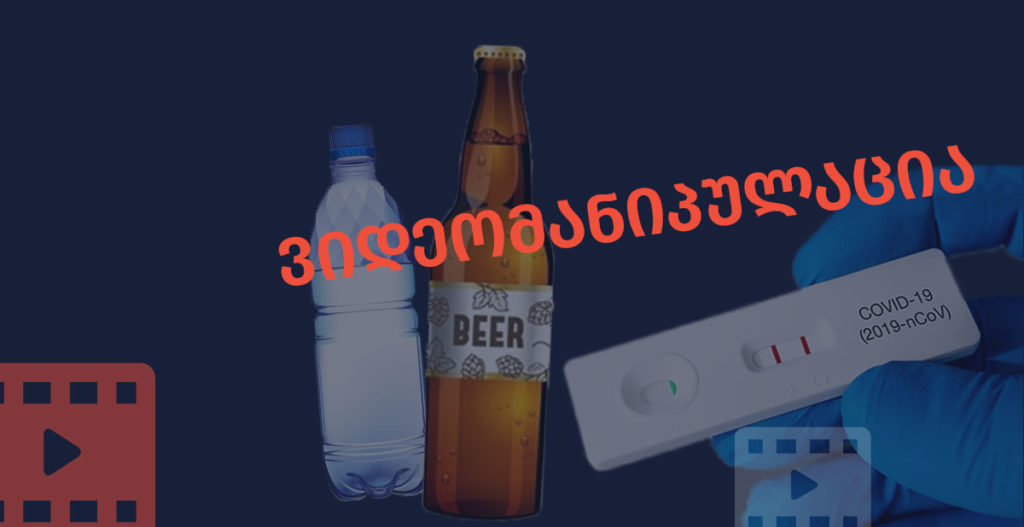 On April 17, 2021, Facebook user Levan Navi shared a video, where a person holds a Sars-Cov-2 antigen test under tap water and it shows a positive result. By April 23, the post had more than 3 thousand shares. On the same day, Levan Navi shared another video, where the same test is done with beer and they still get a positive result. The video published by Levan Navi was also shared in the group კორონა მაფია (Corona Mafia). 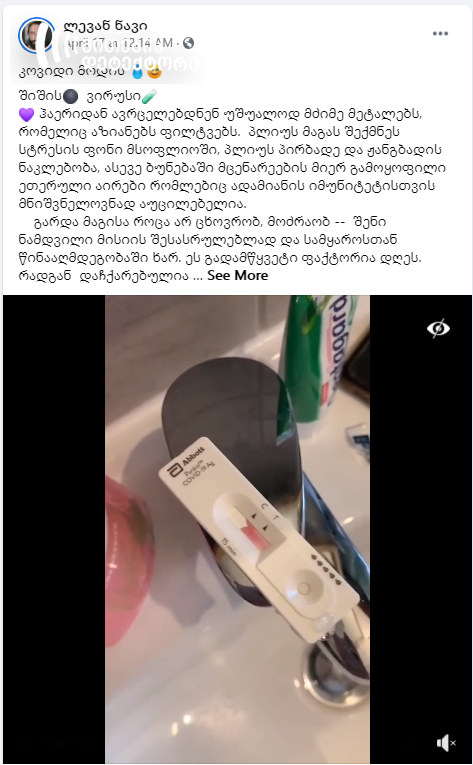 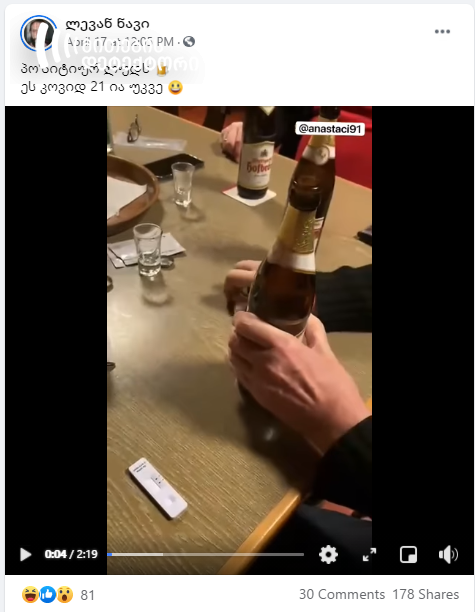 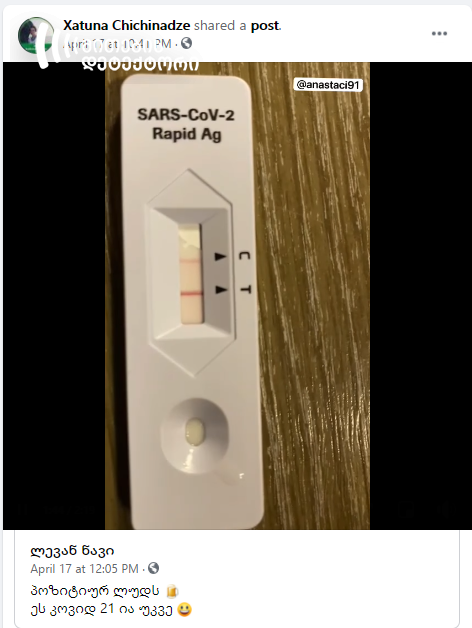 ლVideos published by Levan Navi, where water and beer are tested positive with Covid-19 rapid test, are manipulative since the testing is done incorrectly and if it’s conducted properly, it shows negative results on these substances.  “Myth Detector” conducted an experiment with rapid tests on Coca-Cola and water following the respective rules.

Tests conducted on beer and water can be found on YouTube since April 17. The video descriptions say that the tests were positive. It should be noted that in the video depicting testing on beer, social network user @anastaci91’s name can be seen. A Twitter account with the same name is suspended for violating rules.  The test is done insufficiently in the video, a buffer is not used to regulate the pH rate. Moreover, the test instruction states that only three drops should be poured, after placing the sample taken with a special swab in a buffer microtube. When the test is conducted following the instructions, it shows negative results on the above-mentioned substances. To showcase this, we conducted an experiment in Ilia State University’s laboratory. The test was done on Coca-Cola and water both by following the instructions and by violating the rules. As showcased by the experiment, when the test instructions are violated, the test is positive, but when the instructions are fully followed – it is negative.

A similar video, where the test was done on beer, was shared in other countries as well. The video was fact-checked by a Greek fact-checking organization, Ellinika Hoaxes and they determined that the test shows an incorrect result because the pH rate in the substance destroys antibodies in the test. The mentioned video continues the tendency of spreading false experiments on antigen tests’ interaction with different liquids.  For example, in December of last year, a video was being spread on the social network, where an Austrian MP poured Coca-Cola on the test and got a positive result. The testing was done incorrectly in this case as well and the antigen-producing company DIALAB recorded a video as a response.  This information was previously fact-checked by “Myth Detector”, read more here: