Ukraine or Syria? What does the Viral Video Depict? 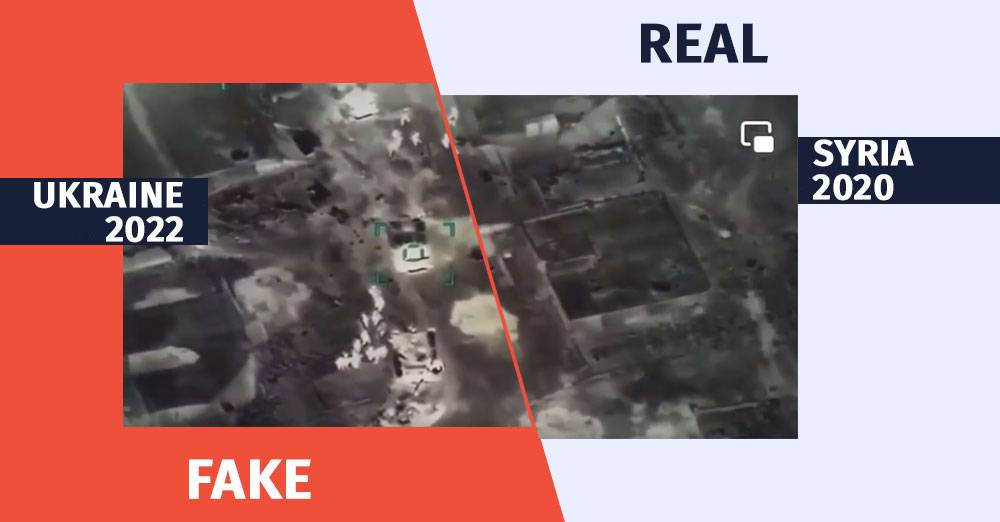 On February 24th, the Facebook page of the online outlet Kommersant published a video showing the alleged footage of the bombing. According to the post, the video depicts the bombing of Russian tanks by Ukraine’s Turkish-made Bayraktar drones in Donbas. 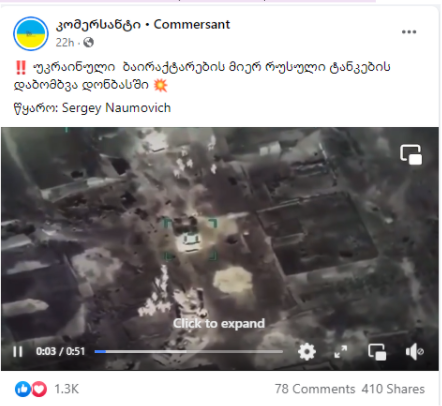 The video description is false. In fact, the footage was released in 2020 and, instead of Ukraine, it shows a Turkish military operation in Syria.

The footage that accompanies the post has been circulating on social media since March 2020. On March 3rd, the video was published on the Facebook page “Clash Report” with an Arabic description. According to the description, it depicts the attack carried out by Turkey with Bairaktar drones in the Syrian province of Idlib. 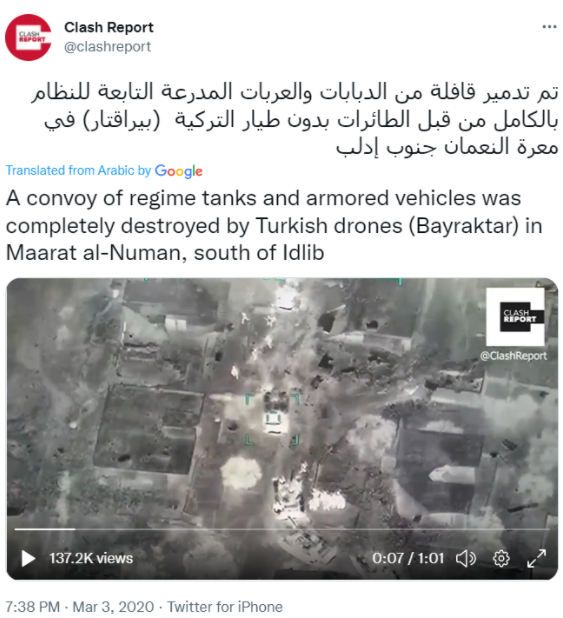 The video with a fake description allegedly depicting the ongoing Russia-Ukraine war was disseminated to Arabic sources as well. The footage was analyzed by the Syrian fact-checking platform Verify-sy, which found that the video illustrated the events in Syria in 2020.