Two Stories of the Duisi Bridge 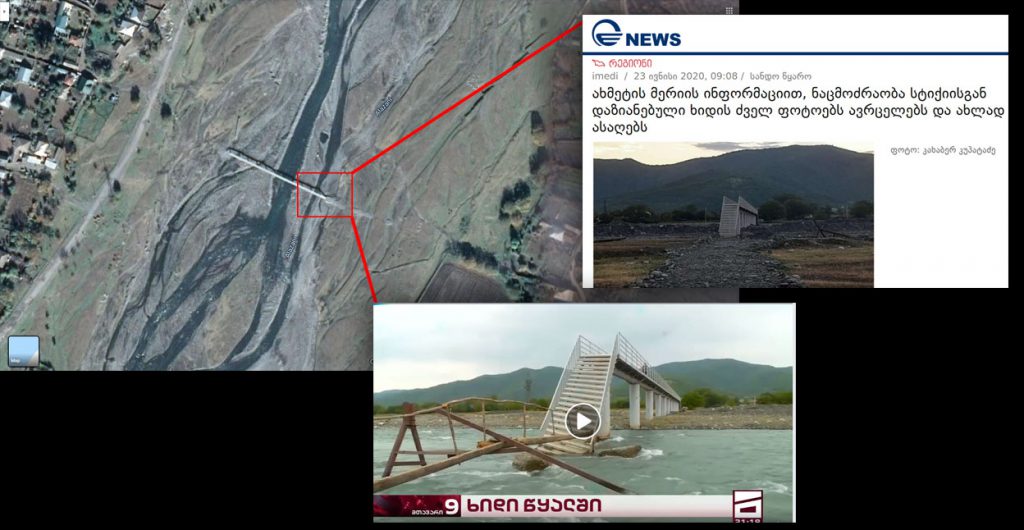 Mtavari Arkhi’s news program aired a TV report titled “A Bridge in Water” on June 22. The report concerned a pedestrian bridge which connects two Pankisi Gorge villages – Duisi and Kvemo Khalatsani. The video footage shows that a portion of the stairs, leading up to the bridge, is immersed in the river. Locals mention that going up the bridge and reaching the second village is associated with dangers. The TV report has received wide feedback on social media and various Facebook users have shared the photo of the stairs, submerged in the river.

On June 23, Imedi News commented on the TV report aired by Mtavari Arkhi. An article, published by Imedi News on their website was titled “According to the City Hall of Akhmeta Municipality, the United National Movement is Disseminating Old Photos of the Bridge and Portraying Them as New”. The article mentions that Imedi’s TV program „ქრონიკა“ (“Chronicle”) verified the situation on the site and found out that “the photos were taken approximately one month ago and the situation there is radically different today”. The Story of the Bridge

Ramzan Gorgishvili, a local civic activist, was first to publish the information and photos of the damaged bridge as a result of a flooding of Alazani River. In his June 8 post, he mentioned that the flooded Alazani destroyed the path leading to the bridge on May 11. Several days after Gorgishvili published his post, on June 12, the City Hall of Akhmeta Municipality published photos on its official Facebook page. The post mentioned that in May, Alazani changed its streambed, which is why the City Hall launched works on the road leading to the bridge. Locals say that the TV crew of Mtavari Arkhi arrived in Pankisi Gorge to air the bridge-related problems on June 12. The TV report was aired on Mtavari Arkhi on June 22. However, it did not mention that the restoration works began on June 12, which resulted in the road, leading to the bridge, being fixed by June 22.

Myth Detector observed the water level on satellite images. They clearly show that in mid-May, Alazani was flooded, while by June 22 – when the TV report was aired – the water level was relatively lower.

The video below shows the images of the river on May 16 on the left-hand side and on June 20 – on the right-hand side. The straight line denotes the bridge. It stops at the stairs of the bridge from the side of Kvemo Khalatsani. The May 16 image clearly shows that the water level is higher, whereas the June 20 image shows a relatively lower level. According to the City Hall of Akhmeta Municipality, the road leading to the bridge had already been fixed by June 20.

The report by Imedi News was biased as well. It aimed to respond to Mtavari Arkhi, not to show the actual problems to the public. While Mtavari Arkhi showed video footage from ten days ago, the satellite images clearly show that the bridge does not cover the entire streambed of Alazani and ends in the streambed on the side of Kvemo Khalatsani. Imedi News has not reported on this problem. Locals claim that the river is flooded each season and that this year’s flooding was hardly the first one. Therefore, the insufficient length of the bridge that connects two villages remains a problem for the residents of Pankisi Gorge.

The Bridge and the Streambed of Alazani. 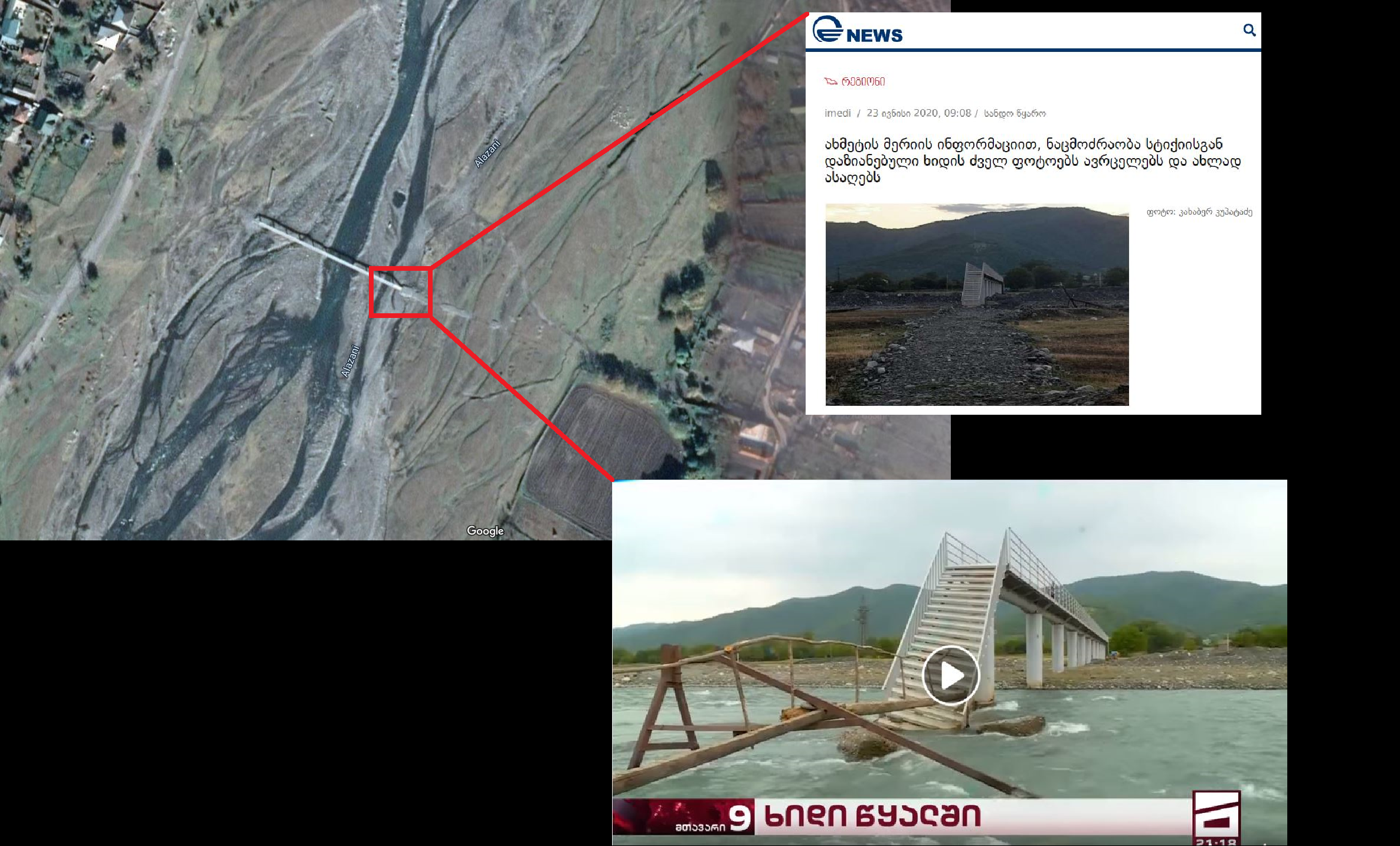