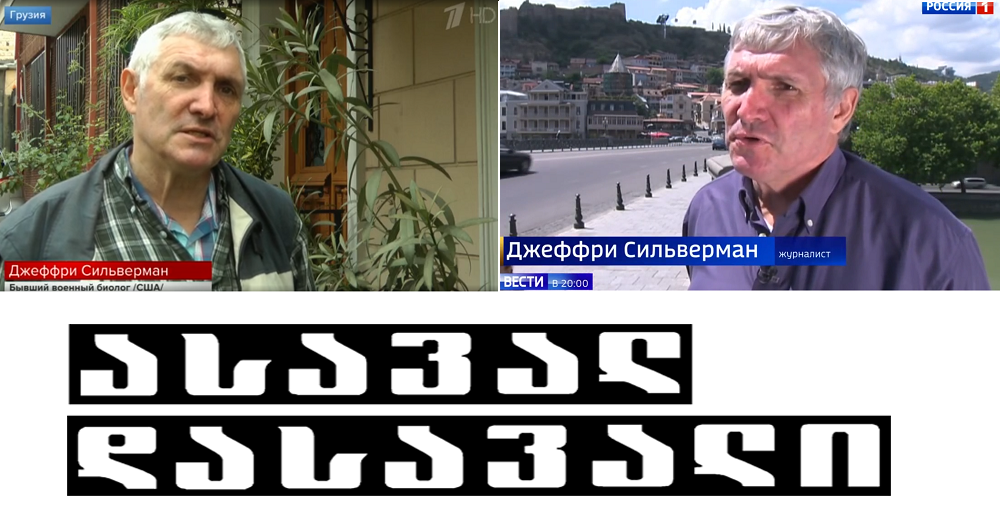 In its January 14-20 issue, Georgian tabloid Asaval-Dasavali released an interview with Jeffrey Silverman, Georgian Bureau Chief for Veterans Today, where he again spreads conspiracy theories about swine flu, laboratories and vaccines. Silverman claims that H1N1 flu virus was created in the laboratory and that it was first tested in China in 2018 and now it is being tested on Georgian population. According to him, the facts of swine flu deaths confirm that Georgia faces a high risk of influenza epidemic. Silverman added that the Ministry of Health does not acknowledge this fact and deliberately covers up the real death toll.

1. Influenza virus has always existed and it has not been created in the laboratory.

Four types of influenza virus (A, B, C, D) are RNA viruses, which mutate quickly. The deadliest flu pandemic known as the Spanish Flu swept the globe in 1918-1919. Although an exact death toll is unknown, scientists suppose that the flu claimed the lives of 25 million people, i.e. 5% of the entire world population of that period. Development of electron microscope simplified laboratory research of influenza viruses. The exhumation of bodies and lab research confirmed later that the so called Spanish Flu pandemic spread in 1918-1919 was just caused by an H1N1 virus. Since then, the H1N1 virus was first detected in 2009. Avian influenza (or “bird flu”) spread in 2006 was a H5N1 type of influenza virus.

Since viruses mutate quickly and simply, it is very difficult to create a vaccine against them. The vaccine, which protects against a particular influenza virus, may become useless after several years due to virus mutation.

2. Georgia does not face any epidemic of swine flu.

Amiran Gamkrelidze, who heads the National Center for Disease Control and Public Health (NCDC), said that as of January 7, 2019, the flu illness figure per 100,000 persons stood at 256 cases, which is roughly half of epidemic levels.

Moreover, Silverman’s argument on the number of face masks worn by people is absurd. Wearing a face mask does not mean illness in itself. Citizens wear face masks to protect themselves against viruses and infections, especially in the places of public gathering and public transport.

Russia 24, Vesti, September 11
Jeffrey Silverman, journalist: “It is a military laboratory [Lugar Laboratory], where Soviet-old biological strains left in Georgia are researched. According to some assumptions, the Americans spread the measles in Georgia through this lab.”

Russia 24, Vesti Nedeli, September 16
Jeffrey Silverman, journalist: “It [Lugar Laboratory] stores biological agents, especially hazardous substances. They can be used as a weapon. You probably remember that several years ago people in Georgia and southern Russia died of swine flu. It was not accidental. And this story is about the use of not only biological weapon, but also a battle gas. I work for the publication, which is engaged in military intelligence. We conducted investigation and clarified that poison gas was taken from here to Turkey and then this gas was used in Syria. It was a provocation to justify the use of force against Assad.”

Who is Jeffrey Silverman?

Presently, Silverman is Georgian Bureau Chief for Russia-affiliated Veterans Today. In 2013, Veterans Today established cooperation with Russian geopolitical journal New Eastern Outlook (NEO). The journal is released by the Institute of Oriental Studies of the Russian Academy of Sciences. On the one hand, Veterans Today posts the journal materials on its website, and on the other, its Chief Editor, Jim W. Dean writes articles for the journal headlined “Ukraine’s Ku Klux Klan – NATO’s New Ally”, “Western Coup in Ukraine an Ongoing Disaster,”  etc. The editor of Veterans Today and the author of Russian geopolitical journal hailed the cooperation between the two publications as “a marriage made in heaven.” 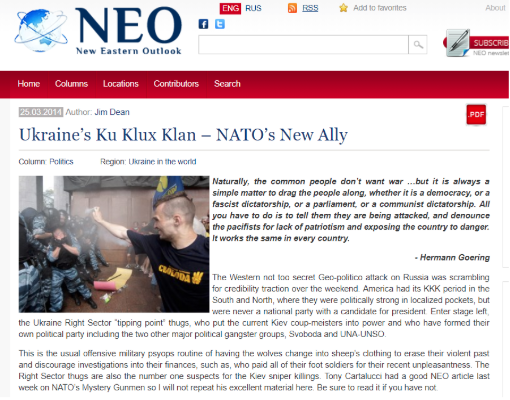 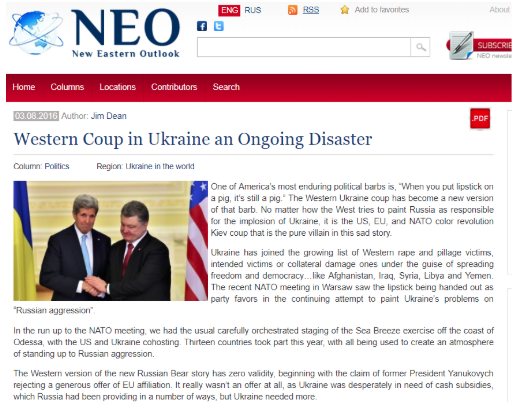 The journal has posted a number of articles on its website about the Lugar Laboratory and conspiracy theories against it, with Jeffrey Silverman again acting as the main respondent. 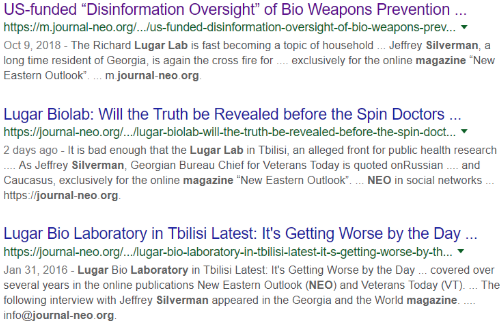 The Strategic Culture Foundation is based in Moscow and it is led by Yuri Prokofiev, former head of the Moscow Communist Party and member of the Soviet Political Bureau. Vladimir Maksimenko serves as the chief editor. Simultaneously, he works for the Institute of Oriental Studies of the Russian Academy of Sciences.

Moreover, the materials of a website South Front are frequently posted on Veterans Today. The website is managed from Russia and it voices the Kremlin’s agenda. In its About Us section, South Front slams CNN and BBC for staging fake news, claiming that “they create a false image of a fictitious enemy, steer public opinion, and engineer the consent of people in different countries by controlling the narrative of events.” “A perfect example of this is what occurred in the Ukraine, when thousands of misinformed people took to the streets, fed with disinformation and empty promises, and destroyed the stable institutions of the nation,” according to South Front.

Gordon Duff of Veterans Today said in an audio interview in 2012 that about 30% of what’s written on Veterans Today is patently false. The recording was kept by the Internet Archive (archive.org).

Gordon Duff, head of Veterans Today: “About 30% of what’s written on Veterans Today is patently false. About 40% of what I write is at least purposely, partially false, because if I didn’t write false information I wouldn’t be alive. I simply have to do that. I write…anything I write I write between the lines.” 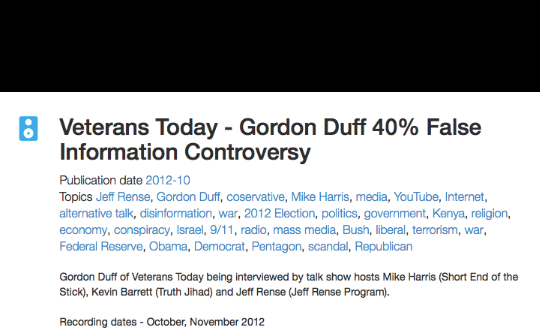 According to Southern Poverty Law Center, Veterans Today is an anti-Semitic publication, which promotes an anti-Israel agenda. “But start reading the posts and you’ll find something else entirely: myriad claims that there was a conspiracy behind 9/11 (Israel orchestrated it, in cahoots with the American government), that the American government is a puppet (of Israel), that the Holocaust never happened or was greatly exaggerated (Jews made it up to manipulate non-Jews),” according to the Center.

According to Politico Magazine, with Veterans Today, the Kremlin targets the U.S. military and veterans.