“Tvalsazrisi” Publishes a Manipulative Article on the Transnistrian Conflict 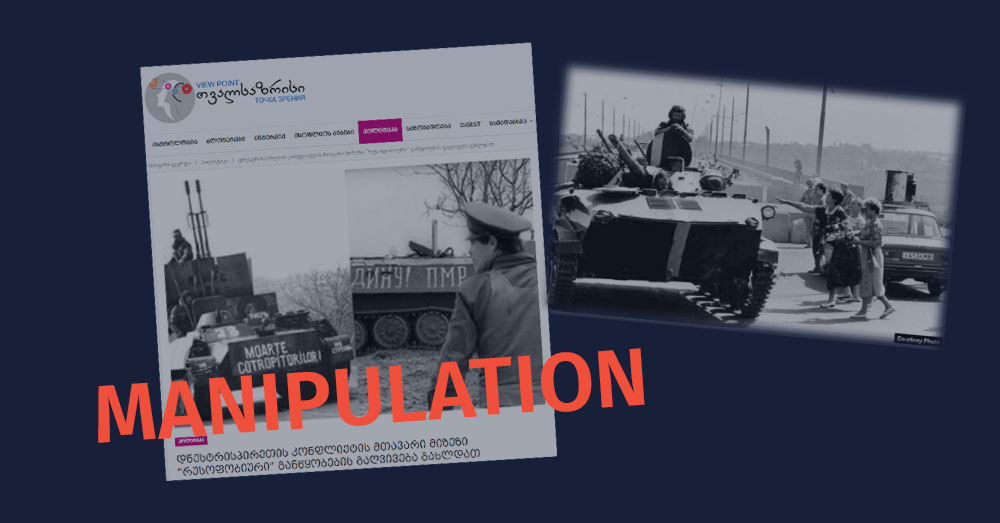 On January 20th, 2022, the online outlet “Tvalsazrisi” published an article by Irakli Jankarashvili titled “The main cause of the Transnistrian conflict was the aggravation of” Russophobic” attitudes.” While discussing the roots of the conflict, the author underscored the importance of Russophobic actions, including language policy, chauvinistic aspirations of Moldovans, and discrimination against ethnic Russians. As Irakli Jankarashvili notes, the armed actions were finally stopped by Russian intervention.

Irakli Jankarashvili: “This [Transnistrian] story has many similarities with the current events in Ukraine. First, the main reason behind the conflict was the neglection of the interests of the Russian-speaking population. The conflict between Transnistria and Moldova also emerged amid the fight against the Russian language in the area predominantly inhabited by a Russian-speaking population. The hostilities were stopped due to the Russian intervention.”

Irakli Jankarashvili’s article is manipulative and presents only one side of the conflict. The article does not address USSR/Russian interests in the region and the rise of separatism, which became one of the primary causes of the Transnistrian war.

In 1924, the Soviet Union established the Autonomous Socialist Republic of Moldova in Ukraine, east of the Dniester River. In 1940, the Soviet Union occupied Bessarabia, Romania, uniting both sides of the Dniester River to form the Soviet Socialist Republic of Moldova. Notably, the people of the territory of Bessarabia have consistently identified themselves as part of Romania.

Around 1940, the Soviet Union began to change the distribution of the population in this area, which was reflected in Stalin’s deportation of tens of thousands of people from the Moldovan SSR and the settlement of ethnic Russians. The deportees were accused of having close ties to neighbouring Romania. They were forcibly resettled in the Central Asian republics, which accordingly changed the ethnic composition of Moldova. 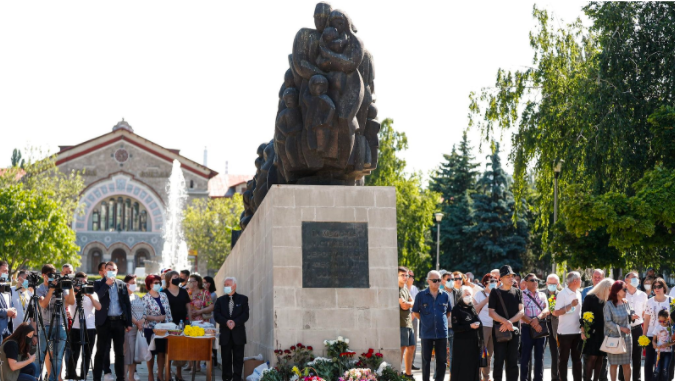 Memorial to those deported from Moldova

Notably, many ethnic Russias, along with Moldovans and Ukrainians, appeared in the Soviet Socialist Republic of Moldova, which later became one of the contributing factors to the emergence of the conflict.

Like in the other parts of the USSR, Mikhail Gorbachev’s transformation policy gave rise to national, dissident forces in Moldova, which demanded secession from the Soviet Union. It should be noted that given the history of Bessarabia, at a certain point, part of the dissidents even demanded to join Romania, as they did not separate their country from Romania.

During this period, language reform was also carried out in Moldova, as a result of which Moldovan was declared the official language, and the alphabet was changed from Cyrillic to Latin. Nonetheless, the use of other languages ​​was still permissible in everyday contexts. The language reform and the idea of ​​uniting with Romania irritated and frightened the ethnic Russian population living east of the Dniester River, who declared Transnistrian independence and came into conflict with pro-Moldovan forces.

Although the pro-Moldovan movement incited fears among the ethnic Russians, hence making the arguments by Irakli Jankarashvili partially true, one should still underscore that the conflict still had major political preconditions, driven by the USSR/Russia’s desire for continued control over Moldova.

In most cases, the conflict was artificially aggravated. The separatist leaders intentionally threatened the local population that if they did not fight for secession from Moldova and for autonomous entry into the USSR, Moldova would join Romania, which was not in their interests. Moldovans, who often made nationalist and Russophobic statements, further exacerbated the tensions.

Notably, this situation in Transnistria was actively used by the Soviet Union and later Russia for self-promotion and separatism. In this respect, this conflict is somewhat similar to the conflicts in Abkhazia, the Tskhinvali region and Crimea, where Russia actively stirred up resentment among the local population in order to achieve political goals and expand spheres of influence.

It is important to stress that Irakli Jankarashvili’s article does not mention any of Russian interests in this conflict and portrays it as a peacekeeping state, which does not correspond to reality. 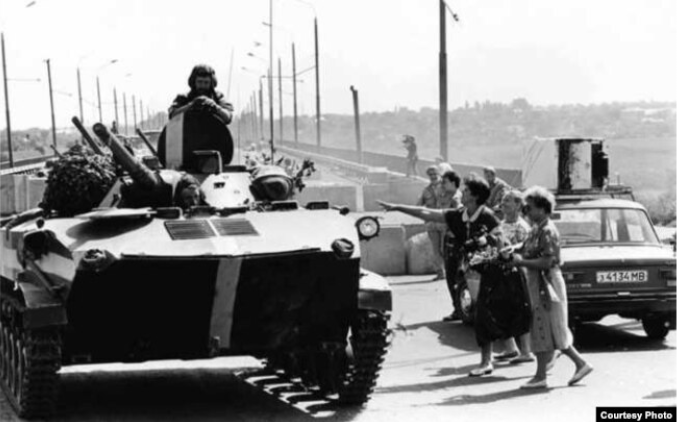 The outcomes of the Transnistrian conflict were greatly influenced by the 14th Soviet Army, which aided the local separatists with weapons, making them a significant side in the conflict.

Initially, the Soviet Union and later Russia had significant interests in the region. This very factor played a crucial role in the Russian occupation of Moldova and the deployment of its own army in Transnistria and its continued presence there.

Russia had a number of intentions in Transnistria. First of all, the army sent to Transnistria would allow Russia to exert greater influence over Moldova. It is also important to note that Russia is concerned about the deployment of US military bases in Romania, for which it needs its own armed forces in Transnistria to balance Western influence and maintain the role of an important actor in the region.

Today, Transnistria is among the list of unrecognized states and is recognized only by Abkhazia, the so-called South Ossetia and Artsakh, which are unrecognized states themselves. Moldova and other Western actors are actively calling for Russia to withdraw its troops, but Russia has not changed its position. This territory is officially declared as occupied by Russia, and Moldova has no control over it.

On May 2nd, 2017, the Moldovan Constitutional Court ruled that Russia’s actions in Transnistria were unjust.

Constitutional Court of Moldova: “The Russian Federation has not withdrawn its troops from the eastern part of the country, but, on the contrary, has strengthened its military presence in the Transnistrian part of Moldova, leaving Moldova under military occupation.”

Noteworthy, Russia does not recognize Transnistria as an independent territory; however, for instance, the Russian ambassador to Moldova participated in the Transnistrian so-called presidential inauguration. The fact was labelled as unacceptable by Moldova.

As of today, the new leader of Moldova, Maia Sandu, claims that Moldova does not pose any danger to Transnistria, so the withdrawal of Russian troops is of utmost importance. However, Russia is not going to give up on its positions in the region since the main motive for its involvement is not to protect ethnic Russians in Transnistria but to counter the American influence. It is much more profitable for Russia to freeze the conflict and use it for various purposes. 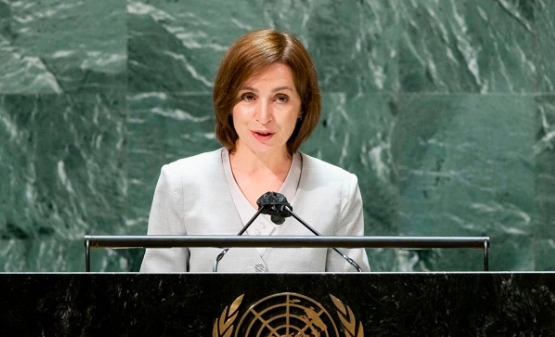 President of Moldova, Maia Sandu, on the UN General Assembly

Maia Sandu: “In the spirit of Moldova’s Constitutional neutrality and international law, I would also like to reiterate that our position on the complete and unconditional withdrawal of Russian forces remains unchanged.”