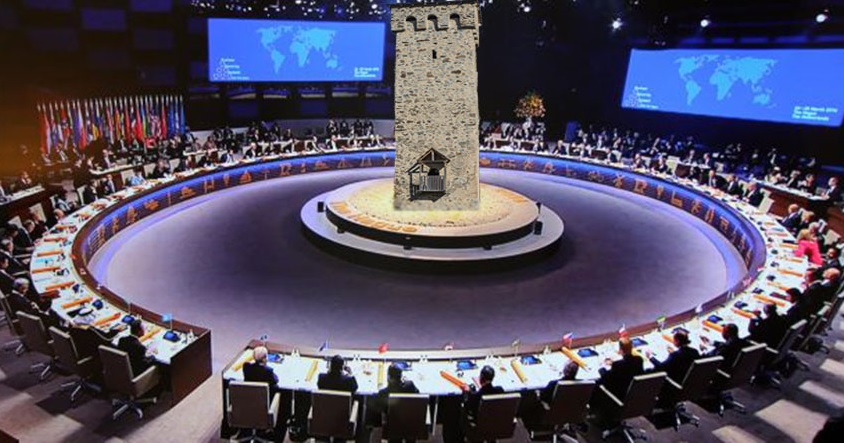 On July 27, 2018, an ultra-nationalist Facebook page “წინააღმდეგობა/Resistance” published a video, titled “Svaneti is the Main Target of the USA”. According to the video, in 2005, American and South Korean scientists found that by 2030, the warm Gulfstream current will change its direction and disappear, whereas 90% of Earth will end up under water. Consequently, only 3% of the remaining land will be suitable for living, while the part of the land that will survive the flood, will be located in Svaneti mountains, Georgia. According to the material, the given fact was revealed to the ex-President of Georgia, Mikheil Saakashvili, on a nuclear energy summit in 2011, organized by the leading countries of the world. The video ends with a slogan – “Our Country Belongs to Us” – and a call to the population to interact with the foreigners who travel to Georgia, collect information about them, take photos of them, record conversations and deliver the data to the nearest police station. The video, disseminated by “წინააღმდეგობა/Resistance” was actually created on TV11 in the framework of an entertainment rubric called April Fools Video. The “facts”, mentioned in the video, are not based on any scientific studies, as they are a product of fantasy of TV11 screenwriters

One of the founders of TV11 and the author of the video, Giorgi Janelidze, addressed the given fact on his personal Facebook page. According to the screenwriter, the story, invented by him – that due to tilting of the Earth axis, the place where Noah’s Ark will stop is located in Svaneti – was labelled as a fact, based on scientific research by Asaval-Dasavali in 2018, whereas a member of the Alliance of Patriots, Emzar Kvitsiani, used the video for promoting a manifestation related  to Svaneti in 2015. Giorgi Janelidze mentions that the video “has not even shown a half of its capacity”.

In order to prove that Svaneti is truly the state interest №1 for the USA, the entertainment video lists several “facts”, too, namely