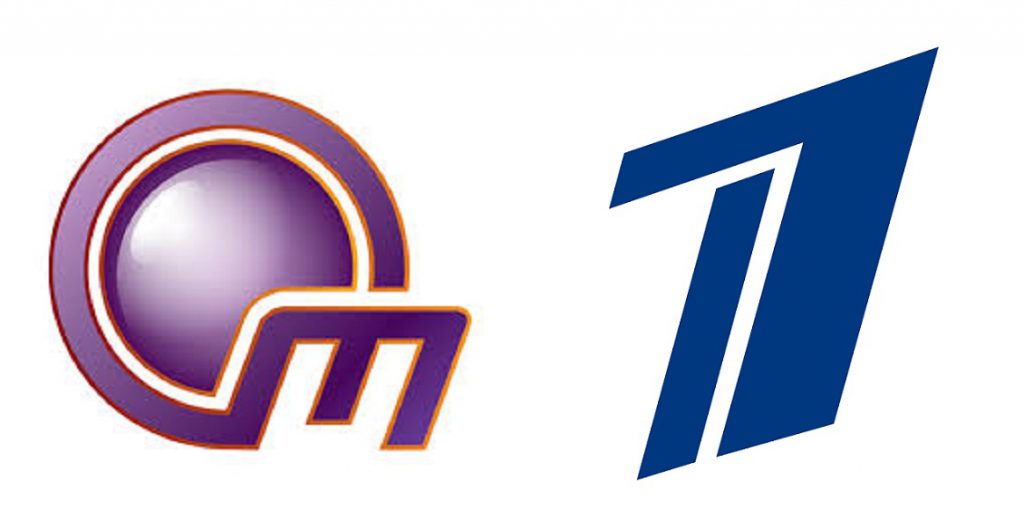 A TV report by Russia’s State First Channel was shown on air at TV Obiektivi on January 27. According to the anchor, Valeri Kvaratskhelia, the fragment showed the fact of shooting down an American “invisible” plane by Soviet weapons in Yugoslavia in 1997, which is a demonstration of shortcomings of the military power of the United States.

Footage of the Russia’s State First Channel shown on air at TV Obiektivi is manipulative, as it pictures a model analogous to F-117A during an air show, rather than the aforementioned fact. The precise reason for the downing of an American F-117A in Yugoslavia in 1997 is not yet known. In addition, during the operation Desert Storm in the Gulf War, F-117A conducted up to 1300 flights without any losses, while the success rate of its attacks was 80%.

Instead of using the real footage, the report by the Russia’s State First Channel shows an air show in the State of Maryland, that took place in 1997. The amateur footage shows the moment of F-117A crashing and has been translated by several TV channels. It is also possible to watch the footage on Youtube. On March 27, 1999, an F-117A fighting jet, working in the framework of NATO’s Allied Force Operation was shot down near Belgrade by Serbian Air Forces. The actual reason for shooting the jet down is not yet known. In 2007, in an interview with Associated Press, the Serb Colonel, Zoltán Dani stated that the F-117A had been locked on to and shot down by the Soviet S-125 Neva/Pechora surface-to-air missile. According to Dani, locking on to the F-117A became possible due to modifying the Soviet equipment, however, he avoided going into specific details, as, according to him, they represented a military secret.

F-117A is the first multifunctional air jet, created by the Lockheed Martin corporation, based on the order of the United States Air Force. It was created using “stealth” technology, which implies the construction of the air jet using shapes, materials and elements that decrease the radiolocational, infrared, acoustic and visual discoverability. The efficiency of F-117A was proved in Gulf War, during the coalitional forces’ operation against Iraq. According to a report published in 1991, called Operation of Air Force in the Operation Desert Storm, during the operation, F-117A carried out up to 1300 flights, dropped up to 2000 tons of bombs, flew more than 6900 hours without any loss, with the success rate of its attacks reaching 80%. F-117A allowed the coalition forces to gain the aerial advantage in the airspace of Iraq. More precisely, an integrated air defense system KARI was concentrated around Baghdad, which was equipped with Soviet-made air defense batteries from the 1960-70’ies and then modern French-made control system. F-117A destroyed Iraq’s integrated air defense system and significant strategic targets. In 1989, F-117A received one of the most important air-navigation award, Collier Trophy.

The anchor of TV Obiektivi, Valeri Kvaratskhelia, spoke about the Russian military might in an interview given to Georgia and World on January 26, too. According to him, despite the fact that the US defense budget being higher than Russia’s, the latter surpass the former from the point of view of efficiency.

This message is a part of the Russian narrative, which has been developed by the Russian state media in parallel with the events in Syria. For instance, reports concerning the advantages of the Russian arms in Syria and the success of the Russian Air Forces dominated the news programs of NTV, ORT and RTR. These programs portrayed Russia as the strongest and the most skillful country.

According to the Global Firepower military strength index, the United States hold the first place among 133 countries with 0.0857 points (0.0000 being the highest), followed by Russia with 0.0929 points. The United States have an overwhelming advantage when it comes to human resources, air forces and navy. Even though Russia surpasses the United States with the number of tanks, most of the Russian tanks are outdated and fall behind the American ones by efficiency.

Global Firepower calculates the military power of countries based on open and official sources, considering 50 different factors. These factors include such indicators, as the quality and the diversity of the equipment, amount of the human resources, geographic factors, factors of natural resources and local production etc.

Air forces: The United States is the unconditional leader both in terms of amount and modernity and quality of equipment. For comparison, the total air forces of the United States include 13,762 units, whereas this indicator in Russia amounts to a mere 3,794.

Namely, the advantage of the United States is visible in all directions, such as fighter aircrafts, bombers, transport aircrafts, helicopters etc.

Aerial advantage is one of the most important components of victory. Even if the opponent possesses advantage in ground troops (i.e. number of tanks), the latter still becomes a target for the strong and modern air forces.

As the table shows, Russia has 81 Corvettes, the United States has none. Actually, Corvette is a type of a small and lightly armed ship. Destroyers stronger than the Russian ones are adopting the functions of Corvettes in the US Navy.

Although Russia stands out with the number of tanks, majority of them are from Soviet times, thus old. The newest tank is T-90, the number of which actually equals 550. T-90 is an upgrade to a Soviet T-72. A great number of the Iraqi version of T-72 (Lion of Babylon) were destroyed by American M1 Abrams.

While comparing the American M1 and the Russian T-90, M1’s advantage is unequivocal and is manifested by a high-quality sensor and fire control equipment, ever increasing armor matrix made of depleted uranium, as well as with the shooting impact of the M829 low-caliber missiles.

According to the Public Attitudes in Georgia survey, carried out in December 2017 by NDI, 41% of the respondents considers Russia to be stronger than the United States (36%) in military terms. After the publication of the survey results, pro-Kremlin editions began to actively disseminate the narrative that Russia outperforms the United States with military power, and have been using various methods of propaganda to that end.