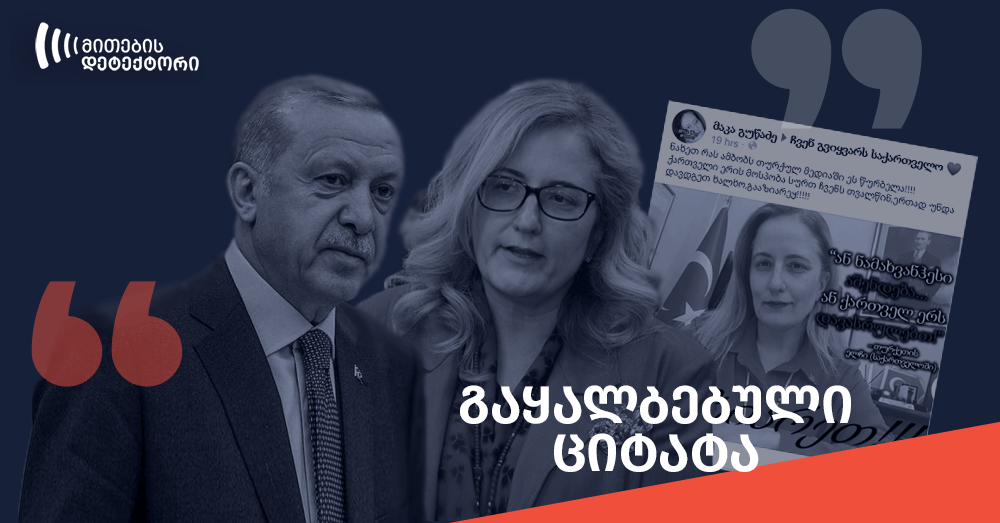 On June 6, Facebook user Maka Gutsadze uploaded a photo depicting the Turkish Ambassador to Georgia to the group “ჩვენ გვიყვარს საქართველო” (We Love Georgia). The photo is accompanied by quotes attributed to the Ambassador saying “either Namakhvani HPP will be built… or we will end the Georgian nation.” In a caption accompanying the photo, Maka Gutsadze notes that the Ambassador made these remarks in the interview with the Turkish media. Over the past 12 hours, another Facebook user, Iose-Taglaur Magalcheriani spread the quotes attributed to Turkish President Recep Tayyip Erdoğan and Varlam Goletiani, leader of anti-Namakhvani protests. According to the photo uploaded to the group, Erdoğan allegedly said that during his recent visit to Turkey, Georgian Prime Minister Irakli Garibashvili promised him that Namakhvani HPP would be definitely built; otherwise, Georgian nation would be held responsible. As for Varlam Goletiani, according to the photo, he allegedly said that an LGBT rally has more influence than a public movement protecting Georgian soil. The posts published in the group “We Love Georgia” began spreading across social media from the June 6 evening. 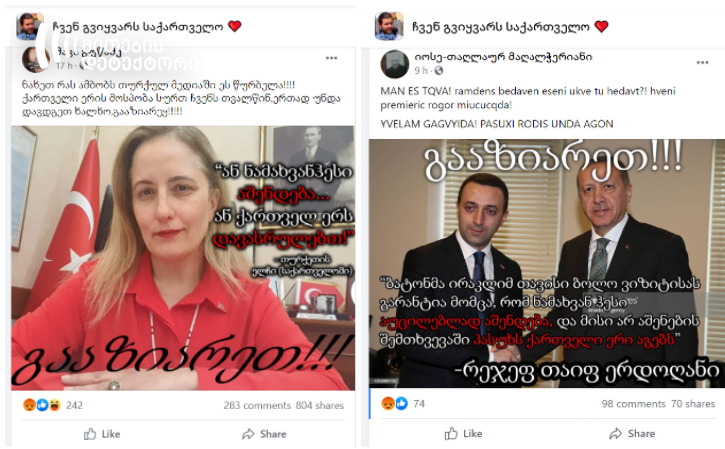 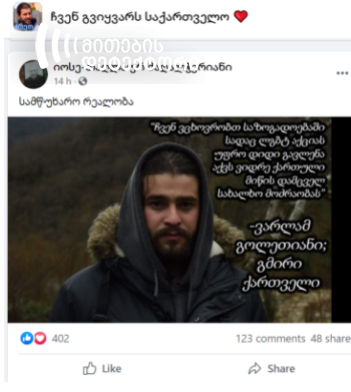 The quotes attributed to the Turkish Ambassador to Georgia, the President of Turkey and Varlam Goletiani spread in the group “We Love Georgia” are fabricated. No such comments can be searched through open sources. The Turkish Ambassador’s recent statement, which was also spread through the Turkish media, notes that Namakhvani HPP construction is an internal affair of the country. According to the official reports, the Georgian Prime Minister and the Turkish President did not discuss the issue of Namakhvani HPP at a meeting held in Ankara on June 1.

In the interview with Georgian Public Broadcaster on June 5, Turkish Ambassador to Georgia, Fatma Ceren Yazgan said that she is concerned about alleged discrimination against the company Enka on ethnic grounds, whereas the issue of the HPP construction should be solved internally. The Ambassador stressed that ongoing protests should not have restricted the rights of Enka’s Georgian and Turkish employees to have access to their workplace.

The Turkish Ambassador’s comments made in Georgia were later spread by the Turkish media. According to Turkish online media outlet, dikgazete, Fatma Ceren Yazgan said that HPP construction is the country’s internal affair; however, anti-HPP protests should not encourage discrimination on ethnic grounds. The Turkish Ambassador’s alleged quotes about ending the Georgian nation cannot be searched either in the Georgian or Turkish media.

As for the meeting held between the Turkish President and the Georgian Prime Minister in Ankara on June 1, according to the official reports, the two leaders did not mention the Namakhvani issue. President Erdoğan only highlighted that Turkish investments in Georgia, including in the energy sector, constituted USD 214 million.

It is noteworthy that fake posts supporting Namakhvani HPP have been widely circulating in the group throughout the past day. Besides Iose-Taglaur Magalcheriani, other Facebook users also spread various stories and quotes attributed to Varlam Goletiani. 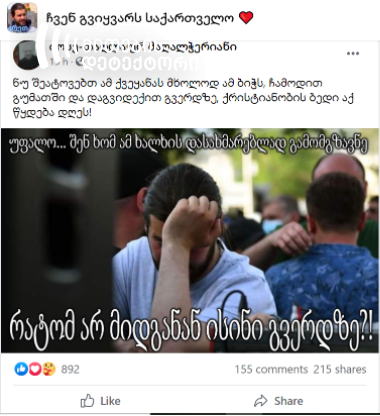 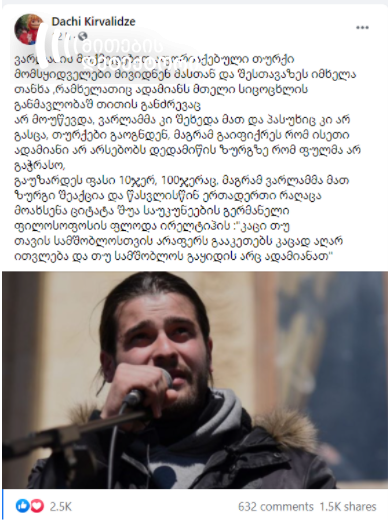 The Turkish diplomat’s fake quotes were uploaded to the Facebook group by Maka Gutsadze. Her name differs from the URL address indicating elene.dedashvili.7 instead. 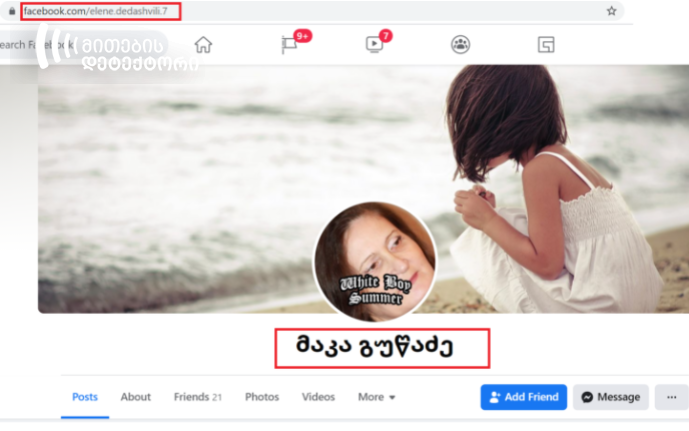 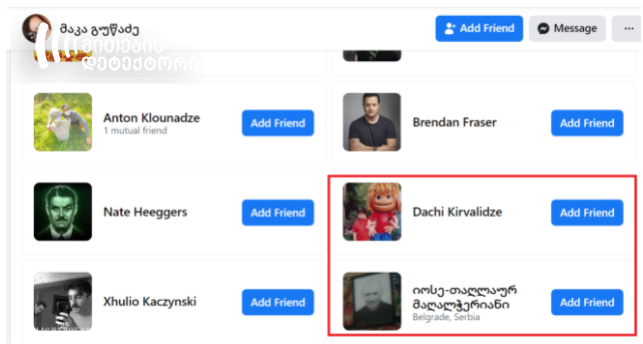 Dachi Kirvalidze and Iose-Taglaur Magalcheriani are quite active in the comments under Maka Gutsadze’s photos, trying to leave an impression of a real account. 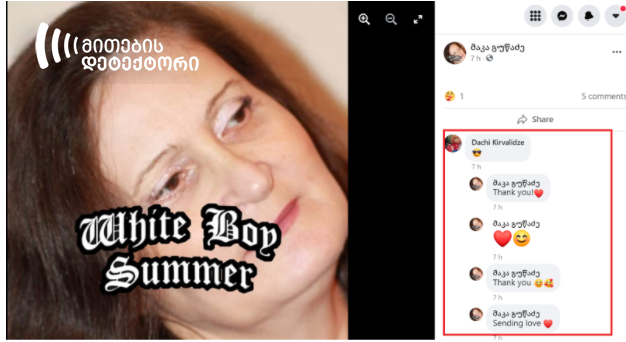 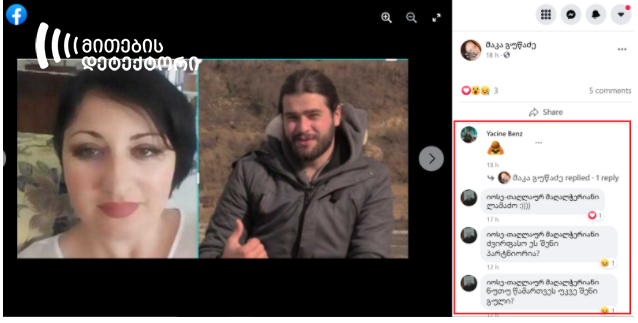 The photos uploaded by Iose-Taglaur Magalcheriani in 2017 were, among others, posted on the Instagram user’s page in 2014 and 2015. 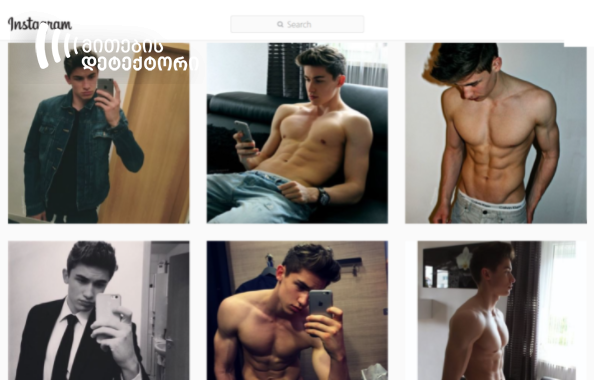 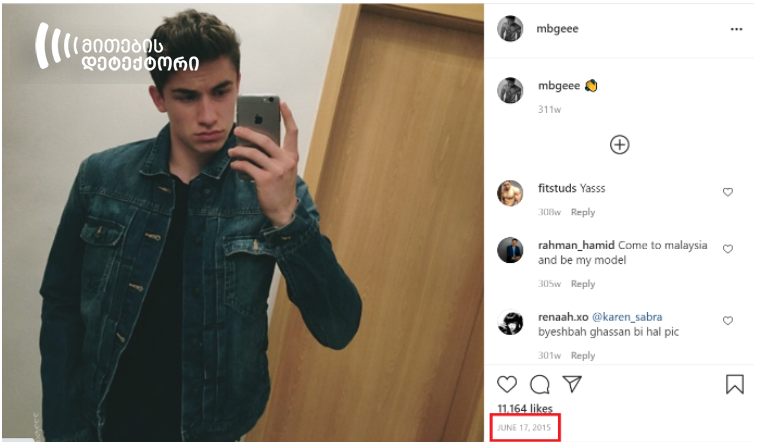 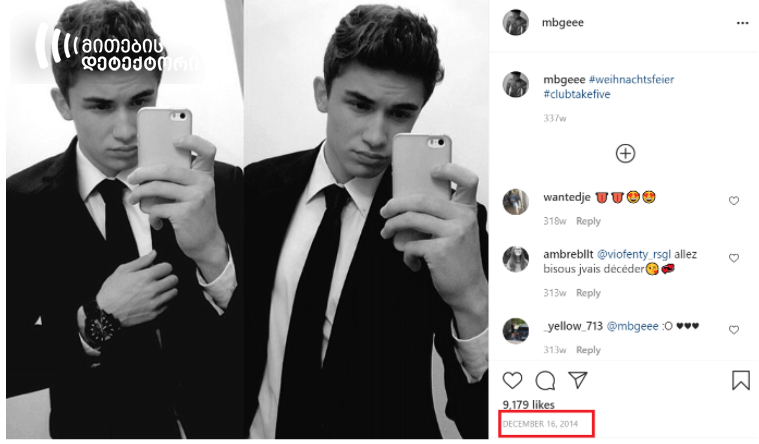 P.S. Embassy of Turkey in Georgia confirmed to “Myth Detector” that Ambassador Fatma Ceren Yazgan did not make such statement on Namakhvani HPP.