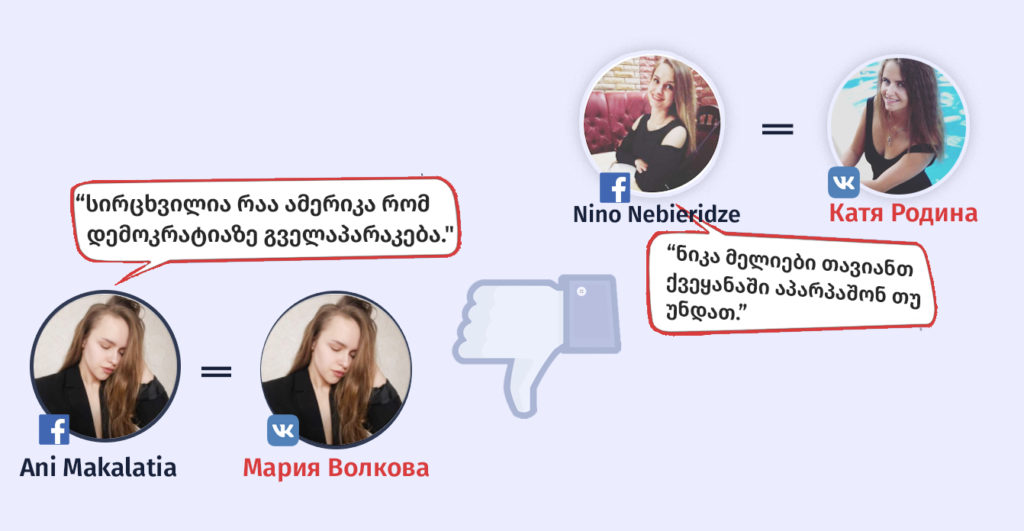 On February 17, based on a decision of Tbilisi City Court, the bail for a leader of the United National Movement (UNM), Nika Melia, was replaced with imprisonment. Melia was arrested on February 23 in the office of the opposition. The arrest of one of the leaders of the opposition was followed by protest and harsh statements by international partners. In parallel, anti-opposition pages and pro-governmental trolls became more active on social media – who, on the one hand, considered the government’s decision as an expression of the rule of law, and, on the other hand, were discrediting the United National Movement. In addition, the fake accounts tried to sow distrust towards Georgia’s Western partners and were showcasing them as executioners of the UNM’s orders. As for anti-opposition Facebook pages, they were mainly working in a coordinated fashion and were publishing posts with identical content and visuals.

Governmental trolls and anti-oppositional pages actively engaged in the discreditation campaign targeting the West. Their messages often targeted the US – they recalled the storming of the US Capitol, were comparing it to the storming of the Parliament of Georgia and hinted at double standards. They also emphasized that the US does not have moral right to speak of democracy. Messages disseminated by trolls and anti-opposition Facebook pages in social media match the messages by governmental experts – something that Myth Detector has already written about.

Anti-oppositional Facebook page სექტა: “US Embassy Tbilisi, Georgia should rather take care of themselves instead of protecting Melia – you were carrying dead people from US Capitol”. 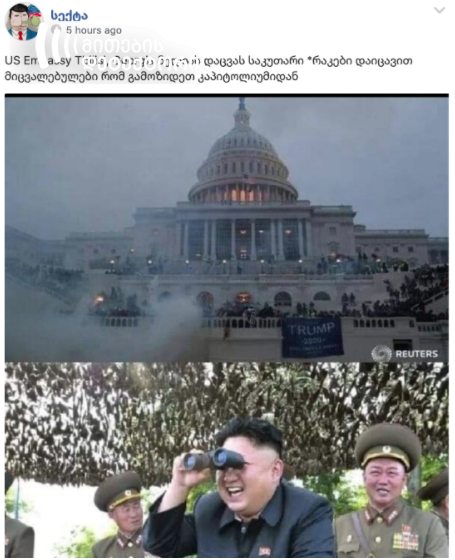 Administrator of a pro-government Facebook page “ლიდერი 41”, Davit Tordia was sharing pictures of storming the US Capitol with a caption: “Ambassadors did not express concern when the US Capitol was stormed…”.
This was followed by trolls’ comments:

Nino Nebieridze, with an identity stolen from “Катя Родина”: “God, what are they even talking about? Did not they kill people in US Capitol? Are not they killing black people? They are wise in a war which is not theirs, these wannabee democrats ? They can let Nika Melia roam large in their own country.”

Ani Makalatia, with an identity stolen from “Мария Волкова”: “It is such a shame that America talks to us about democracy. We do not have a short memory like you do – we remember the US Capitol events.”

A pro-Russian troll Daat Tsabadze created a Russia-US dichotomy. He cynically wrote that storming the office of an oppositional party and arresting a participant of the storming of the Parliament is, as it turns out, a Russian method, while the storming of the US Capitol by the people who have different opinions and shooting five of them – an example of American democracy. Later, the fake account deleted this post. 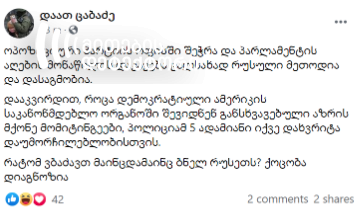 Facebook accounts, including trolls, were reacting to the visit of the Head of Foreign Relations Committee of the Parliament of Lithuania, Žygimantas Pavilionis, and his call towards de-escalation with discrediting comments – something that also became evident in messages by supporters of the government and the government itself, too, as they all accused the Lithuanian MP of having ties with the UNM and working in their interests.

Trolls also posted offensive comments after a critical statement, made by the Ambassador of the EU to Georgia about the arrest of the opposition leader: 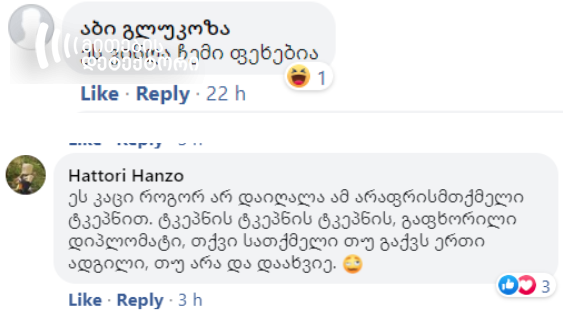 Same pages were publishing the collage of videos of Nika Melia’s arrest and his statements with intervals of several minutes. 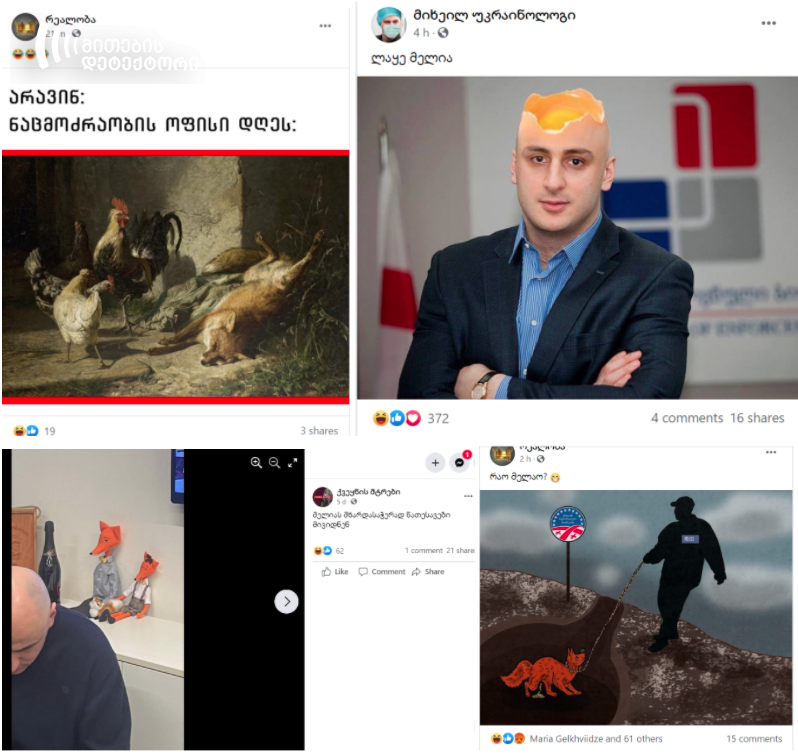 Trolls that are stealing other people’s identities

Old pro-government trolls, exposed by the Media Development Fund in November 2020, were also engaged in the pro-government and anti-opposition campaign as well.