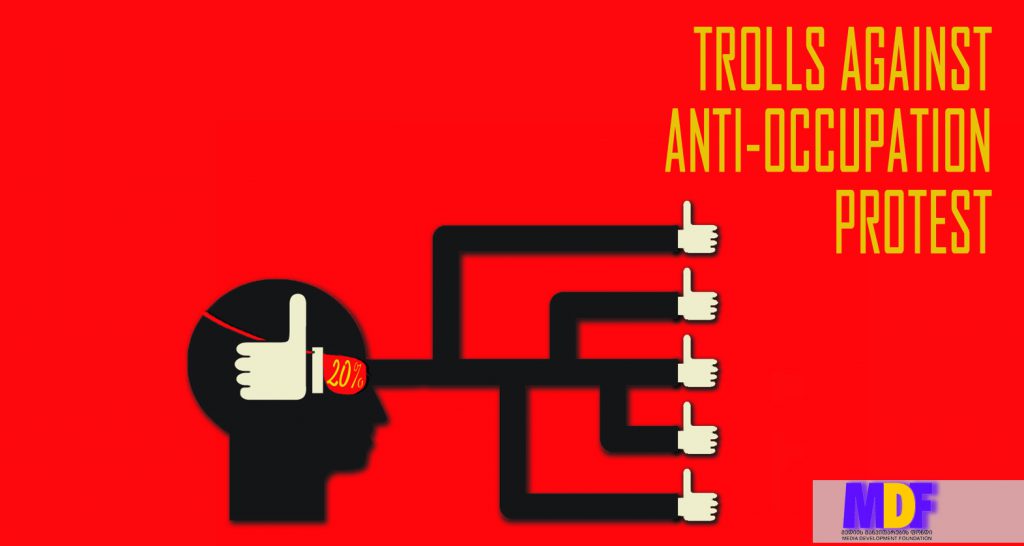 The appearance of Russian State Duma MP from the Communist Party, Sergei Gavrilov in the Georgian Parliament Speaker’s seat during the session of the Inter-parliamentary Assembly on Orthodoxy (IAO) on June 20, 2019 sparked protest among the parliamentary opposition and Georgian citizens, who started gathering outside the Parliament building. The anti-occupation rally dubbed “It’s a Shame!” has acquired a permanent nature after police violently dispersed the protesters on the first day of protest. The protesters are now demanding resignation of Interior Minister Giorgi Gakharia citing violent dispersal of the June 20 rally as the reason.

A campaign discrediting the protest rallies has been unleashed in social networks with an active involvement of pro-government, as well as pro-Russian and hate group trolls and Facebook pages.

The present report identifies government, pro-Russian and hate group trolls and focuses on the compliance of their messages and different tactics. In its future report (Part II), the Media Development Foundation will review the results of monitoring of the same groups’ Facebook pages.

Monitoring of Facebook trolls was conducted in a period between June 20 and July 15 and it also covered other developments related to the anti-occupation protests during the same period.