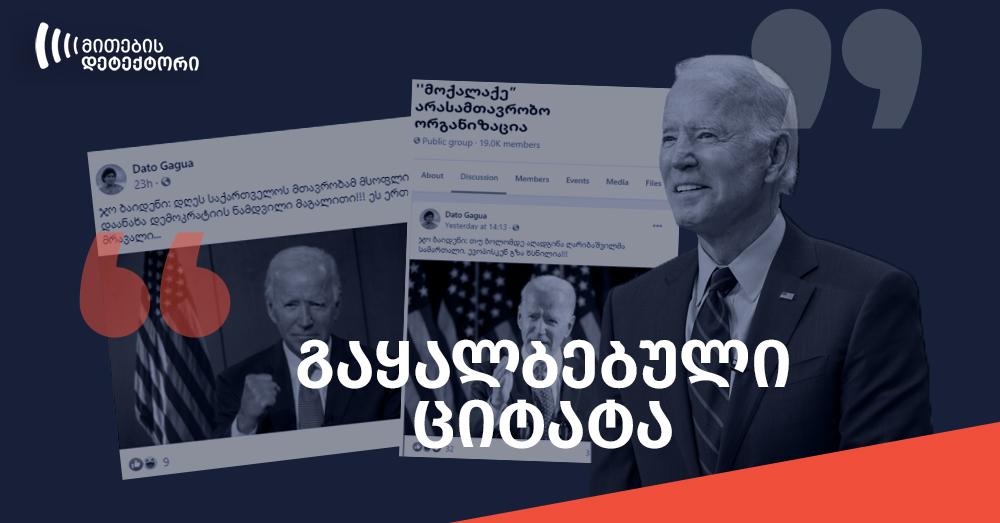 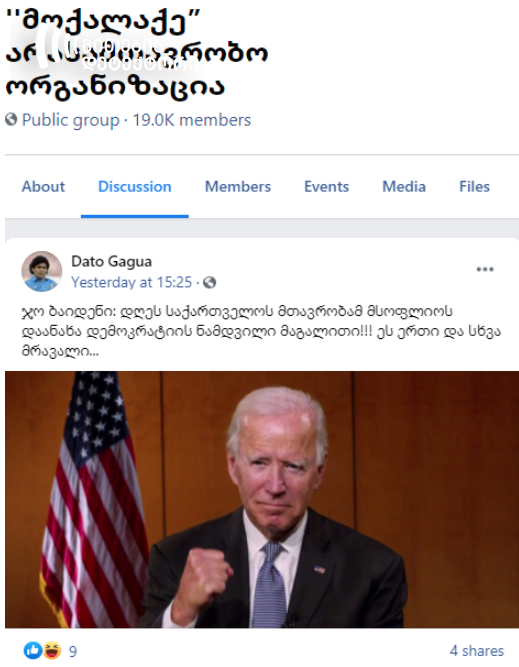 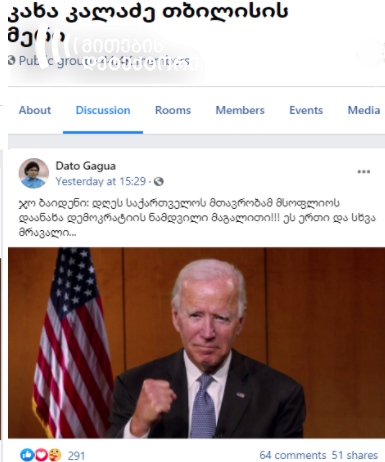 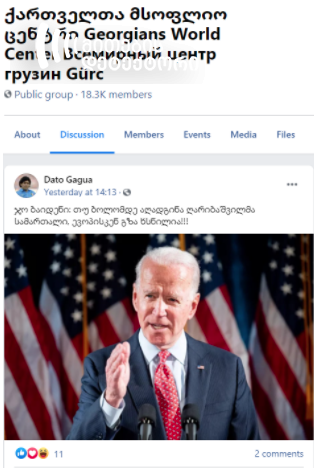 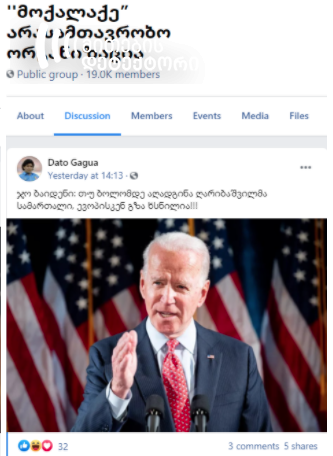 Biden’s quotes disseminated in the Facebook groups are fabricated and give off the impression that the U.S president perceives the arrest of Nika Melia as an example of democracy and restoration of justice by Prime Minister Irakli Gharibashvili.

On February 23, U.S State Department published a statement about the arrest of Nika Melia, the chairman of the “United National Movement” opposition party, and expressed their concerns. The statement notes that force and aggression are not the solution to Georgia’s political differences.

On February 24, The White House National Security Advisor Jake Sullivan also responded to the arrest of Nika Melia. He called on all sides to avoid escalation and return to negotiations in support of Georgian democracy and expressed his concerns about the arrest itself.

Joe Biden himself didn’t respond to the current events in Georgia nor did he make such a statement about Irakli Gharibashvili.

Facebook user Dato Gagua, whose profile link reads eristavigia, hides his identity and has the photo of Argentinean football player Diego Maradona uploaded on his profile. Given his cover photo and the liked pages, Dato Gagua is a “Georgian Dream” supporter.

Clicking on the user link reveals that Dato Gagua was actually Dato Goguadze in the past. The Google search on Dato Goguadze shows the user with the aforesaid name and surname, however, once we go to the link, we see that his current name is Dato Gagua. 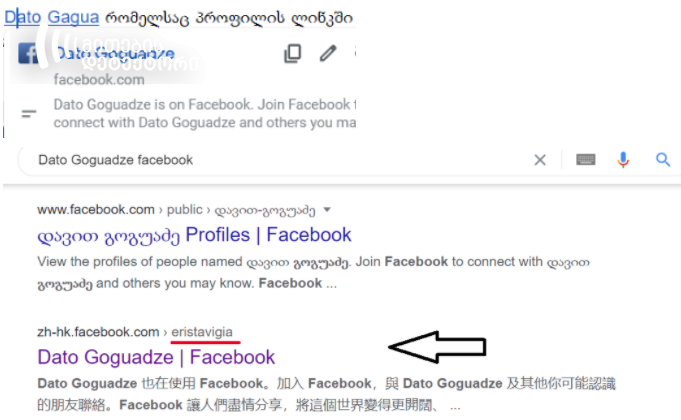 The user shares posts that support the government and discredit National Movement: 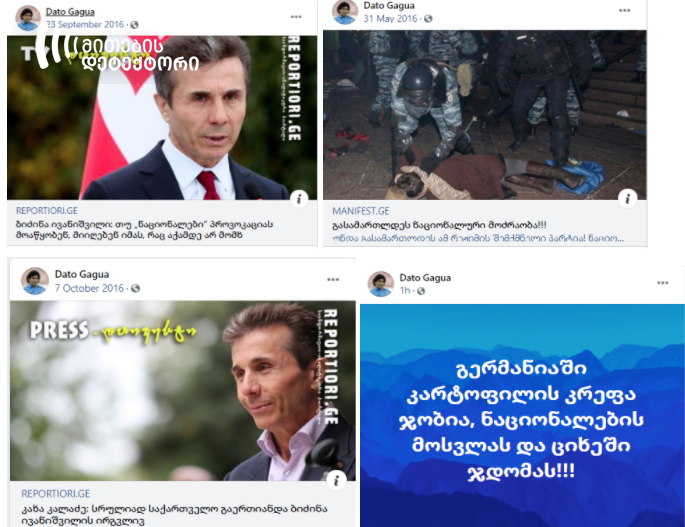 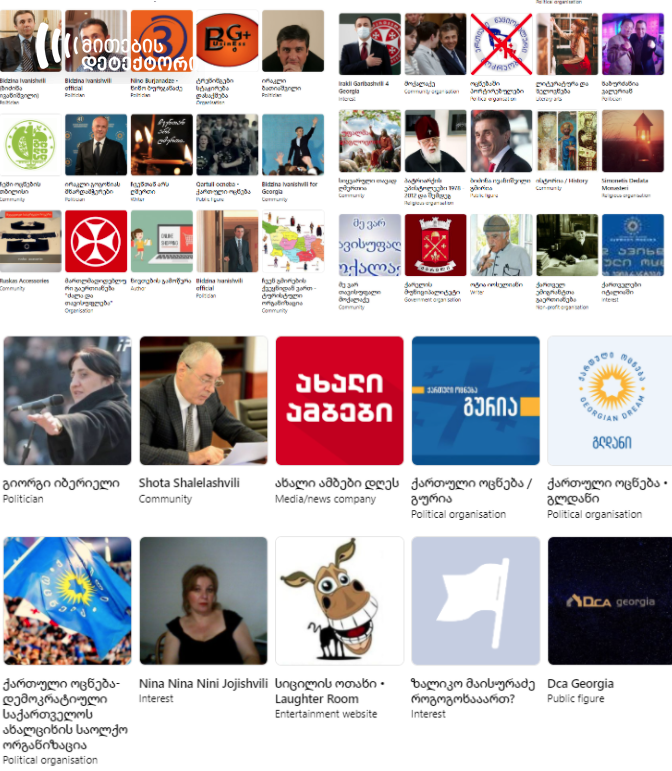