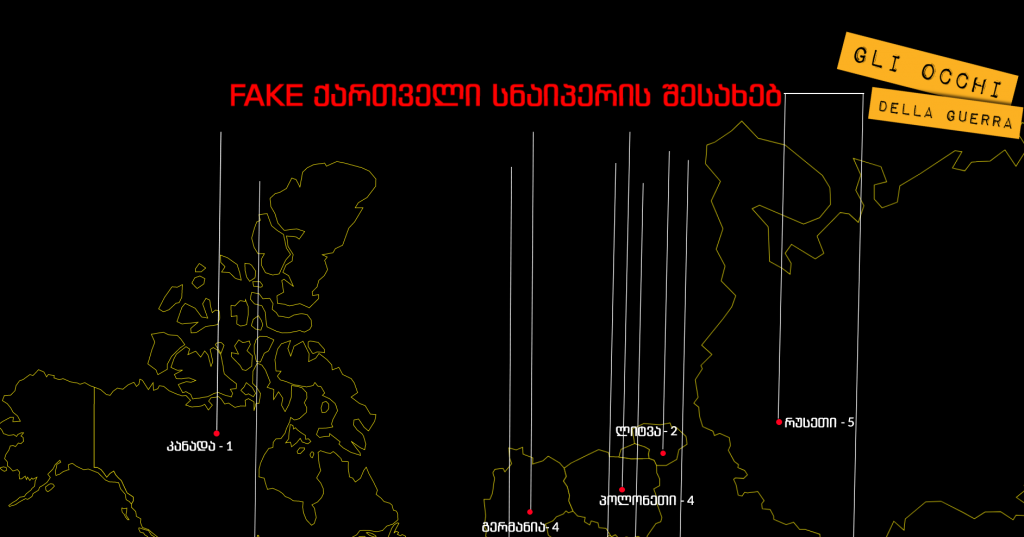 In the interview with Georgian tabloid Asaval-Dasavali on November 27, General Tristan Tsitelashvili, who was accused in Georgia of spying in favor of Russia, underpinned the opinions voiced in the fake documentary on Georgian snipers’ participation in the Maidan Developments. Tsitelashvili blames “western residents” and Georgia’s ex-President Mikheil Saakashvili for the Maidan developments.

The documentary was debunked by Stop Fake, Myth Detector, The Insider and BBC Monitoring.
The evidence provided in the documentary made by an Italian journalist contains factual inaccuracies and manipulations:

Besides the above mentioned factors, BBC Monitoring focuses on the identity of one of Georgian snipers. To prove that Georgian snipers were shooting at peaceful protesters on the Maidan Square, one of the respondents in the documentary, Giorgi Revazishvili points at old footages of Maidan, claiming that he is among the three persons featuring in the footage. BBC Monitoring decided to track down the footage. As a result, it turned out to be released by the pro-Kremlin TV channel Life on December 1, 2016, along with an article. The footage does not even mention Revazishvili’s name. Instead, the report identifies the man Revazishvili claims is him as Giorgi Svaridze, a veteran of the war in Georgia’s breakaway region of Abkhazia.

Russian TV channel Life refers just to General Tristan Tsitelashvili when disseminating disinformation about Georgian snipers’ participation in the Maidan developments. In a lengthy story prepared by Life on December 1, 2016, Tsitelashvili claims that he had “authentic” evidence about the identities of Georgian snipers and their leaders. The fake documentary prepared by Italian journalist and disseminated by media outlets of at least 10 countries that is shown on the following infographics: 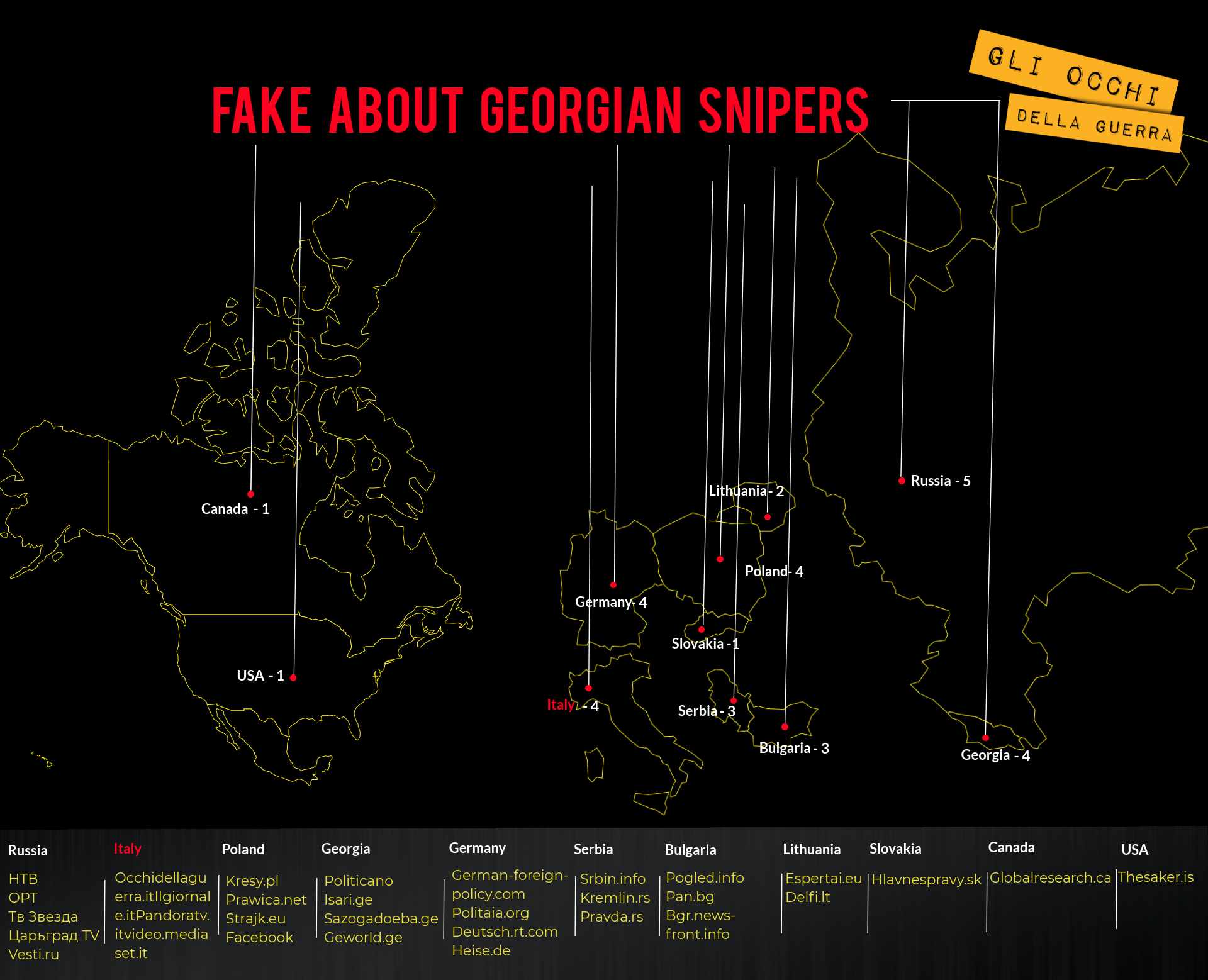 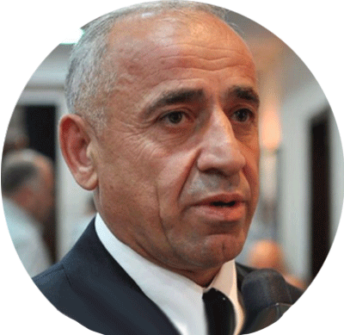