Traffic jam or protest rally over the increase in fuel prices – what does the photo depict? 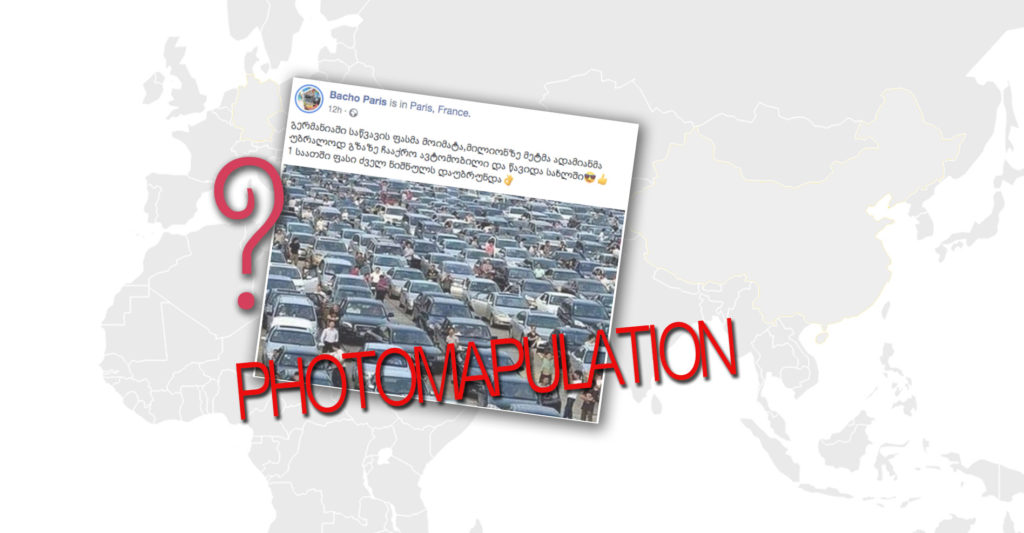 On October 7, a Facebook user Bacho Paris shared a photo depicting people that got out of their cars on the street. The photo has the following description:

Fuel price has increased in Germany; over a million people simply turned off cars on the street and went home. 😎👍  Price returned to the old mark in an hour 👌” 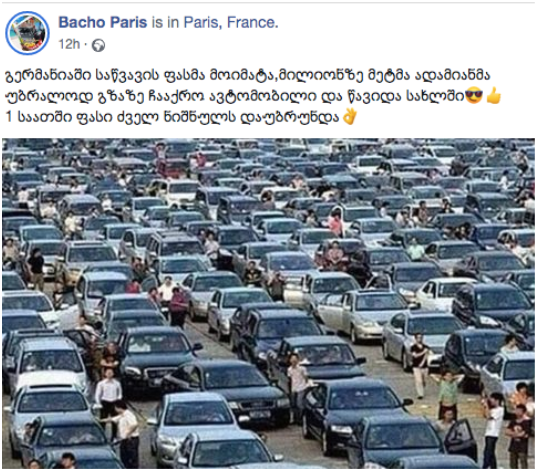 The description of the photo is false. In reality, the photo depicts the traffic jam in China and is not linked to the increase in fuel prices in Germany.

Photo verification revealed that the earliest identical visual dates back to 2012 and can be found in achieves of the British Telegraph. Article with the title “Gridlock as China begins its ‘Golden Week’ Holidays” is about the 2012 decision of the Chinese government to temporarily suspend motorway tolls during the Mid-Autumn Festival.  As a result, 86 million people took the roads and spent the first day of vacation in gridlock. The mentioned photo depicts cars in a traffic jam in Shenzhen city, Guangdong province in 2012 after the Chinese government decided to temporarily suspend motorway tolls during Mid-Autumn Festival.

This was the first time in a decade that Chinese highways were free and many families wanted to benefit from the ‘gift’ during an eight-day national holiday.

It is noteworthy that the photo was attributed to various events at different times and has been actively disseminated on social media in various countries since 2017. 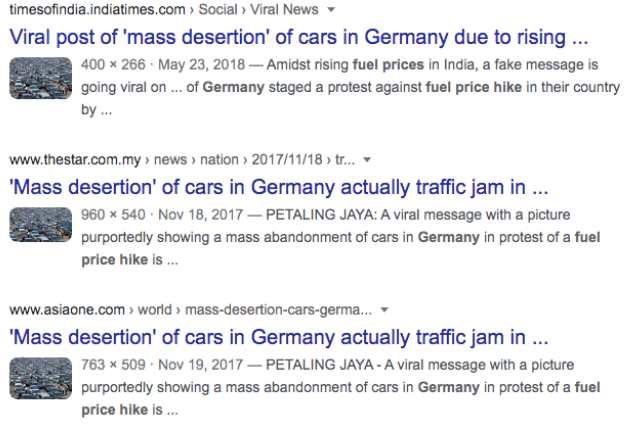