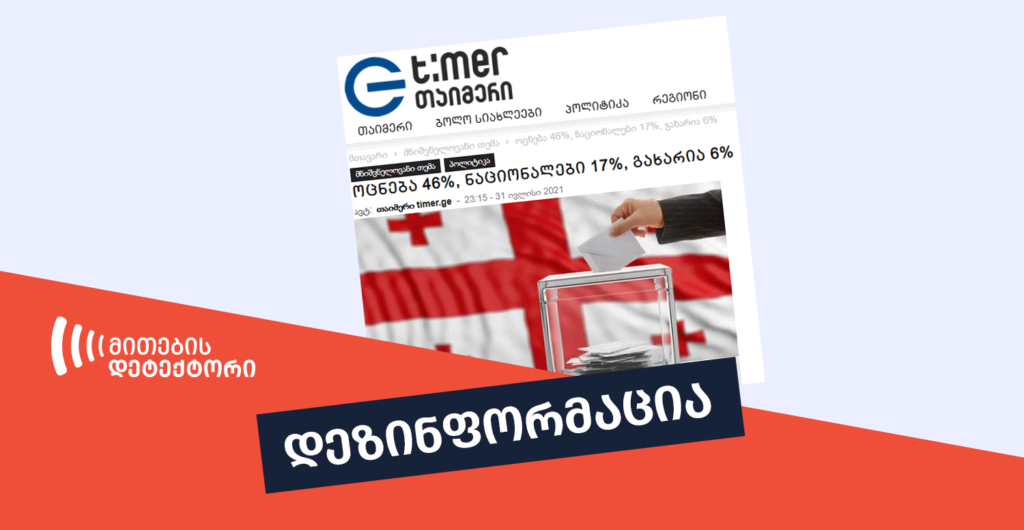 On July 31st, online outlet Timer.ge shared an article titled: “Georgian Dream 46%, UNM 17%, Gakharia 6%.” According to the content, the survey ordered by the U.S. Embassy in Georgia revealed that 46% of the respondents support the “Georgian Dream” party, 17% supports the United National Movement, and 6% supports Giorgi Gakharia’s party “For Georgia.” Party “Lelo” takes fourth place, while the remaining ones share an insignificant share of total votes. 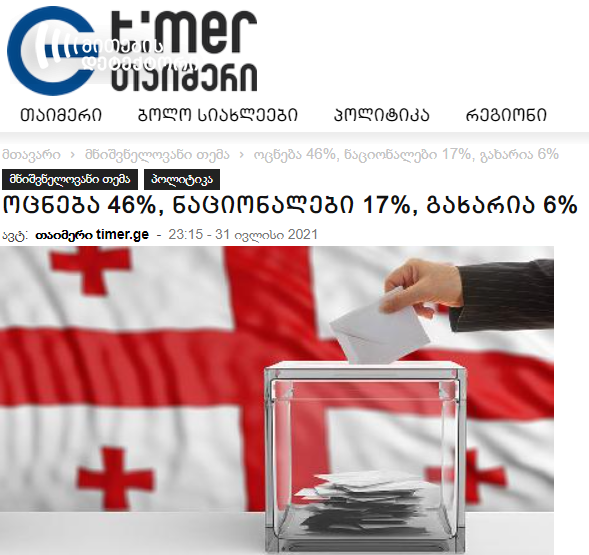 The claim that the US Embassy-funded survey revealed that 46% of the respondents support the “Georgian Dream” party, 17% supports the United National Movement, and 6% supports Giorgi Gakharia’s party “For Georgia” is false. In reality, the U.S. Embassy never ordered a public opinion survey, while the USAID-funded research carried out by the International Republican Institute (IRI) shows that the “Georgian Dream” is supported by 26% of the respondents and not 46%.

“Myth Detector” contacted the U.S. Embassy in Tbilisi, which has denied ordering any kind of public opinion survey.

The results of the International Republican Institute’s (IRI) pre-election public opinion survey were published on August 2nd. According to the IRI, the research was funded with the support of the American people and the help of the U.S. Agency for International Development. The results cover the data collected during June 15-30th by the mean of face-to-face interviews with 1500 respondents.

One of the survey questions concerned the support for political parties. For the question, if the October 2021 municipal elections were held this coming week, the ranking is as follows: 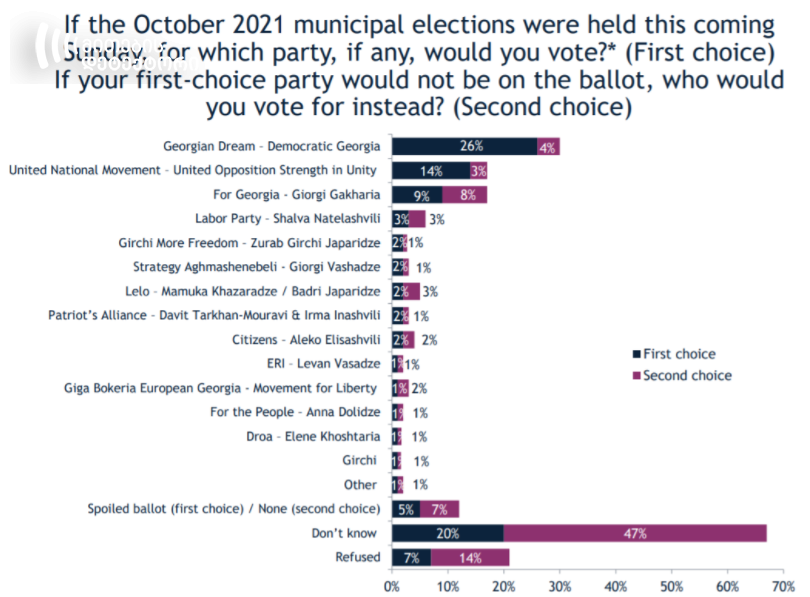 It is noteworthy that the article by Timer.ge does not indicate the date, the exact formulation of the question, the organization that carried out the research and other important information necessary for representing the results of a public opinion survey.