Tiktok account created in the name of Salome Zurabishvili is fake 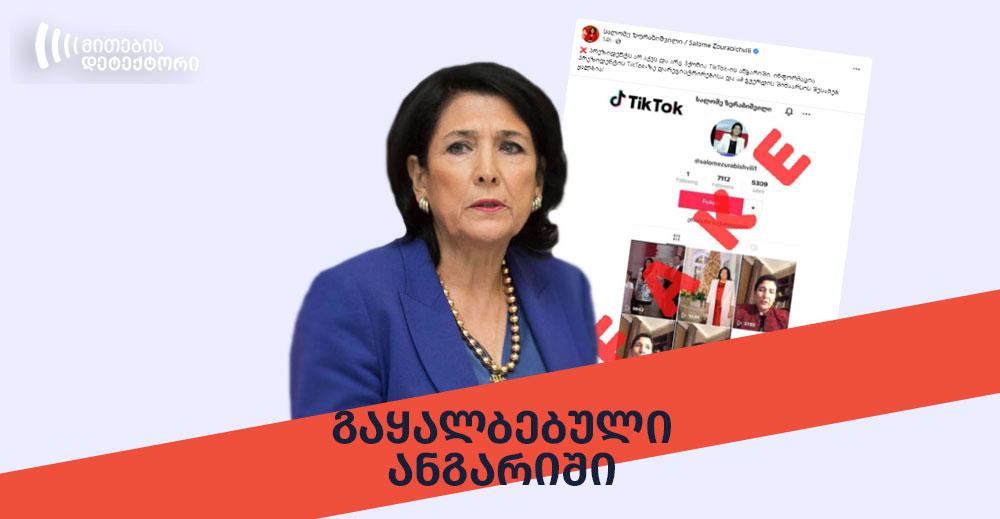 Update: After “Myth Detector” published an article about the mentioned topic, itar.ge corrected the initial information and newposts.ge deleted it.

On March 11-12, webpages newposts.ge, itar.ge and www.ge disseminated information that Georgian President Salome Zurabishvili has registered on the social network Tiktok and even uploaded several videos. 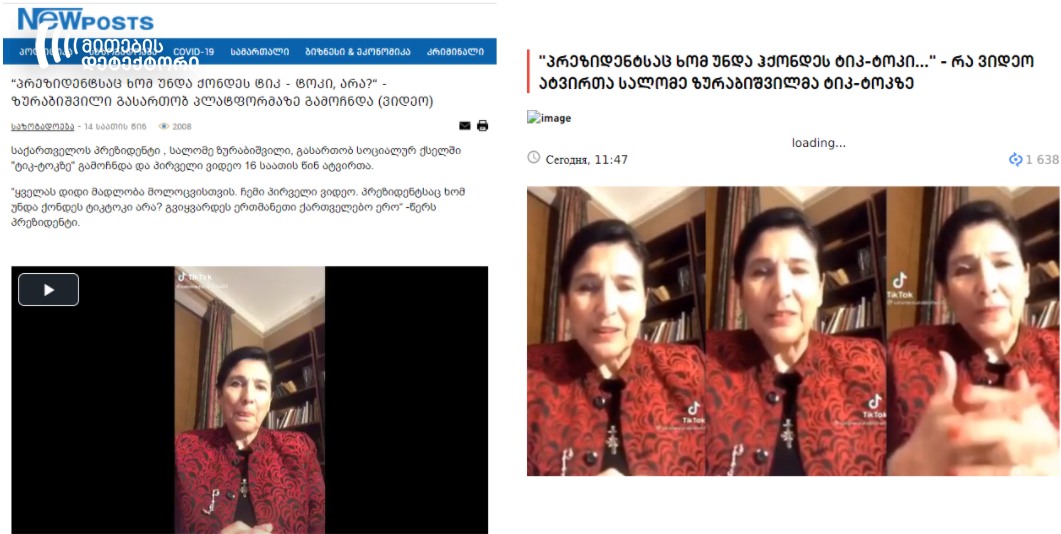 The TikTok account created in the name of Salome Zurabishvili is fake. Zurabishvili denied the authenticity of the information on her official Facebook page and wrote that she doesn’t have a Tiktok account nor has she ever had one.

Information about Salome Zurabishvili’s fake Tiktok account was disseminated on the evening of March 11. Zurabishvili promptly responded to the incident and wrote on the Official Facebook page stating that the Tiktok account created in her name is fake. 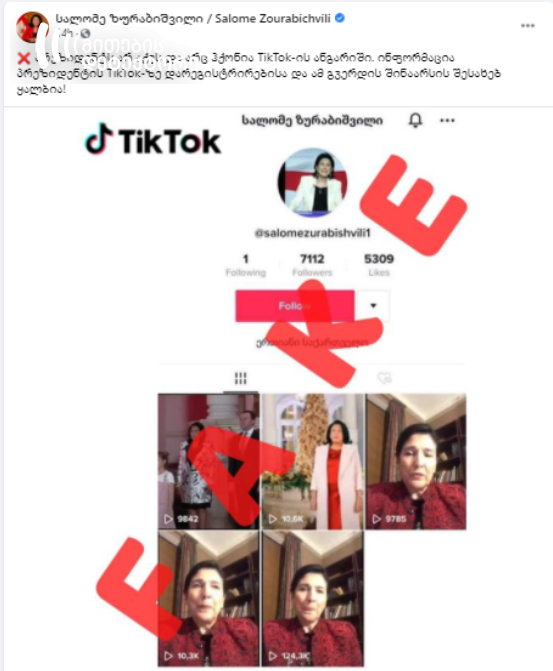 As of 16:00, March 12, the aforesaid information is published on the following web-pages: newposts.ge, itar.ge and www.ge

Currently, the Tiktok account has a profile photo of Zurabishvili, while all the videos are removed. 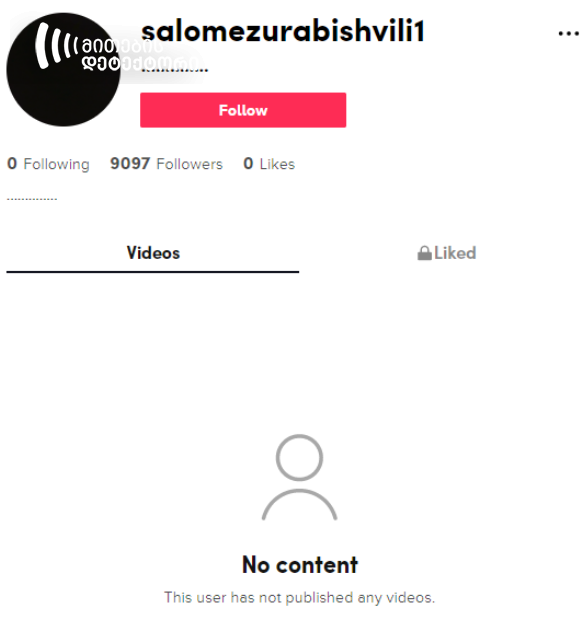