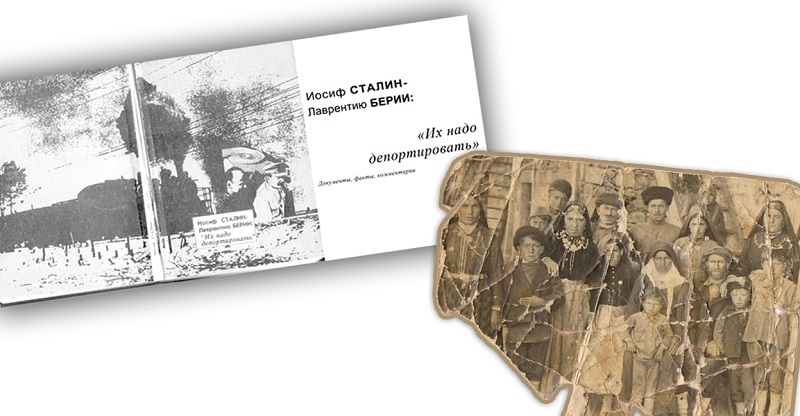 One of such interviews was published by online edition Georgia and World on December 18, 2019 with a headline “Unfortunately, many of present rulers are openly lobbying Turkish interests.” Nikoloz Mzhavanadze of the Rights’ Defenders Union echoed the myths about the Meskhetians and linked this process to the Council of Europe in a negative context (“partner” CoE’s “recommendation”). In the interview, Mzhavanadze referred to the Meskhetians deported from Samtskhe-Javakheti in 1944 as the Turks rather than the victims of Soviet repressions, citing their alleged links to fascists as the reason of deportation.

The Myth Detector offers three myths about the deported Meskhetians as well as the facts we need to know about the people deported by the Soviet regime.

Myth N1: The Meskhetians served as a Nazi stronghold.

Real fact N1: More than 30,000 Muslim Meskhetians were fighting on the side of the Soviet Union during World War II against fascists.

The Soviet Union launched its fight against Meskhetians as far back as 1923, when ethnic Georgian Meskhetians were registered as “Azerbaijanis,” their Georgian surnames were changed to Azerbaijani, while Meskheti was turned into a cultural autonomy of Azerbaijan. In July 1944, Joseph Stalin instructed Lavrentiy Beria to deport the population from Georgian regions, among them “86,000” Turks from Akhaltsikhe, Adigeni, Aspindza, Bogdanovka districts and Adjara region.

The Soviet government listed a number of arguments to justify its ethnic engineering policy. The most common argument named by them was a threat coming from those people; however, most of 100,000 deported people were women and children. More than 30,000 Muslim Meskhetians were fighting on the side of the Soviet Union during World War II against fascists. Upon their return to Samtskhe-Javakheti, they found their houses nailed.

The people deported from Samtskhe-Javakheti were settled to Central Asia, where they had to get involved in some conflicts. The Soviet Union pursued the same policy in respect of other countries as well. It forced part of people to leave their homeland and then settled “more reliable” groups on the abandoned territory. For example, Russians were settled on the Baltic land following the deportation of local population. Furthermore, due to its deportation policy, the Soviet Union managed to transfer labor resources to various countries. 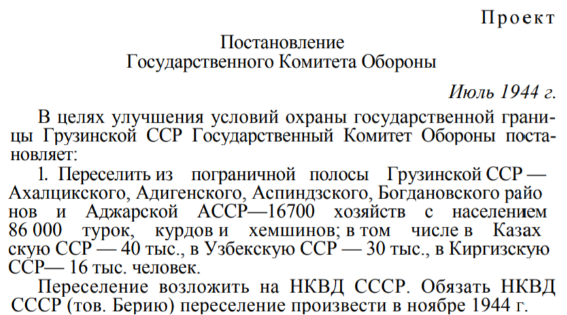 Myth N2: The Council of Europe’s recommendation on returning the Meskhetians is the result of Turkish efforts.

Real fact N2: Georgia undertook a commitment over the repatriation of Meskhetians upon accession to the Council of Europe.

Upon accession to the Council of Europe in 1999, Georgia undertook a commitment over the repatriation of the deported Meskhetians. The Council of Europe is the continent’s leading human rights organization committed to protect human rights, democracy and the rule of law. The repatriation system is based on the restoration of historical justice, the principles of dignified and voluntary return, and envisages gradual repatriation. During the Soviet period, the deported Meskhetians, who were citizens of Soviet Georgia, found shelter in various countries. Just therefore, Georgia undertook the commitment to repatriate its own citizens.

As the country’s political turmoil gradually subsided with Eduard Shevardnadze coming to power as Georgia’s second president, the situation surrounding the Meskhetians began to look up. While Shevardnadze was not generally supportive of the idea of repatriation, Georgia’s course to join the international community brought their plight out into the open. In 1996, CIS member states gathered at the conference to discuss the problems faced by refugees and displaced persons of the former Soviet Union. The event was jointly organized by the Organization for Security and Co-operation in Europe (OSCE), the United Nations High Commissioner for Refugees (UNHCR), and the International Organization for Migration (IOM). Participants of the CIS Conference proclaimed that “persons belonging to formerly deported peoples have the right to voluntary return.”

Restoration of historical justice for the individuals willing to return to their homeland is really important. History of the Meskhetians during deportation and in the aftermath is quite tragic and is associated with a lot of facts of inhuman treatment. According to various sources, 17,000 people died during the deportation because conditions were extremely severe and many of them failed to survive. One of the deported citizens, Nazira Vachnadze notes in her book that the pandemic killed a lot of people on their road to Central Asia. They also faced shortages of food and medical treatment.

The deported Meskhetians had to work in special ghettos under extremely severe conditions. It is worth noting that the Meskhetians were again targeted during the last years of the Soviet Union. Along with disintegration of the Soviet Union, an aggressive form of nationalism emerged in various countries, including in Uzbekistan, where the deported Meskhetians were residing. At the end of 1988, ethnic conflicts had already broken out in the cities of Tashkent and Andizhan with the local population assaulting Russians, Tatars and other non-Uzbek groups. Over the spring of 1989, ethnic violence began to rise in the Fergana Valley, resulting in the deaths of dozens of Meskhetians. With riots raging throughout several cities, nearly 50,000 Meskhetians left Uzbekistan, not only from Fergana but also from other parts of Uzbekistan, most resettling in Azerbaijan and other countries.

Noteworthy that violent crimes committed against the Meskhetians attracted the international community’s attention following the disintegration of USSR, prompting it to solve the problem and protect the rights of Meskhetians willing to return to their homeland. 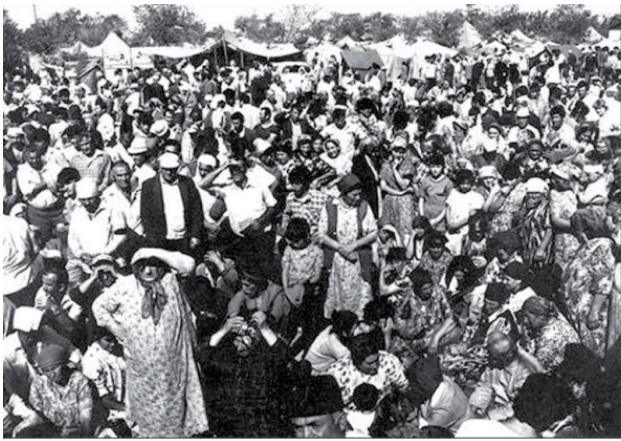 Myth N3: People deported from Samtskhe-Javakheti were the Turks and not the Meskhetians.

Real fact N3: The origin of Meskhetians deported from Samtskhe-Javakheti is a matter of dispute among historians.

The Meskhetians forcibly displaced from the Meskheti region of Georgian SSR to the Central Asian countries by the Soviet regime in the 1940s are referred to as Meskhetian Turks/Muslim Meskhetians. In the decrees or letters related to their deportation, the Soviet Union referred to them as the Turks largely due to their religious identity.

Ethnic origin of the deported Meskhetians is a matter of dispute. Some scientists claim that it was an ethnically Georgian tribe which suffered Turkification during the expansion of the Ottoman Empire. Their opinion is based on the 1870 census conducted in Akhaltsikhe, where 20,855 people were considered Sunni Georgians. It is worth noting that the Meskhetians living in Samtskhe-Javakheti called themselves “yerli musliman,” meaning local Muslim. A part of scientists note that the Meskhetians were ethnic Turks and they fell under Georgian influence. In their opinion, Muslim Meskhetians of that period actually did not differ from Turks of Eastern Anatolia. In the Turkish historical-political discourse, these people were called the Ahiska (Akhaltsikhe) Turks. Nowadays, one part of Meskhetians considers themselves Georgians and another part – Turks. Others have no clear-cut ethnic identity.