Three Lies about the Visa-Free Travel 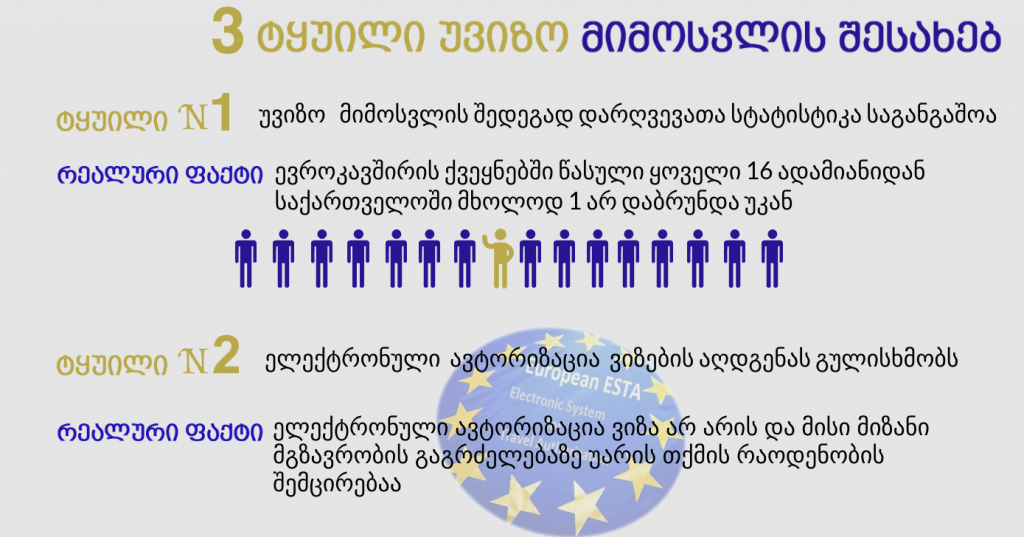 For instance, on October 24, 2017, a Russian edition Commersant published an article titled “Europe Considering Restoring the Visa Regime with Georgia: Travellers to the EU Must Undergo a Preliminary Authorization.” The article notes that the revision of the visa-free regime has been caused by the influx of emigrants from Georgia. An interview by a political scientist, Soso Tsintsadze, is printed there as well, who mentions that the electronic authorization means exactly the re-introduction of visas.

A Georgian edition Newspress published the interview of Soso Tsintsadze given to the Commersant. Just like in the Commersant, the Newspress article from October 25 underlines that the EU plans to introduce the changes only in relation to Georgia. On November 2, 2017, Soso Tsintsadze gave an interview to the Resonance newspaper, where he noted that out of every 10 people who went to the Schengen Area, 7-8 people wanted to stay.

Soso Tsintsadze: “Brussels holds that it opened door to wide for Georgia and it wants to close it a bit with an additional barrier… No one will abolish or even suspend visa liberalization, but they might create additional barriers through various excuses and artificial arguments. Brussels might have had a certain predisposition that Georgia was neither Iraq nor Jews and, therefore, not so many people would stay in search of a job or to live. However, we knew that out of every 10 people, 7-8 had hoped to stay silently. It turned out to be the case and in addition, these numbers have been revealed to be true and there are more data to come.”

The articles published by the Georgian and Russian media, as well as the statistics mentioned by Soso Tsintsadze about the Georgians who stayed in the EU, are manipulative and do not reflect the official data.

Lie #1: The statistics of violating the visa-free travel are alarming
Real facts: Only one out of 16 people who travelled from Georgia to the EU countries, did not return.

The statistical data show that only one out of 16 travellers does not come back to Georgia, which, according to the government agencies, is a stable indicator and is not a matter of concern. It means that Georgia is not under the threat of enactment of the suspension mechanism.

The change that was first discussed in November 2016, implies that the citizens of the third countries with a visa-free regime should receive the right to travel from ETIAS (European Travel Information and Authorisation System) in advance.

The European Commission explains that ETIAS authorization is not the same as visa and it aims to decrease the risks of unregulated migration, as well as to avoid bureaucracy at the border control and decrease the number of denials of entry to the Schengen Area issued by the customs officers. As the Commission explained, 95% of the authorization requests will receive positive evaluation, while the procedure takes only several minutes. In addition, the term of the authorization will be five years.

Citizens of all the countries that are allowed to travel in the Schengen Area will use ETIAS. There are 60 such countries, including: USA, Canada, Vatican City, South American countries, Australia, Israel. 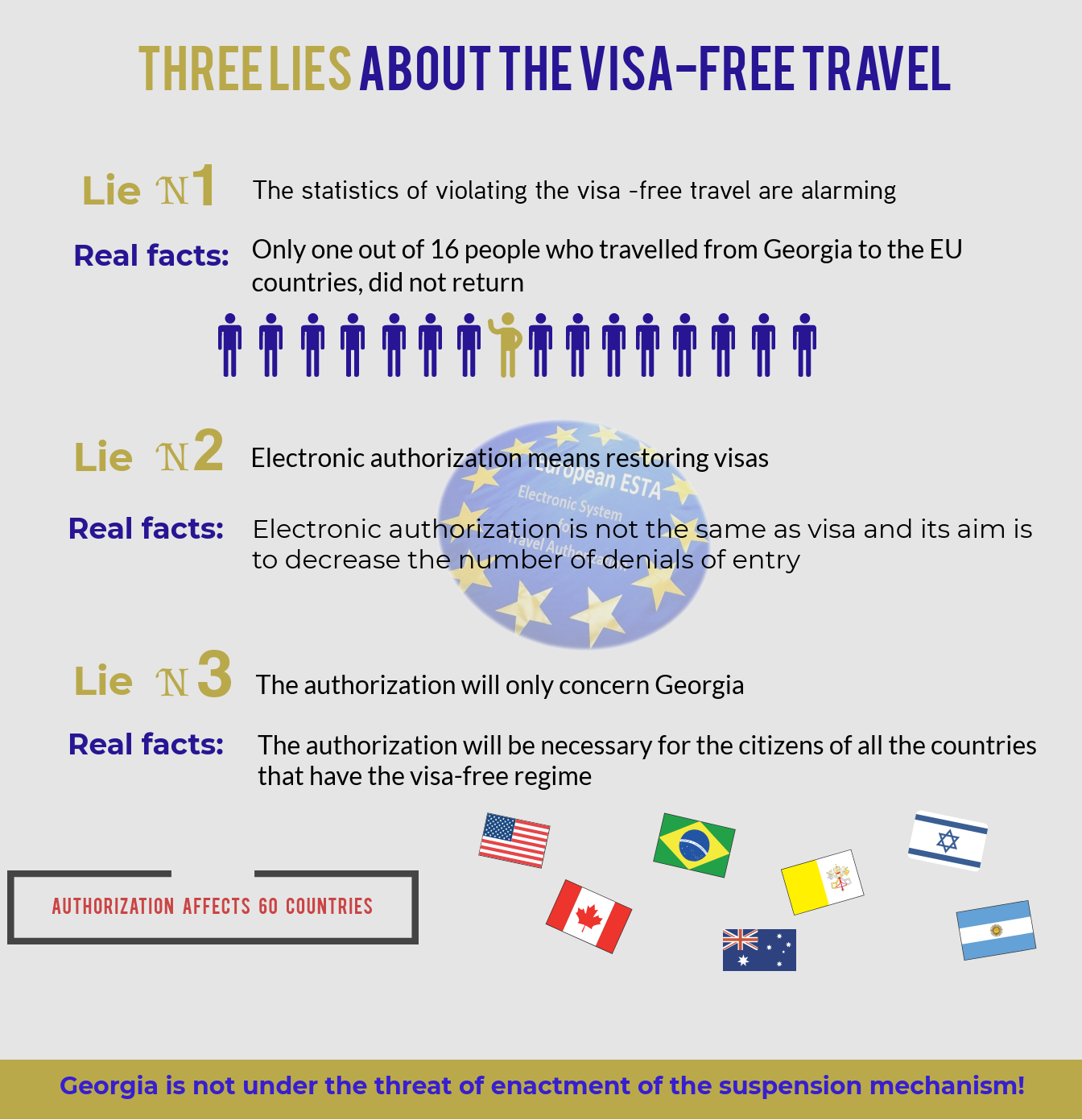 Therefore, the statements holding that the EU is allegedly about to abolish the visa-free regime with Georgia, are manipulative.