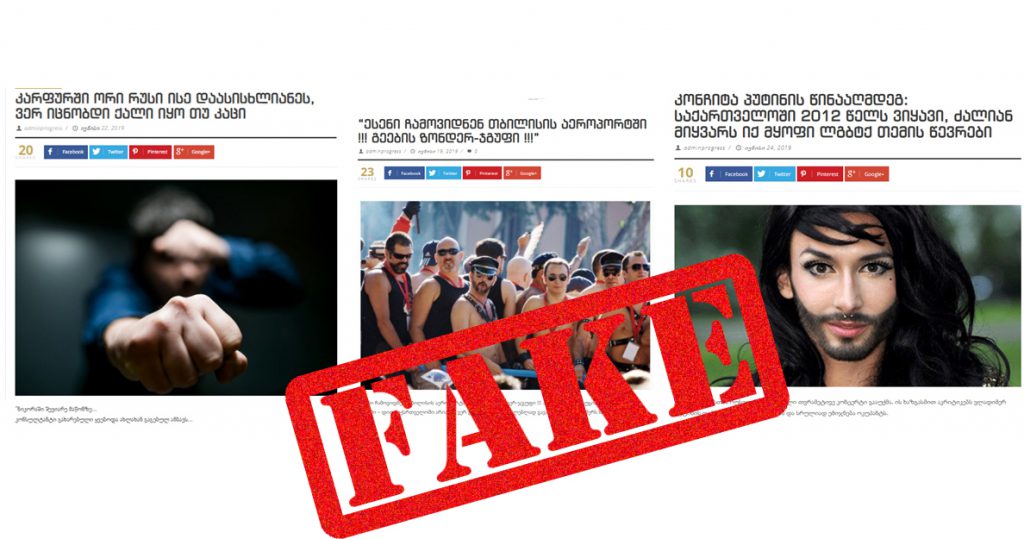 On June 22, 2019, Facebook user Maka Imerlishvili posted on her page that two Russian citizens had been physically assaulted at Hypermarket Carrefour in Tbilisi. She released the post in the context of recent protest rallies in the capital and linked the protesters to the reports spread by her. Maka Imerlishvili’s post was later reposted by online news agency Progressnews (progressnews.ge), which refers to only a single source, without verifying the information. 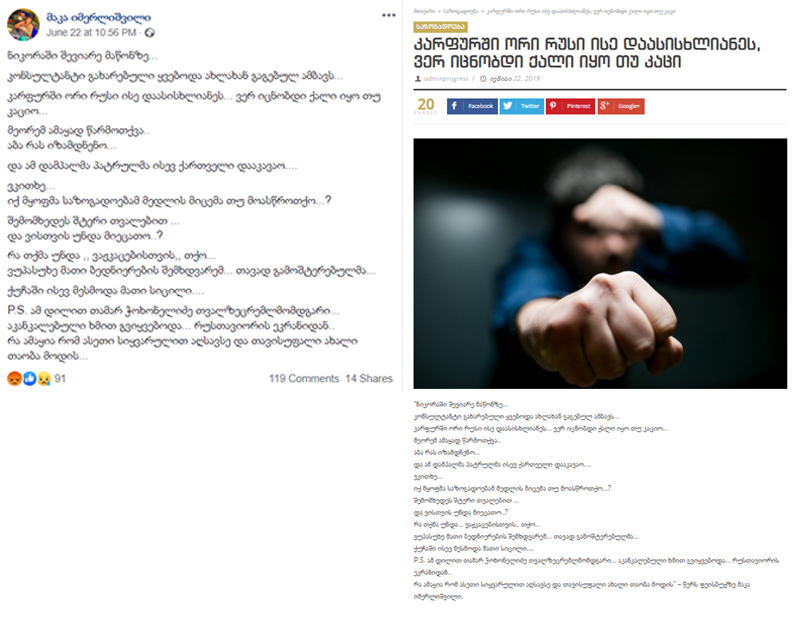 Moreover, Progressnews has reposted two other fake stories from social networks without verifying the sources, amid the June 19-24 protest rallies in Tbilisi: 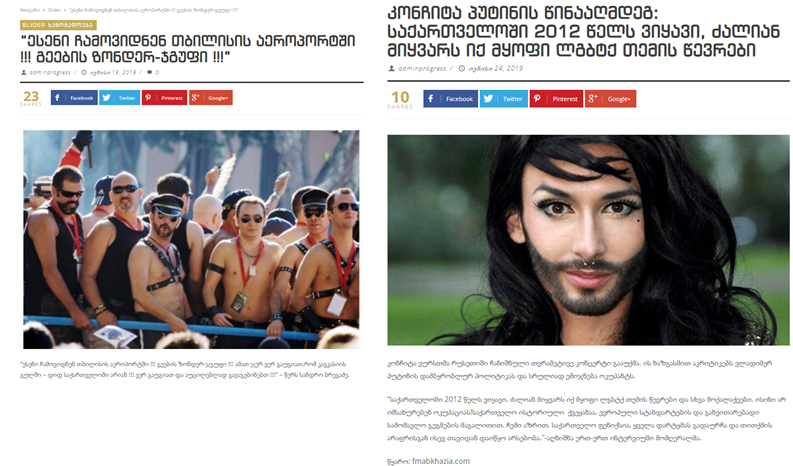 Progressnews released fake news, which went viral on social media, without verifying the sources and all of them represent disinformation. 1. Neither the Interior Ministry, nor Carrefour have confirmed the reports about Russian citizens being physically assaulted at the hypermarket. 2. Sandro Bregadze’s photo about the Tbilisi Airport is manipulative and actually it depicts the Madrid Pride Parade in 2008. 3.  Conchita Wurst has never planned any concerts in Russia. These fake stories serve to discredit the protesters as well as the Pride Parade planned before the protest rallies, as if the protesters are representatives of LGBT community and Russophobes.

To verify the reports, the Myth Detector contacted the Interior Ministry and the Carrefour administration.

An Interior Ministry representative denied the fact, saying that it is “fake news.” No such incident was confirmed by the Hypermarket Carrefour either.

Carrefour: “Neither Russian, nor Chinese, French and other citizens have ever been assaulted at our hypermarket. Such fact has never happened and will never happen in the history of our company.”

Disinformation and photo manipulation N2: A violent group of gays has been brought to the Tbilisi Airport

The report and the photo released by Progressnews referring to Sandro Bregadze as if “a violent group of gays” has been brought to the Tbilisi Airport are manipulative. In reality, the photo depicts the 2008 Madrid Pride and it has been taken by Spanish photographer Roberto Gordo Saez. 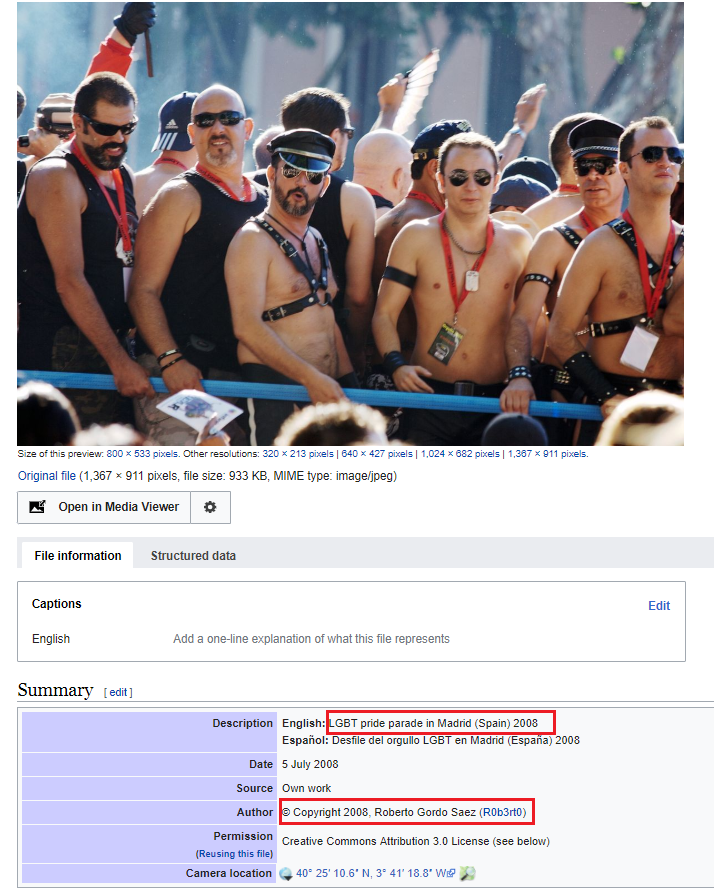 The same photo has been disseminated in social networks and Russian tabloids for years with various manipulative descriptions. 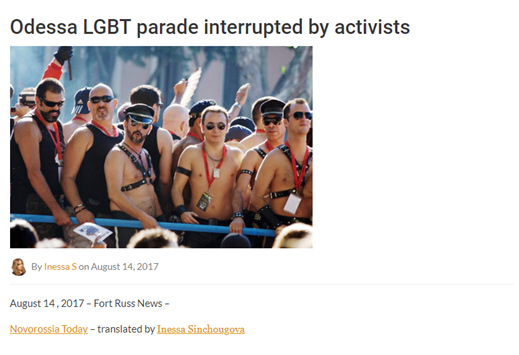 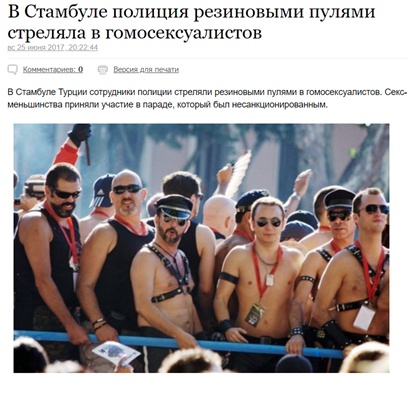 Disinformation N3: Conchita Wurst has canceled the 2019 concerts planned in Russia to express solidarity with Georgia

According to the material released on June 24, Conchita Wurst has cancelled 18 concerts planned in Russia to express solidarity with Georgia. This information has not been confirmed either on the singer’s official website or the social network accounts (@ConchitaWurst). Conchita Wurst’s interview about cancellation of concerts is also very suspicious – the interview provides no detailed information about the places or dates of concerts. In addition, the reliable information sources have spread no information about the planned concerts in Russia.

The primary source of information about Conchita Wurst’s cancelled concerts in Russia is a Georgian-language blog rayanews1.blogspot.com. Only three news stories can be searched on the blog. The first blog post about Conchita Wurst’s concerts is dated June 23, 2019. The second article released on the same day is about “a transgender business lady” and the third one describes Diana Gurtskaia’s attitudes towards Russia.

Progressnews news agency was registered on February 26, 2019. Darejan Meparishvili is its director and a 100% shareholder. According to the description posted on the website, the news agency provides a professional and unbiased coverage of political, social, economic, cultural and other developments taking place in Georgia and beyond its limits. Darejan Meparishvili’s statements are frequently released by a pro-governmental online news agency, Marshalpress. This latter is featuring as the source of hate speech in the respective reports released by the Media Development Foundation.