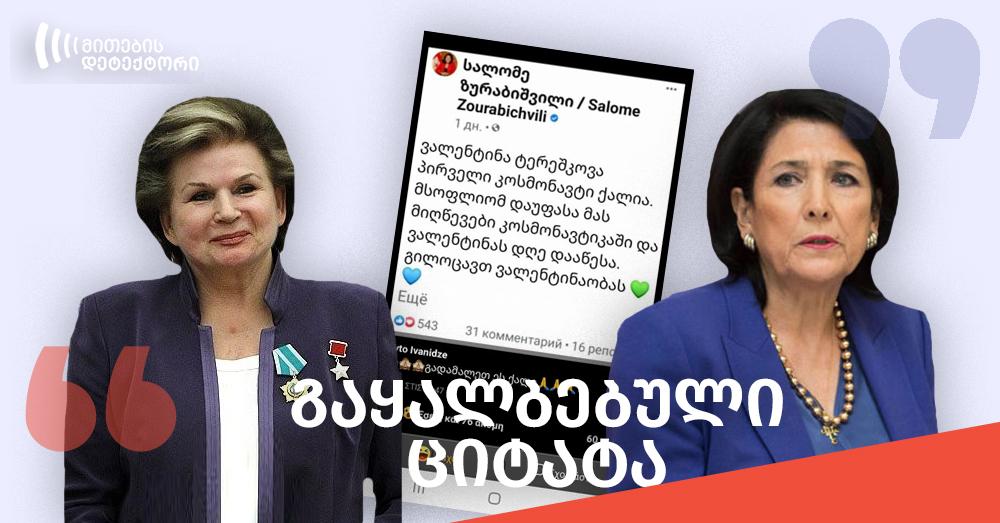 On February 15, a screenshot was spread on the social network, according to which Georgian President Salome Zurabishvili congratulates the society on Valentine’s Day and connects the holiday with the name of Russian cosmonaut, Valentina Tereshkova. Zurabishvili expresses joy in the post, because the world appreciated the results achieved by Tereshkova in cosmonautics and established the day of her name.
The published screen creates the impression that these words belong to Salome Zurabishvili, and that she does not really know whose name the Valentine’s Day is associated with. 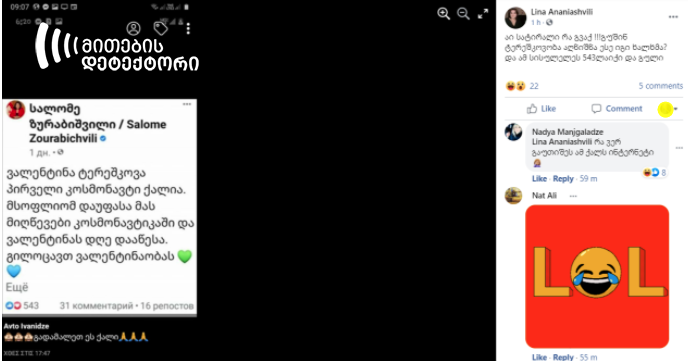 The screenshot spread on the social network is fake and aims to discredit Salome Zurabishvili. Such a statement by the President of Georgia can be found neither on the official Facebook page, nor on her personal profile.

Salome Zurabishvili’s post, in which she congratulates the society on Valentine’s Day and connects the holiday with Tereshkova’s name, is found neither on President’s official page, nor on personal profile. Nor is such a statement by Zurabishvili found in open sources.

The last post on Salome Zurabishvili’s official Facebook page was published on February 13, in which the President of Georgia expresses condolences over the passing of academician Tamaz Gamkrelidze. We learn from the post published on Zurabishvili’s personal Facebook page on February 12, that Georgian full-length film will be screened at the Berlinale.
. 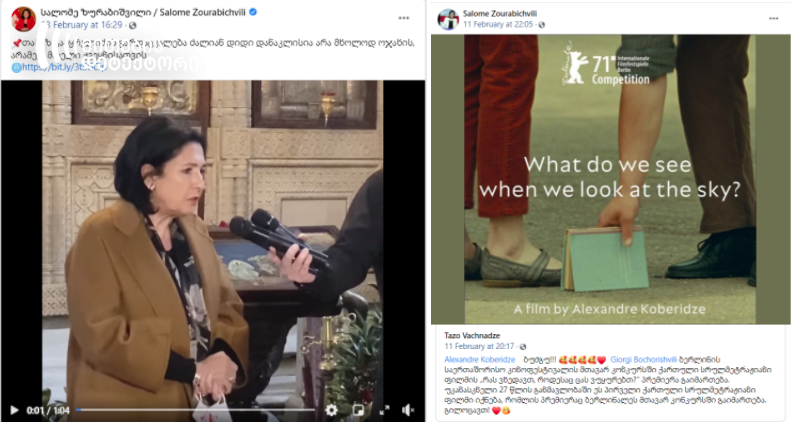 Zurabishvili’s fake screenshot was initially spread by Facebook user Avto Ivanidze with accompanying inscription “Hide this woman” on February 14. At the time, the post can no longer be found. Ivanidze is a supporter of Georgia’s ex-President Mikheil Saakashvili. 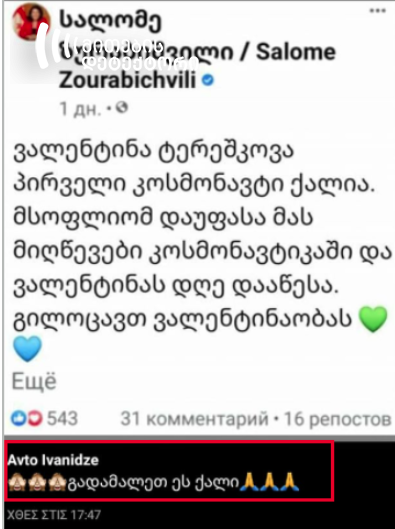